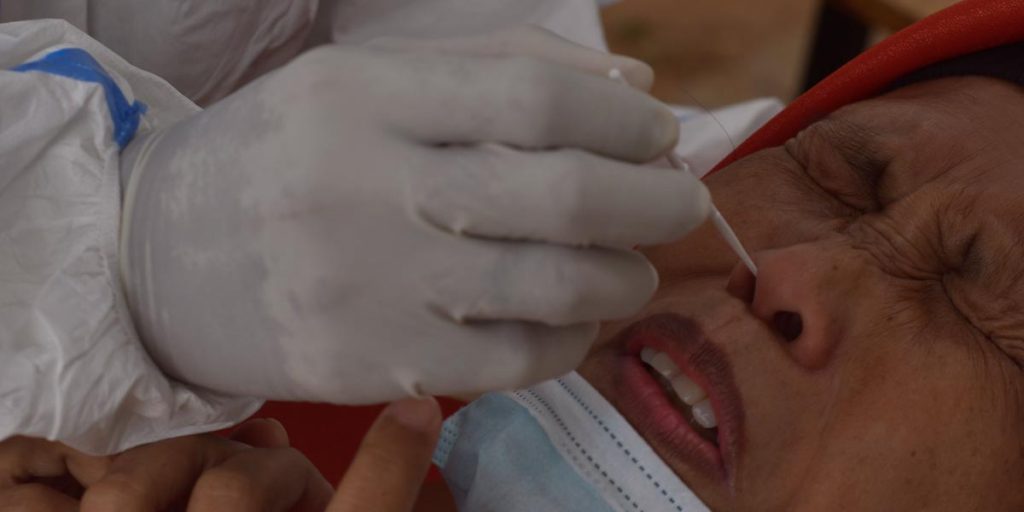 Since last December, more than 9,000 airline passengers who took a coronavirus rapid test as they flew out of Kualanamu International Airport in Medan, Indonesia, may have been tested by having previously used cotton swabs jammed into their noses.

Medan police arrested four workers and a local manager of the major pharmaceutical company Kimia Farma, which was working in conjunction with the airport to help perform the tests. The Medan-based Kimia Farma employees were allegedly washing and repacking cotton swabs for the tests while pocketing up to 1.8 billion rupiah (~$125,000), local police said.

Airline passengers in Indonesia are required to present a negative COVID-19 test result before boarding, and many opt for the convenience of being tested at the airport. Since the alleged swab scam began in December, Kimia Farma workers were testing between 100 and 200 passengers a day at the airport, some with fresh tests and others with tests that apparently involved reused swabs.

The alleged scam came to light when passengers began complaining of false-positive tests, according to the BBC. In response, local police sent an undercover officer to pose as a passenger to get tested. The officer tested positive at the airport but then received a negative test elsewhere. Police raided the airport test site and discovered swab recycling. They also seized more than 149 million rupiah ($10,000).

Medan police chief R.Z. Panca Putra Simanjuntak told reporters that police are now trying to follow up with passengers to see if any contracted COVID-19 from the reused swabs, according to the South China Morning Post (SCMP).

The Kimia Farma testing site has now been shut down, and the airport is working with other companies to offer tests to passengers. An airport official, speaking on the condition of anonymity to the SCMP, said staff members at the airport were shocked by the scandal.

“We had no idea this was happening and can’t believe anyone would do such a thing,” the official said. “The airlines trusted Kualanamu airport to facilitate these tests, but this incident was out of our control.”

“Violated Through My Nose”

Two human rights lawyers are now suing Kimia Farma over the alleged soiled swabs. The lawyers, Ranto Sibarani and Kamal Pane, had been traveling through Medan’s airport almost every week from December 2020 to February 2021 to attend Supreme Court hearings in Jakarta, according to the SCMP. Sibarani suspected something was amiss in his many tests at the airport.

He told the SCMP:

It was an awful experience because they did the tests far too deeply and insisted on swabbing my nose several times during a sitting, to the point I complained that the procedure was not being conducted professionally. Now, with the benefit of hindsight, I suspect the reason for having to swab my nose multiple times and do the test so deeply was because they were using rewashed, second-hand swabs which made the procedure more difficult. I feel that I am the victim of serious fraud and that I was violated through my nose.

Sibarani and Pane are seeking damages from Kimia Farma of 1 billion rupiah ($69,000) per affected passenger. They also want Kimia Farma to suspend rapid testing at other airports until audits can confirm that there are no other cases of fraud. “We wonder if there is an even larger case to uncover here,” Pane said.

A representative for Kimia Farma told reporters that the company is working to prevent any such scams in the future. “We have a thorough repair work process in place to mitigate similar incidents so that they do not happen again,” the representative said.

Indonesia has reported nearly 1.7 million cases of COVID-19 during the pandemic and more than 46,000 deaths. The five arrested employees face up to 10 years in jail if found guilty.