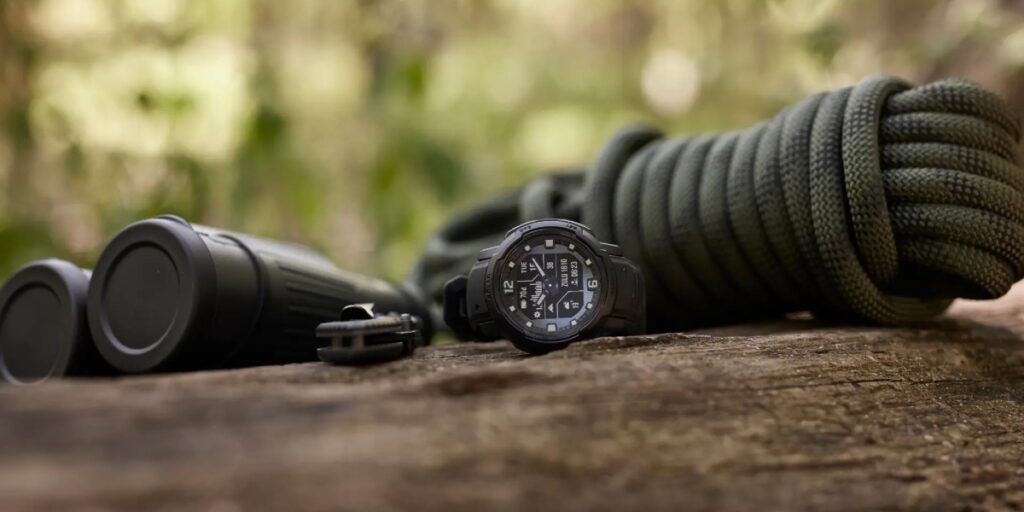 Garmin already sells hybrid smartwatches like the Vivomove, but they’re really not meant for hikes and other outdoor expeditions. The company is addressing that gap today with its just-launched Instinct Crossover. You’ll get a familiar mix of analog hands with smartwatch features like activity tracking and notifications (on an actually-useful display that’s rare for hybrids), but in a rugged design that can handle contact with nature. It reportedly meets US military standards for dust, shock, temperature, and water resistance, and its 10ATM rating lets it survive dives down to 328 feet. There’s even a Tactical Edition that supports dual-format GPS, night vision compatibility, and a kill switch.

The battery life is also strong compared to other rugged smartwatches, and even some hybrids. Garmin claims the standard Instinct Crossover lasts almost a month on a charge with full smartwatch features, and 110 hours with GPS tracking. You can easily use this for a weekend camping trip. Not surprisingly, the Solar Edition lasts much longer. It can run for up to 70 days in smartwatch mode when there’s adequate light, and it has effectively “infinite” longevity if you’re willing to use a battery-saver mode that limits you to basics like time and a stopwatch.

You can still expect the usual mix of health and fitness features, such as a pulse oximeter, VO2 Max (maximum oxygen use), and tools for training and hiking landmarks. And yes, Garmin Pay is available if you need to buy an energy drink after your adventures.

The Instinct Crossover is available now for $500 in its base version, $550 for the Solar model, and $600 for the Tactical wristwear. That’s on par with the Withings ScanWatch Horizon, but they’re two very different devices. The swatch is aimed at everyday users who want a reasonably posh-looking timepiece that happens to have a few smartwatch features. Garmin’s hardware trades look in favor of utility in harsh conditions. To some degree, it’s a foil for the Apple Watch Ultra – you won’t get the Ultra’s full-color screen or sheer range of functionality, but you will get many outdoor-oriented features, longer battery life, and a lower price.

Garmin's Instinct CrossoverHybrid Smartwatch
Previous ArticleKarma Automotive Is the Sponsor of the 2022 MIH Demo Day in Taipei, Which Will Showcase EV Entrepreneurs From All Over the WorldNext ArticleTricentis Appointed Suhail Ansari As Its Chief Technology Officer to Encourage Innovation in Software Testing and Quality Engineering