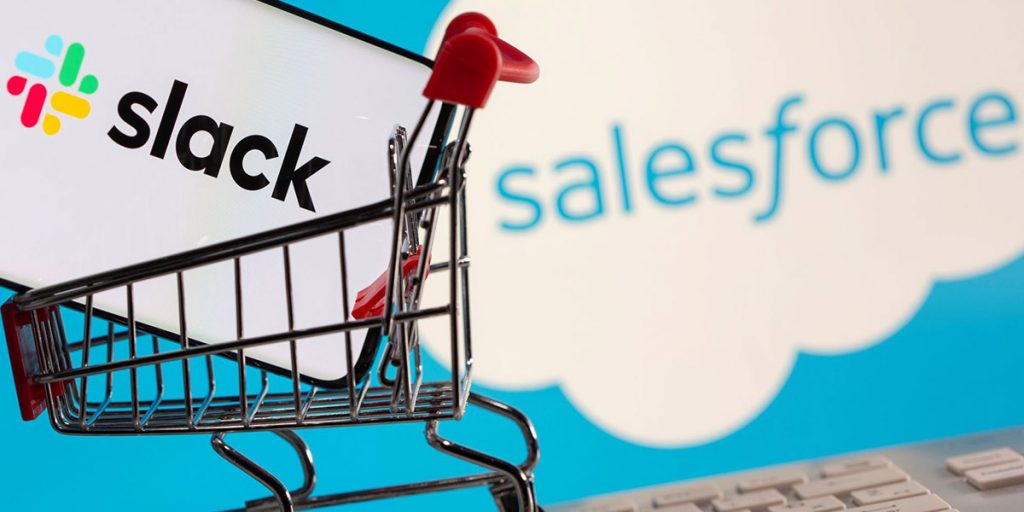 Business software maker Salesforce.com on Wednesday closed its $27.7 billion purchase of Slack Technologies Inc, a massive bet that Slack’s workplace app will become popular for collaborations within and between companies.

U.S. antitrust regulators cleared the deal this week, allowing the creation of a stronger challenger to Microsoft Corp (MSFT.O), the top workplace software provider whose Teams app competes with Slack for market dominance.

The merger partners hope the deal will bolster efforts to connect their joint customers to smooth out common business deals, Salesforce President Bret Taylor and Slack Chief Executive Stewart Butterfield said in an interview on Wednesday.

They also want to reduce the complexity of using hundreds of different cloud-based apps that have crept into workplaces, they added.

For example, a Slack “channel” can be created to replace all the emails, phone calls and video conferences that might otherwise occur between a sales team doing a deal with a procurement team at another company. Thousands of apps work with Slack, so documents from third-party platforms like Google Drive can be signed in the channel with services like DocuSign Inc, Taylor said.

“We did the due diligence for the Slack acquisition in Slack,” Taylor noted.

“I joked it had the highest billable hours of any channel ever because we had all the lawyers in there and the investment banks,” he said, but “it was really a transformative experience.”

While analysts view Teams as Slack’s largest rival, Butterfield said Slack will continue to integrate with the Microsoft app in line with its goal to make it easier for employees to get things done.

“What customers want is interoperability. They don’t want to have to make hard choices,” Butterfield said. “We’ll integrate with everyone – Microsoft and Salesforce, of course, but also ServiceNow and Workday, and more or less anyone you can think of.”