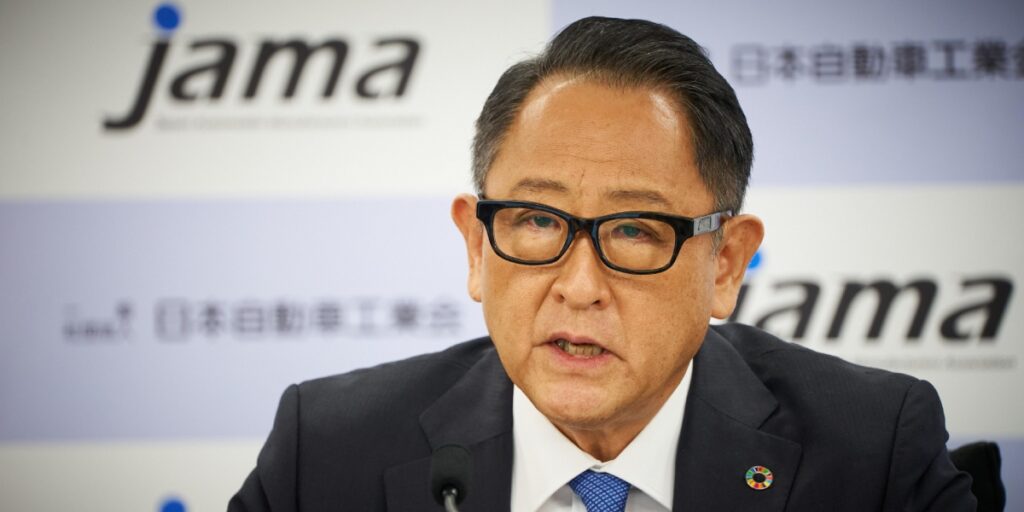 Toyota CEO Toyoda said that electric cars are not the only solution for automakers to achieve carbon neutrality. Hybrids and plug-in hybrids should remain an integral part of the Toyota portfolio and it is up to the customer to decide on the drive of their choice. Toyoda also addressed the need to convince skeptics of the company’s technology-open strategy.

Since the introduction of the Prius in 1997, Toyota says it has sold more than 20 million electrified vehicles worldwide. Those sales, almost exclusively hybrid vehicles, are said to have avoided 160 million tons of CO2 emissions, equivalent to the climate effect of 5.5 million all-electric battery vehicles, according to Toyoda.

Toyoda reiterated the company’s projections that the introduction of all-electric EVs “will take longer to become mainstream” than many think. He said it will be “difficult” to meet recent regulations, which entail a ban on traditional internal combustion engine vehicles by 2035, as planned by the states of California and New York and the EU.

Toyota wants to invest around 70 billion euros in electrified vehicles by 2030, including 35 billion euros in all-electric battery technologies. By 2030, the Japanese want to sell around 3.5 million fully electric e-cars worldwide, which is only a good third of its current annual sales. “That’s our strategy and we’re sticking to it,” Toyoda said. The manufacturer justifies this strategy by saying that not all regions of the world can introduce e-cars at the same pace – on the one hand, due to the high costs of the vehicles and on the other hand the expensive and complex development of charging infrastructure.

What do you think of Toyota’s EV strategy? Is it balanced or too slow? What about Toyota’s perfect alternative to EV that could revolutionize the automotive market? Please, share your opinion in the comments section below. Thanks for reading and sharing in your social channels.