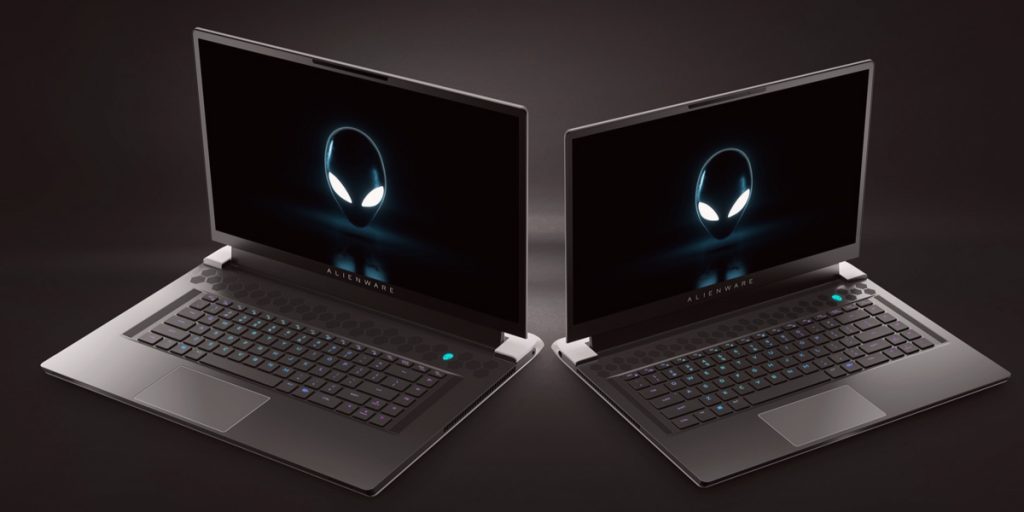 Alienware is keen on giving Razer a run for its money when it comes to making a super-thin gaming laptop. Two of the configurations of Alienware’s new X15 flagship model are actually 15.9mm thick, almost the same as Razer’s just-refreshed 15.8mm-thick Blade 15 Advanced. That’s impressively thin, especially considering that Alienware doesn’t usually try to compete in this realm.

What’s also noteworthy is that, despite its thin build, the X15 looks like it will be a capable machine. Alienware is also announcing a bigger and thicker 17-inch X17 laptop that’s even more powerful. We’ll go into detail on both below.

Alienware hasn’t shared pricing for spec increases, but you can load the X15 with up to an Intel Core i9-11900H processor, a 2TB NVMe M.2 SSD (with a maximum 4TB of dual storage supported via RAID 0), and 32GB of RAM. To top it off, you can put in an RTX 3080 graphics card (the 8GB version, with 110W maximum graphics power, a base clock speed of 930MHz and a boost clock speed of 1,365MHz). The display can be upgraded to a 400-nit QHD G-Sync panel with a 240Hz refresh rate, 2ms response time, and 99-percent coverage of the DCI-P3 color gamut. The X15 has a 87Wh battery and includes a 240W “small form factor” adapter. At its lowest weight, the X15 comes in at five pounds, but it goes up to 5.2 pounds depending on the specs.

If you’re all about getting a 17.3-inch screen, the X17 starts at $2,099 and has similar starting specs. It has a thicker chassis than the X15 at 20.9mm, and it’s heavier, starting at 6.65 pounds. But that extra heft apparently allows for more graphical and processing power, if you’re willing to pay for it. For example, its RTX 3060 card has a higher maximum graphics power of 130W. This pattern is seen for more pricey GPU upgrades, too, especially the RTX 3080 (16GB) that can sail with 165W of max graphics power at a boost clock speed of 1,710MHz. In the processor department, you can go up to an Intel Core i9-11900HK. Additionally, you can spec this one with up to 64GB of XMP RAM clocked at 3,466MHz.

The X17 has all of the same ports as the X15, along with one extra USB-A port, a Mini DisplayPort jack, and a 2.5G ethernet port (the X15 includes a USB-C to ethernet adapter).

Generally speaking, thinner laptops struggle with heat management. But Alienware’s Quad Fan claims to move a lot of air, and in X15 and X17 models that have the RTX 3070 or 3080 chips, it touts a new “Element 31 thermal interface material” that apparently provides a boost in the thermal resistance of its internals compared to previous Alienware laptops. We’ll have to see how this fares when we try out a review unit. I’m curious how loud they might get in order to stay cool.

Wrapping up this boatload of specs, the X15 and X17 each have a 720p Windows Hello webcam, and configurations with the RTX 3080 have an illuminated trackpad that can be customized within Alienware’s pre-installed software. These laptops come standard with Alienware’s X-Series keyboard that has per-key lighting, n-key rollover, anti-ghosting, and 1.5mm of key travel. In the X17, you have the option to upgrade to Alienware’s Cherry MX ultra low-profile mechanical switches, which have a longer 1.8mm key travel.

Lastly, both laptops are available in the “Lunar Light” colorway, which is white on the outside shell and black on the inside.