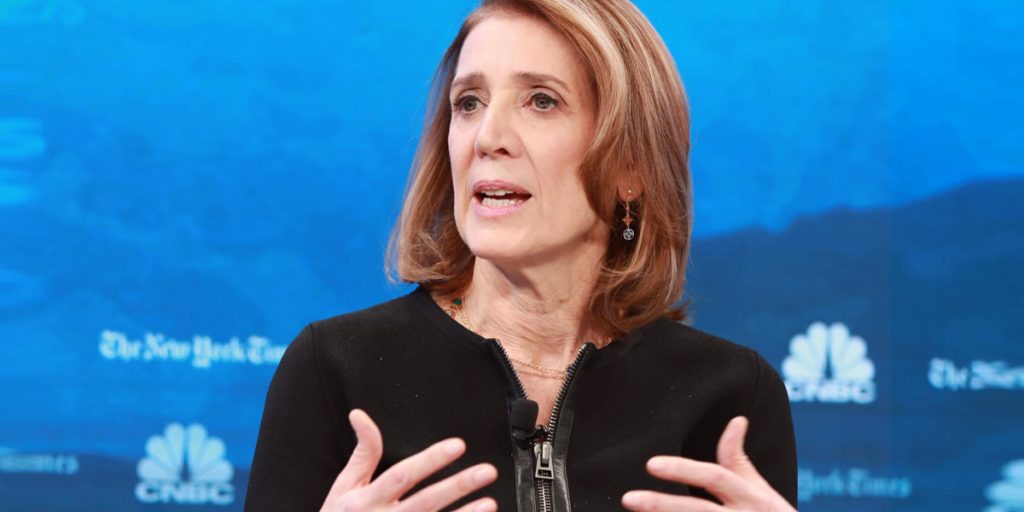 Among other things, Biden’s proposal would raise the top federal rate on long-term capital gains and qualified dividends to 39.6%, from 20%, for taxpayers with annual income over $1 million, making it among the highest in the developed world. The rate applies to relatively few people, the top 0.3%. The administration would also change rules around how assets are treated at a taxpayer’s death.

Porat’s compensation in 2020 amounted to $50.89 million, including stock awards that vest over time.

Speaking on a Washington Post “Women in Tech” conference Wednesday, Porat was asked about Biden’s plan.

“You surprised a lot of people a decade ago when you said, ‘The wealthy can afford to pay more in taxes,”’ said moderator Heather Long. “There’s a very concrete proposal on the table by President Biden to increase taxes on the wealthy. Do you still have that view, and are you supportive of the president’s efforts?

Porat responded, “Yeah, the point I made back then, which I very much hold, which is to have sustainable growth, which is positive for everyone, it needs to be inclusive growth, and we each need to do our part,” she said. “I think that’s true across the board in everything we do as leaders of companies … and, I feel that same way now as an individual.”

She also said she and Google support the proposal by the Organization for Economic Co-operation and Development for a global minimum tax on multinational corporations, a plan also supported by U.S. Treasury Secretary Janet Yellen, and hiking corporate taxes.

“As we look at the intent behind it, the focus is how do we … fund an infrastructure program this country needs? And we’re committed to playing our part in that,” Porat said. “We’re very much supportive of the OECD, we think this creates a sustainable solution and ensuring we’re doing the right things across the U.S.”

Porat, who led Google and her past firm Morgan Stanley through crisis periods, also said she often thinks about how government and business leaders handled the pandemic, adding, “This will not, sadly, be the last pandemic we have.”

Porat also appeared to praise stimulus disbursements to U.S. citizens during the pandemic.

“What has been positive is throwing a lot of liquidity into the market,” Porat said. “I was very concerned at the outset as to how deep this could go. The ongoing support — in particular for small to medium-sized businesses and the most marginalized, has been key.”