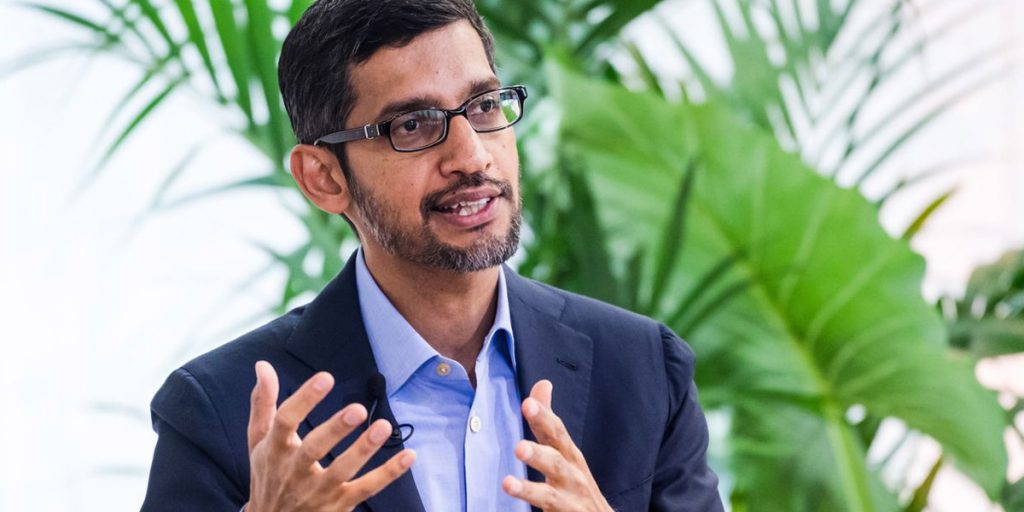 Alphabet reported profit and earnings for the third quarter that topped analysts’ estimates. The company’s shares were little changed after the report.

Here’s what Alphabet reported versus what Wall Street expected:

Google’s advertising revenue rose 43% to $53.13 billion, up from $37.1 billion the same time last year and slightly higher than the prior quarter. YouTube ads rose to $7.21 billion, up from $5.04 billion a year ago. Google appears to be managing through privacy changes that Apple made to iOS 14 earlier this year. Snap and Facebook both cited the change, which allows consumers to opt-out of targeted ads on apps, as the main reason for business disruption during the period. Google is more protected than those companies because it owns the Android operating system. Ruth Porat, Alphabet’s finance chief, said on the call with analysts that the new privacy features had a “modest impact on YouTube revenues.” She added that “focusing on privacy has been core to what we’ve been doing consistently.”

The stock is up 58% this year, more than double the gains in the S&P 500, as investors bet on Google’s ability to pick up business as the economy reopens and to withstand potential regulatory changes. Philipp Schindler, Google’s chief business officer, said retail was the largest contributor to year-over-year ad growth. Media and finance spending was also significant. “We continue to see a lot of unevenness,” Schindler said on the call, referring to the pandemic recovery in various countries. “It’s clear that uncertainty is the new normal.” Revenue in Google’s cloud division climbed 45% to $4.99 billion while operating loss narrowed to $644 million from $1.21 billion. Alphabet has been investing heavily in the unit, which is led by former Oracle executive Thomas Kurian, in an effort to catch up to Amazon Web Service and Microsoft Azure.

Revenue in the Other Bets segment, which includes the self-driving car company Waymo, rose slightly to $182 million from $178 million. Losses widened to $1.29 billion from $1.1 billion a year earlier. Alphabet reported a gain on investments of $188 million in the quarter, up from a gain of $26 million a year earlier. The company’s investment arms, which bet on start-ups at various stages, benefited from the IPOs of cloud software developer Freshworks and restaurant-tech vendor Toast. Porat said the company added 6,000 employees in the third quarter and expects “robust” headcount growth in the fourth quarter.