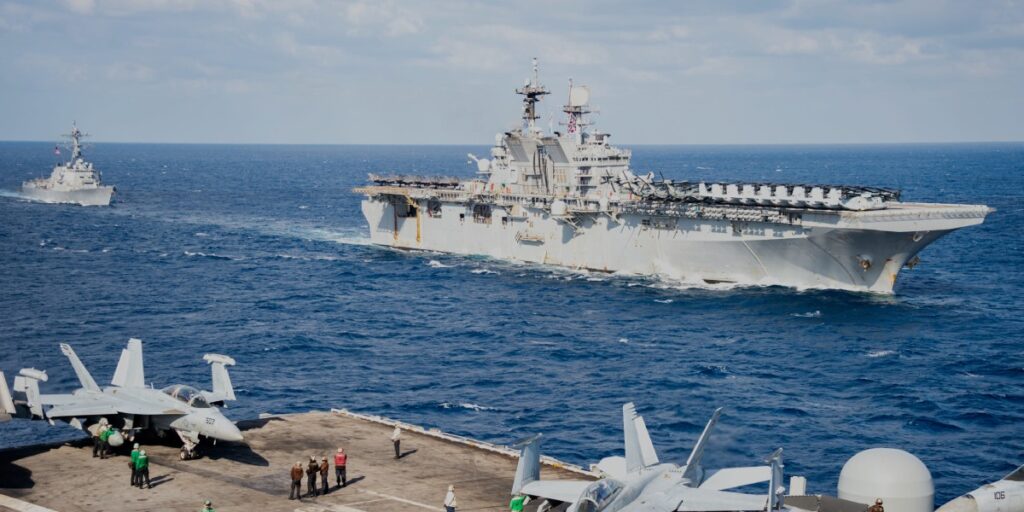 The U.S. has started working on new types of weapons to help keep pace with China’s military development and continue to deter a potential invasion of Taiwan.

One way that the Navy has identified water-born drones as an affordable but effective means of delaying that challenge: is the Navy’s 5th Fleet has already deployed smaller drones of this nature in waters off the Middle East.

Four of the largest drones currently deployed will take part in a multi-nation naval exercise in the Pacific Ocean during the summer.

The drones would allow the Navy to maintain fleet size in comparison to China’s own growing fleet while hitting three targets: weapons range, scouting, and command and control. The technology also would avoid costly mistakes that have arisen with traditional ships in recent years.

Several combat ships found after deployment that they had propulsion problems, leading to early retirement; the ammo for a stealth destroyer’s “Advanced Gun System” proved too costly to maintain, and a new aircraft carrier showed issues with its launch system.

Critics say the Navy rushed to add too much new technology to its vessels, but Cmdr. Jeremiah Daley told The Associated Press that it’s a matter of “moving the technology forward and having confidence in the capability.”

The Navy’s budget for the new fiscal year includes $433 million for “crewless surface vessels.”
But retired Navy officer Rep. Elaine Luria, D-Va., urged caution in just throwing “all the resources at (robotic ships)” after years of failed ship programs, even though supporters highlight the cost-saving benefit of building drones over ships.

The greatest benefit that drones provide is the ability to deploy the weapons for extended periods of time without any risk or need for human cost: the Saildrone, a sail-driven and solar-powered vessel, supposedly can deploy for months at a time without need to resupply.

Luria argues that the technology is just not “mature enough” to make “wholesale investment,” but Sen. Mazie Hirono, D-Hawaii, and chair of the sea power subcommittee said that she had assurances that the Navy is “conscious of not moving too quickly with unproven technology.”

“The Navy must get this right the first time and support rigorous testing with prototypes before committing to buying a fleet,” she said.