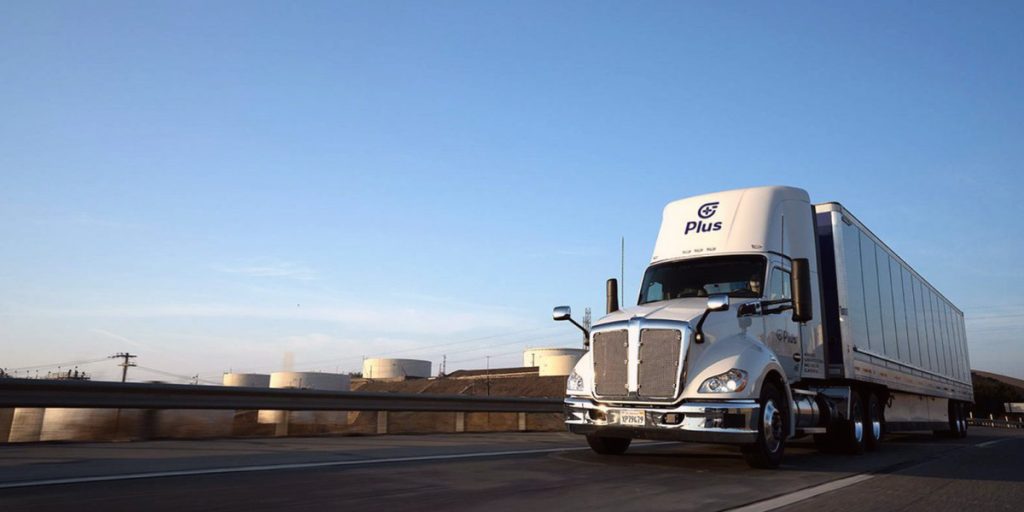 Amazon owns a robotaxi company, is experimenting with delivery robots that drive on the sidewalk, and now is considering acquiring a big stake in a robot trucking startup.

According to Bloomberg, the e-commerce giant recently placed an order for 1,000 autonomous driving systems from Plus.ai, a California-based company working on driverless trucking technology. Amazon is also considering buying a 20 percent stake in Plus — a move that could have serious implications for how the company moves its products around the world.

Amazon is thinking about buying as much as 20 percent of Plus, which recently announced plans to go public via a reverse merger with a special purpose acquisition company, or SPAC. The company plans to merge with Hennessy Capital V, a SPAC that also sponsored the public debut of EV startup (and recent target of a Securities and Exchange Commission investigation) Canoo.

Amazon, one of the largest companies in the world, has been fixated on robot trucks for years. The Seattle-based company hauled some goods using self-driving big rigs designed by startup Embark back in 2019. And while autonomous vehicles have largely failed to live up to a lot of their early hype, many experts remain bullish about the imminent emergence of driverless semi-trucks.

The Plus deal, if it goes through, would be the latest example of Amazon hedging its bets on autonomous vehicle technology. In addition to Embark and Plus, Amazon helped chip in for a $500 million investment round into Aurora, an autonomous driving startup run by the former head of Google’s self-driving car division. It’s also invested in Rivian, an electric vehicle company that is developing battery-powered delivery vans for the company. And last year, Amazon acquired Zoox, a startup that is developing its own autonomous vehicle for the purpose of a commercial ride-share service.