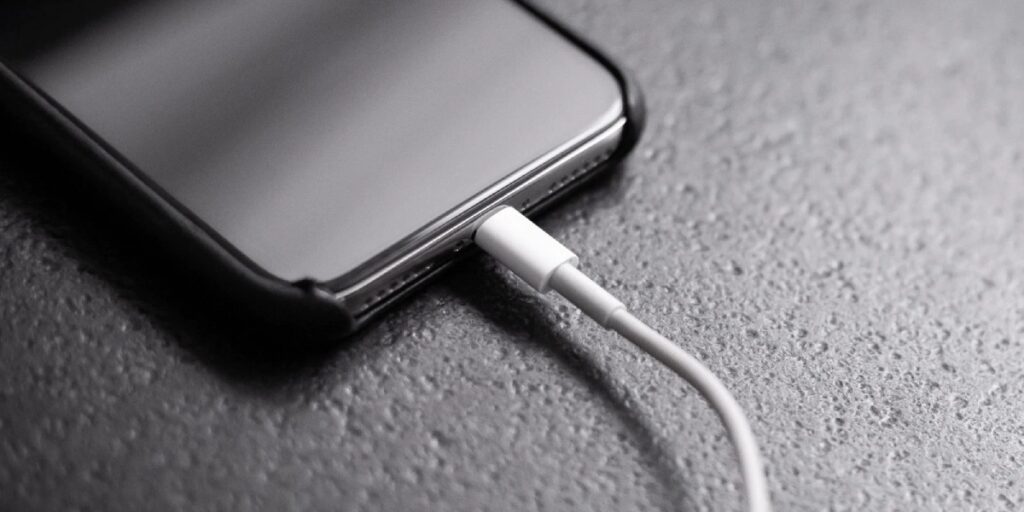 Apple says the iPhone will be getting USB-C ports. Earlier this month, the European Union passed legislation that requires all phones and tablets sold in the EU to use USB-C charging ports by 2024. It’s a move that has huge ramifications for a company like Apple, which sells iPhones with the same physical design in every region of the world. And all of those iPhones currently use Apple’s proprietary Lightning connector to charge and connect accessories.

“Governments get to do what they’re gonna do,” Joswiak said at the WSJ Tech Live conference this week.“Obviously, we’ll have to comply. We have no choice.”

Clearly, Apple isn’t exactly happy about the ruling. This is a change the company has resisted for years. Apple’s overarching business ethos is to control every bit of its product line. It’s why the company switched from Intel chips to its own proprietary silicon and quadrupled down on its streaming service offerings. The goal is to keep customers under the Apple dome at all times. Having a proprietary charger on the iPhone was just another piece of that strategy. It meant iPhone users would have to get those charging cords straight from Apple, as opposed to taking that money to any other manufacturer of USB-C cords.

Of course, Apple’s not likely to take much of a financial hit from the death of the Lightning cable. It’ll likely go all-in on USB-C next year, maybe even cheerfully marketing the new connector as a way to reduce excess e-waste at its next flashy iPhone announcement event. Still, the forced change shows how tightly the company wants to cling to its darlings, or at least modify its products on its own schedule instead of somebody else’s.

No word yet on the fate of the Lightning ports on the Apple Pencil, the Magic Trackpad, and other Apple accessories currently reliant on the connector.

Here’s some more gadget news you may have missed this week because everyone was talking about whether Elon Musk will throw Twitter into a volcano.

By signing up, you agree to our user agreement (including the class action waiver and arbitration provisions), our privacy policy and cookie statement, and to receive marketing and account-related emails from WIRED. You can unsubscribe at any time.

On the heels of the announcement last week that YouTube Premium for families is getting a price hike, Apple has raised the prices of its own streaming services. Apple Music is going up by a dollar to $11 per month. Apple Music family plans get a $2 hike, to $17. Apple TV Plus is also going up $2 and will be $7 per month. Apple One will go from $15 to $17.

Lots of streaming services are looking to squeeze more out of their subscribers. Netflix also recently said it will start charging more for people who share one account between multiple users. It seems Spotify is next, with Spotify CEO Daniel Ek saying the company might soon increase the monthly price of its music streaming plan.

Press F to Pay for Nothing

But, hey, you know what’s not a Call of Duty game? Whatever is on the disk inside the case. Gamers who purchased the physical edition of Call Of Duty: Modern Warfare II have discovered that the discs are nearly empty. There’s a 72-megabyte authentication app that sends a link to servers where you can download all 150 gigabytes of game files. That’s all that’s on the discs-none of the game files, just a key to access them. It essentially makes the physical copy of the game identical to the digital version, albeit one wrapped in a pointless plastic case.

The move has rightfully riled people up. 150 GB is a massive amount of data to download, especially for people with unreliable internet or facing increased energy costs. It also raises questions about what “owning a game” actually means in the days of subscription content consumption. Buying a physical copy of the game usually gives you some guarantee of ownership, and reassurance that you can access the game well into the future. When it’s just a digital download, those files could theoretically be wiped or servers could be shut down.

There’s also the environmental toll. Millions of copies of the Call of Duty games are sold. If even a small percentage of those are physical copies, it’s just a colossal waste of plastic. Speaking of which …

Life in Plastic, It’s Not Fantastic

Only a small percentage of plastic is actually recycled. The rest breaks down into smaller and smaller pieces until those bits become what we call microplastics. Given the deluge of plastic waste humans have been tossing out for decades, it shouldn’t be surprising to learn that microplastics are now everywhere. They’re found in the air and the water, inside fish guts and animals’ bloodstreams. They’re found deep in the ocean and high atop alpine peaks. They are infiltrating literally every part of the Earth, leaching toxins and clogging natural systems wherever they end up. And we’re only just beginning to understand what that means for all life on the planet.

This week on the Gadget Lab podcast, Matt Simon, a WIRED climate reporter and author of the new book A Poison Like No Other: How Microplastics Corrupted Our Planet and Our Bodies, joins the show to spell out the terrifying reality that is a world (ours) brimming with microplastics.

AppleIphonesUSB-C Ports
Previous ArticleA Change to the Board of Directors Has Been Announced by Online Vehicle Retailer VroomNext ArticleThe Data Center Sector in Atlanta Is Expanding, and It Firms Are Raising the Bar for Building Requirements