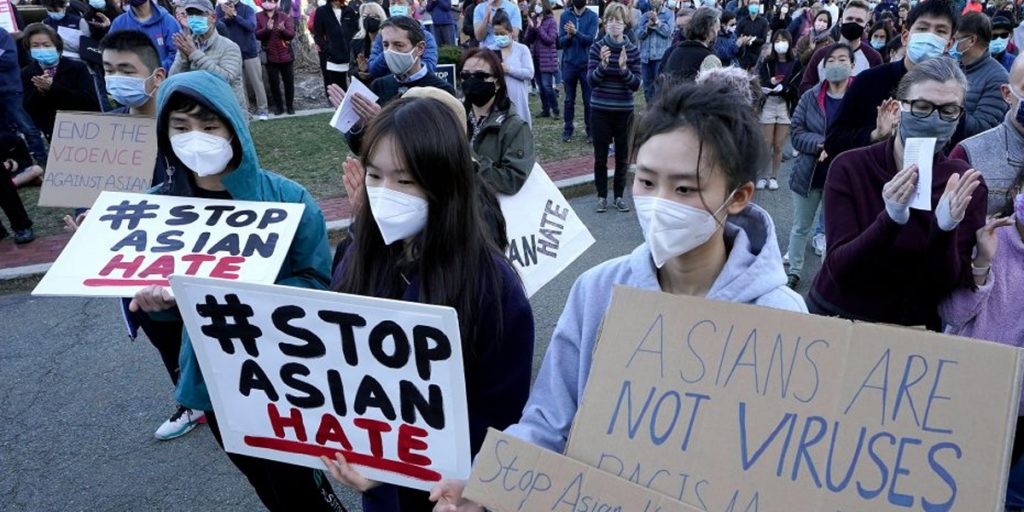 Debby Soo was in a grocery store in Stratham, N.H., last weekend when she realized she didn’t have her credit card.

“So I was trying to use Apple AAPL, +0.25% Pay, then a man behind me in line said ‘you don’t belong here,’” the chief executive of Booking Holdings Inc.’s BKNG, +0.53% OpenTable told MarketWatch on Monday. “I said ‘I do belong here. I’m trying to pay.’ I was flustered and uncomfortable. I couldn’t tell if he was telling me I didn’t belong because I was taking an extra 10 seconds to pay or if it was something else”.

Soo, who was born and raised in the U.S., said she is well aware of the long history of anti-Asian sentiment in this country that goes back to before the Chinese Exclusion Act of 1882. Besides her own brush with hate, she said her cousin was on the Embarcadero in San Francisco when “someone screamed at her to get out of the city.”

“Knowing about it is different than experiencing it,” she said.

Soo is among many Asian-American executives and business leaders who have raised more than $20 million and counting to combat the growing instances of anti-Asian hate and violence amid the coronavirus pandemic. The efforts are an unprecedented public show of solidarity from a group of leaders who were mostly brought up to avoid calling attention to themselves.

“We in the Asian community must confront the cultural norms of our upbringing of compliance and conformity,” Slack Technologies Inc. WORK, -0.17% Chief Financial Officer Allen Shim said in a statement to MarketWatch.

By at least one count, Asians and Asian Americans comprise the majority of Silicon Valley’s tech industry: In 2019, those from Asian countries made up 56.5% of tech workers with bachelor’s degrees in Santa Clara and San Mateo counties, according to Joint Venture Silicon Valley’s latest index. But many Asian-American tech workers struggle to advance in their workplaces, as data shows that Asian Americans are the racial group least likely to be promoted to management in the U.S.

In fact, in some of Silicon Valley’s biggest tech companies, like Facebook Inc. FB, -0.86%, Alphabet’s GOOGL, -0.44% Google and Apple Inc. AAPL, +0.25%, Asian employees either outnumber other ethnic groups or are the second-largest group behind white employees. But their representation at the highest levels of these companies lags the overall representation: Apple’s leadership is 59% white and 27% Asian; Google’s is 65.9% white and 29.6% Asian; and Facebook’s is 63.2% white and 25.4% Asian.

And they traditionally haven’t been vocal. Asians mostly “keep our heads down,” tech entrepreneur and investor Dave Lu said.