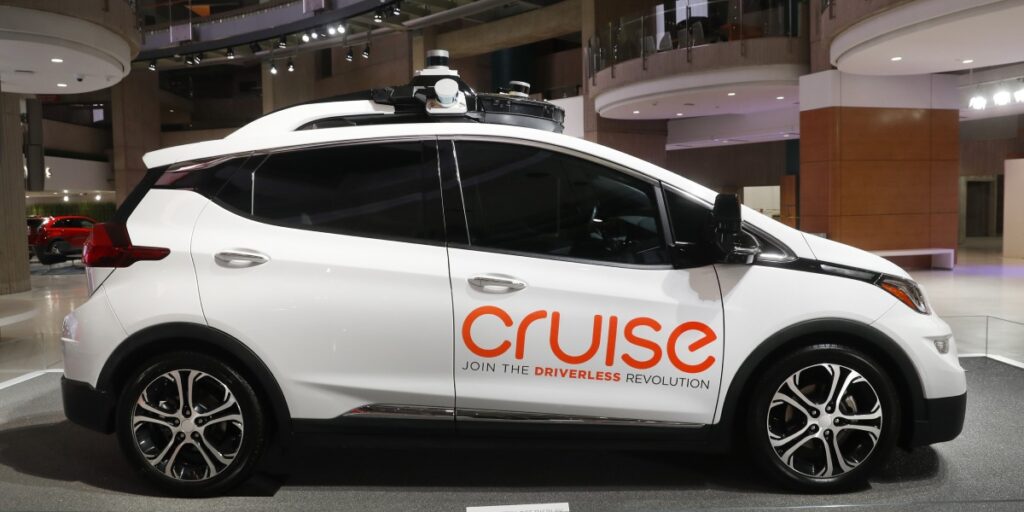 Cruise’s taxi service currently operates in San Francisco, where the company is headed, but will expand to Austin and Phoenix later this year, Vogt said. Phoenix is where Alphabet’s rival Waymo self-driving technology company has been operating a service for the past three years.

Vogt also said he expects Cruise to earn $1 billion in revenues as early as 2025, though that’s still about half what GM annually invests in the company, according to Reuters.

Cruise has been offering rides to the public in San Francisco since February and was granted permission to start charging for rides in June, though the service is limited to between 10 p.m. and 6 a.m. The taxis are also limited to 30 mph and cover only certain parts of the city. Cruise’s service will also be rolled out in a limited fashion in Austin and Phoenix, Vogt said.

Cruise has about 70 taxis in operation in San Francisco but is on track to double or even triple the number by the end of the year. The taxis are based on the Chevrolet Bolt EV, though Cruise plans to eventually add a dedicated vehicle known as the Origin.

It hasn’t been all smooth sailing for Cruise. One of its taxis was involved in a crash in June, resulting in minor injuries. The company later recalled its fleet and made updates to the software.

Cruise’s self-driving system ranks at Level 4 on the SAE scale of self-driving capability, as it is limited in the areas in which it operates. The final goal is Level 5, where a self-driving car is able to operate at the same level as a human. While Level 5 might be a decade or more away, companies are already offering commercial services involving Level 4 cars. The Waymo One service has been running successfully in Phoenix for the past three years and is currently testing in San Francisco, and China’s Baidu continues to expand its Apollo Go service in Chinese cities.