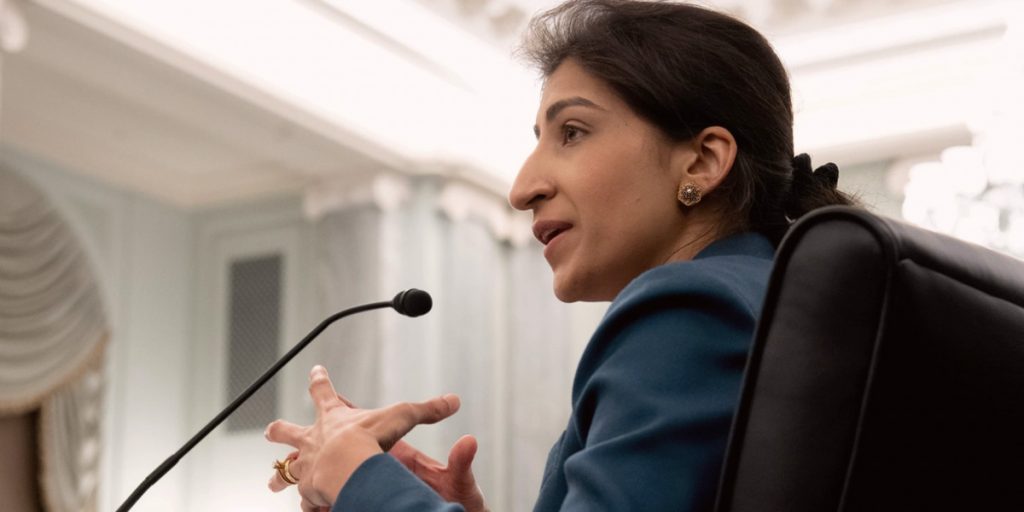 Joe Biden has appointed Lina Khan, a prominent critic of the power of large technology companies, to chair the Federal Trade Commission.

The decision elevates the 32-year-old Columbia University Law School professor to a powerful antitrust role in the US president’s administration, as lawmakers in Congress vow to crack down on anti-competitive behavior among the biggest tech groups.

Khan’s appointment as chair of the FTC was made known the same day that she was confirmed by the US Senate for a seat on the five-member commission. Her term will run until September 2024.

“It is a tremendous honor to have been selected by President Biden to lead the Federal Trade Commission,” Khan said in a statement. “I look forward to working with my colleagues to protect the public from corporate abuse”.

Rebecca Slaughter, who had been acting chair until Khan’s appointment, will remain on the board as a commissioner, an FTC spokeswoman confirmed.

Khan is one of the most renowned American scholars to criticize large US technology companies, such as Amazon, Facebook, and Google, for abusing their market power, and has demanded government action to restrain them.

Khan’s 2017 paper “Amazon’s Antitrust Paradox” took aim at the corporation’s growing power, particularly its role as both logistics provider and competitor to the millions of smaller businesses that use Amazon to sell goods.

It concluded that prevailing thinking on antitrust — that lower prices are not good for consumers — was outdated and did not take into account conflicting forces in the modern economy.

Amazon did not immediately respond to a request for comment on Khan’s appointment. The company has maintained it faces competition in all of the sectors in which it operates and suggested that it represents a small percentage of overall retail.

Khan also served as counsel to the House judiciary committee during its antitrust investigation into tech companies. The committee’s 449-page report, published last year, criticized big tech groups and advised Congress to introduce legislation that would, among other measures, make it more difficult for the large companies to acquire up-and-coming challengers.

Biden’s decision to appoint Khan to chair the FTC — making her one of the youngest-ever heads of a federal agency — sends a signal of his administration’s intent to take a more aggressive stance towards Big Tech.

“Five years ago, the companies didn’t know who she was,” said William Kovacic, a law professor at George Washington University and a former FTC chair.

“This is the equivalent of an activist outsider suddenly becoming chairman of the board. And none of them saw it coming. None of them,” Kovacic added. “Their life just got much more difficult, and much more precarious”.