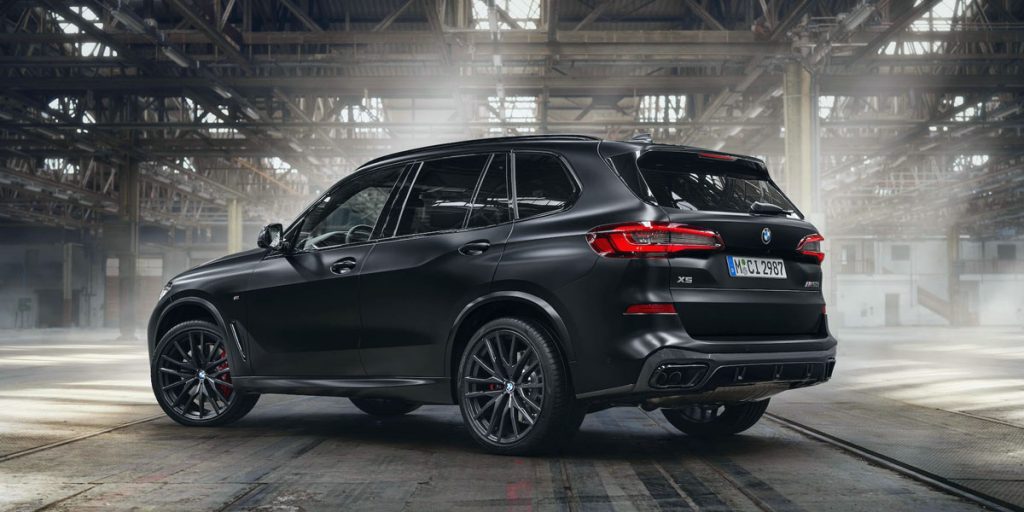 BMW’s current-generation X5 SUV is a reasonably handsome automobile. It pulls off the what-used-to-be-considered-big grilles well; it’s got a nice chiseled shape and a well-appointed (if somewhat staid) interior. Unfortunately, BMW isn’t content to let that be good enough because it announced the 2022 X5 Black Vermilion edition on Sunday. Black Vermillion? Isn’t that some kind of fourth-tier Marvel character? No — well, maybe yes? It doesn’t matter — it’s also a special edition X5 with frozen black paint, highly questionable red grille slats, and less questionable red brake calipers. No, really, that’s the crux of the whole thing: black car, red accents. The X5 Black Vermilion is available exclusively with the 335 horsepower, six-cylinder xDrive40i drivetrain (sorry, V8 fans) and only 350 examples will be sent to the US, each starting at $83,295, including BMW’s $995 destination fee.

For context, the base X5 xDrive40i starts at $62,695 while the much more powerful xDrive50i starts at $83,795. So what else do you get for that price difference? Well, to start, you get M Shadowline adaptive LED laser headlights, which are otherwise unavailable on the xDrive40i. You also get 22-inch orbit gray wheels and an M Sport exhaust system. Inside there’s a Merino leather interior with red piping on the seats, glass controls for the shifter and iDrive as well as carbon trim. Beyond all that, it’s just a highly optioned six-cylinder X5. If you want to get your hot little hands on one of these Black Vermilions, then start bugging your dealer soon. US production is expected to begin between September and December 2021.