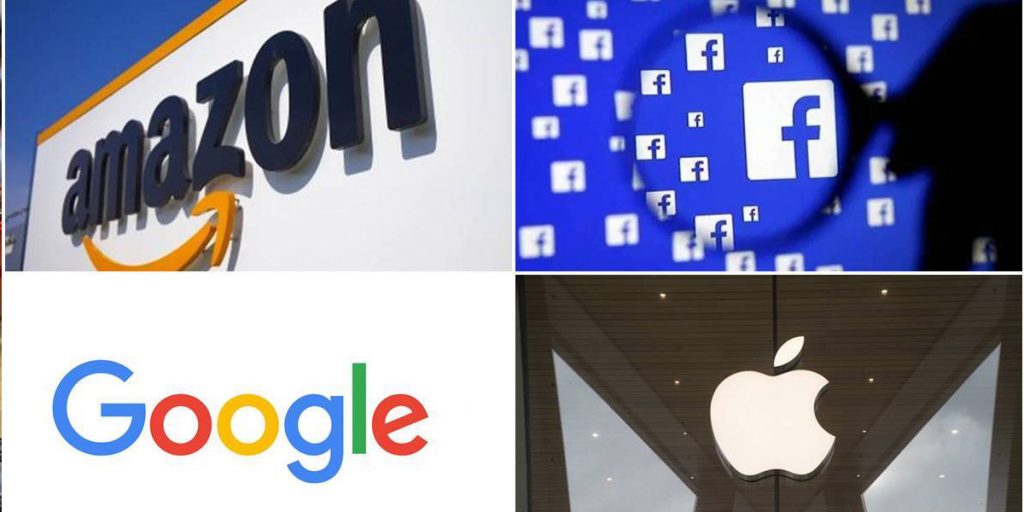 A bipartisan group of lawmakers in the U.S. House of Representatives introduced four bills on Friday aimed at reining in the power of the tech giants, with one potentially leading to their break-up.

Two of the bills address the issue of giant companies, such as Amazon.com Inc (AMZN.O) and Alphabet Inc’s (GOOGL.O) Google, creating a platform for other businesses and then competing against those same businesses.

One measure bans platforms from owning subsidiaries that operate on their platform if those subsidiaries compete with other businesses – potentially forcing the Big Tech firms to sell assets.

“From Amazon and Facebook (FB.O) to Google and Apple (AAPL.O), it is clear that these unregulated tech giants have become too big to care,” said U.S. Representative Pramila Jayapal, a Washington state Democrat and sponsor of this measure.

The pro-business U.S. Chamber of Commerce said it “strongly opposes” the bills’ approach. “Bills that target specific companies, instead of focusing on business practices, are simply bad policy … and could be ruled unconstitutional,” the Chamber’s Neil Bradley said in a statement.

Representative David Cicilline, the Democratic chair of the antitrust panel, is an original co-sponsor of the bills, as is the top Republican, Ken Buck. The chair of the Judiciary Committee, Jerrold Nadler, also sponsored the bills.

A second measure would make it illegal in most cases for a platform to give preference to its own products on its platform with a hefty fine of 30% of the U.S. revenue of the affected business if they violate the measure.

The third bill would require a platform to refrain from any merger unless it can show the acquired company does not compete with any product or service the platform is in.

A fourth would require platforms to allow users to transfer their data elsewhere if they desire, including to a competing business.

In addition to those four, a fifth bill would raise what the Justice Department and Federal Trade Commission charge to assess the biggest companies to ensure their mergers are legal and increase the budgets of the agencies. A companion to this has already passed the Senate.