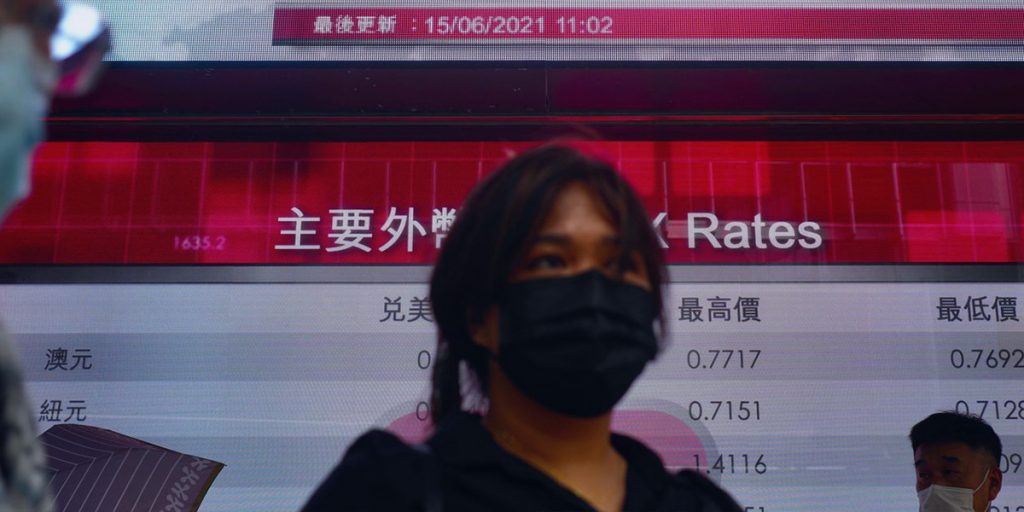 U.S. stocks are set for a mixed day ahead, following a tumultuous Thursday that saw technology companies help the Nasdaq eke out gains while the Dow and S&P 500 fell.

The group at the Swiss bank identifies two major trends ahead: gains for Asian markets as COVID-19 vaccinations help local stocks; and a fall in inflation from currently-elevated levels.

One is to diversify technology holdings away from mega-caps in the U.S. and Asia like Apple AAPL, -0.84%, Amazon AMZN, 0.23%, Alphabet GOOGL, -1.07% GOOG, -1.07%, Facebook FB, -1.12%, Alibaba BABA, 0.69%, and Tencent 700, +0.67%. UBS sees “limited near-term catalysts” for these stocks. Instead, Haefele’s group identified opportunities in digital leaders in Europe; small and midsize firms exposed to trends like 5G, fintech, Greentech, and health tech; and digital subscription businesses.

Another is to buy energy stocks—even though this sector has risen nearly 50% so far this year. It’s now only at pre-pandemic levels, UBS said, while the S&P 500 index is 25% higher than its peak in February 2020. Rising oil prices, which the bank predicts are coming, should boost these stocks.

The third idea is to invest in financials. S&P 500 financial stocks, like banks, have rallied 9% since the beginning of March, and macro trends—like higher yields—pave the way for more gains, UBS said.

Investors should also favor U.S. small- and midcap stocks—that is, companies with a market capitalization below $10 billion but above $300 million. “On a price-to-earnings basis, U.S. small- and mid-cap valuations are near 20-year lows relative to large caps, despite the likelihood that earnings growth for smaller companies will outpace large-cap earnings through at least 2022,” Haefele’s team said.

Chinese equities have faced setbacks in recent months, with the MSCI China index falling into bear territory in May amid higher U.S. yields and antitrust measures against Chinese tech companies. So buy the dip, the Swiss bank said.

For its sixth, UBS also predicts gains in Japan, which is geared to global recovery. The group expects a 40% growth in earnings per share for the MSCI Japan index this year, which is good news for Japanese stocks.

It should be noted that there are risks to a global rally, UBS said. More persistent inflation, slower growth, geopolitical tensions, and a resurgence in COVID-19 all pose a threat to another equity rally.

U.S. President Joe Biden signed the newest U.S. federal holiday into law on Thursday, commemorating the end of slavery with Juneteenth National Independence Day on June 19. On that day in 1865, federal troops marched on Galveston, Texas, two months after the end of the Civil War, to take control of the state—freeing the last enslaved Americans. Read more about Juneteenth here.

A record $756 billion in cash flowed into the U.S. Federal Reserve’s overnight “reverse repo” facility on Thursday, after a blockbuster sale of securities to money market funds and the country’s largest banks. In reverse repo operations, the Fed sells securities for cash and agrees to buy them back for a higher price at a later date—temporarily reducing the number of reserve balances across the banking system. On Wednesday, the Fed announced it was bumping up the reverse repo rate from 0% to 0.05%.

The totalitarian leader of North Korea, Kim Jong Un, ordered his government to prepare for more confrontation with the U.S. under Biden, according to state media on Friday. The news came days after the U.S. urged the state to abandon its nuclear program.

Investment banking giant JPMorgan Chase JPM, -2.33% purchased one of the U.K.’s most popular online wealth managers, Nutmeg, for an undisclosed sum. The move paves the way for an expansion of online-only Chase retail banking services in the U.K., meaning the American bank will compete head-on with the likes of Barclays and HSBC.

Our chart of the day, courtesy of Wolf Richter at the Wolf Street financial blog, shows the massive spike in cash at the Fed following Thursday’s overnight reverse repo sale. It “drains over six months of [quantitative easing] from the market,” Richter said.

An amphibious car for less than a Tesla? Egyptian inventors say they’ve made cars that can drive on water, priced between $19,000 and $44,800, depending on specifications.

A fish to outlive the meme stocks? The coelacanth—a person-sized type of giant fish that has been around since dinosaur times—can live for 100 years, a study found.

Need to Know starts early and is updated until the opening bell, but sign up here to get it delivered once to your email box. The emailed version will be sent out at about 7:30 a.m. Eastern.

Want more for the day ahead? Sign up for The Barron’s Daily, a morning briefing for investors, including exclusive commentary from Barron’s and MarketWatch writers.