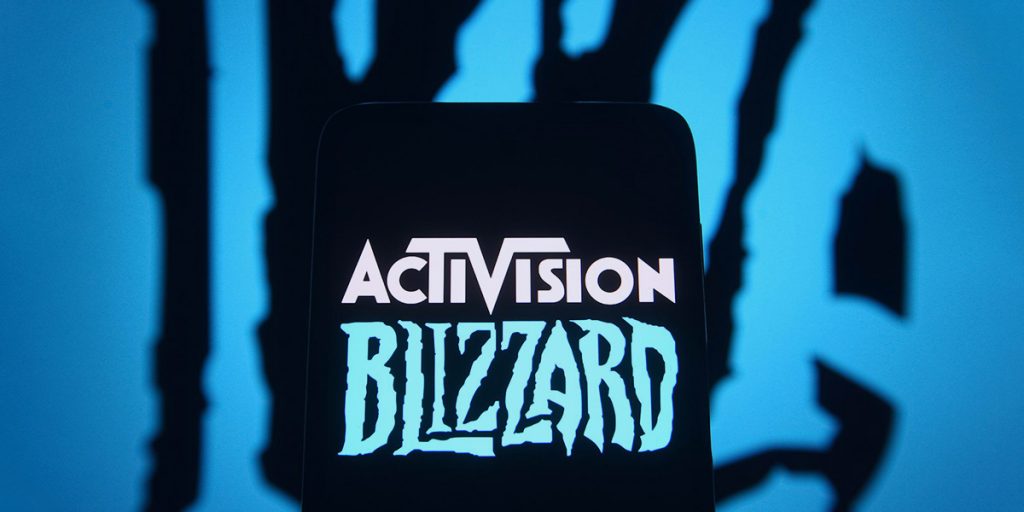 On July 20, California filed an explosive workplace discrimination and harassment lawsuit against Activision Blizzard, publisher of immensely popular video games including World of Warcraft, Overwatch, and the Call of Duty franchise. It has resulted in a shockwave of response from employees, other games studios and players.

The lawsuit alleges a “frat bro” culture was allowed to flourish in the office, creating an environment in which women were sexually harassed and discriminated against in advancement and compensation decisions.

Activision Blizzard is one of the largest video game publishers in the world, owning studios who have created and released some of the most popular titles over the past decade. Its 2016 acquisition of Candy Crush publisher King, expanded its audience by millions more. As of this year, the holding company has 435 million monthly active users worldwide and reported a net revenue of over $2 billion in the first quarter of 2021.

The lawsuit, filed by the California Department of Fair Employment and Housing (DFEH), and initially reported by Bloomberg Law, marks the latest round of accusations in the gaming industry of abusive behavior being ignored, tolerated or outright participated in by upper management within prominent game studios. But this lawsuit is also potentially precedent setting, as the DFEH might be keen to make an example of one of the largest video game companies in the industry, according to The Washington Post.

Here’s what to know about the Activision Blizzard lawsuit, and what it reveals about accusations of rampant workplace abuse in the video game industry.

What does California’s lawsuit allege?

Court documents claim to reveal a culture of gender discrimination at Activision Blizzard that invaded nearly every aspect of the work experience for women at the company, who make up only about 20% of the 9,500 employees, including “compensation, assignment, promotion, termination, constructive discharge and retaliation.”

A two-year investigation by DFEH concluded that the company allowed a “frat bro” culture to take hold, according to the lawsuit, and create an environment that allowed sexual harassment to subsist with impunity. Widespread complaints from women included their appearance regularly commented on and being groped by male employees, as well as being pursued romantically by male supervisors.

In the most extreme case of alleged employee abuse, one woman killed herself on a company trip after being subjected to sexual harassment, according to the lawsuit.

The DFEH investigation also uncovered that women were less likely to be promoted, were more likely to be terminated, and were consistently paid less for performing the same work (or more work) than male employees. Complaints of unequal pay for women resulted in the holding company’s hiring of legal counsel for analysis of compensation multiple times, but no corrective action was taken, according to the court documents.

The lawsuit also alleges that women of color were particularly vulnerable to discrimination at Activision Blizzard. One Black woman reported it took her longer than men hired after her to be made a permanent employee. This employee and another Black woman both reported being micro-managed about their time, with one woman claiming her manager made her write a one-page summary of how she would use time off. Both women left the company as a result of the discriminatory treatment.

The lawsuit claims women who reported concerns were not only unsupported by HR, but their complaints were also not kept confidential, resulting in retaliation which included being unwillingly transferred to another unit, being cut out of work projects, and being laid off.

According to the documents, this frat house work environment included “cube crawls,” in which male employees would drink “copious amounts” of alcohol, crawl through cubicles and behave inappropriately toward women in the office.

Only two individuals were named directly in the lawsuit: Blizzard President J. Allen Brack and Alex Afrasiabi, a former creative director for World of Warcraft. Afrasiabi’s widespread harassment was not only witnessed by supervisors, but widely known enough that his hotel room during a company event was nicknamed the “Crosby Suite” [sic] after Bill Cosby. Since the controversy of the lawsuit drew attention last week, the company told Kotaku in a statement that Afrasiabi had already been fired for mistreatment of other employees in the summer of 2020.

How did Activision Blizzard respond?

An official response from Activision Blizzard stated that the DFEH included “distorted, and in many cases false, descriptions of Blizzard’s past,” and accused the agency of rushing its report.

Brack sent out a mass email to employees on July 22 condemning the discriminatory behavior, and stated that he disdains “bro culture” and has “spent [his] career fighting against it.”

Activision Blizzard executive Fran Townsend pushed back against the DFEH’s allegations in an email to employees on July 23, stating that the suit presented “a distorted and untrue picture of our company.” She called the lawsuit “meritless and irresponsible.”

How has the lawsuit impacted Activision Blizzard employees and the games industry?

Activision Blizzard employees circulated an open letter on July 26, calling Townsend’s statements “abhorrent and insulting.” Afterwards, hundreds of employees held a walkout at Blizzard’s Irvine campus, demanding greater pay transparency, employee participation in determining hiring and promotion practices, the option to select a third party HR auditor, the ending of forced arbitration, and other changes. The open letter was signed by over 2,000 current and former employees, according to CNN.

On July 27, Bobby Kotick, Activision Blizzard’s CEO backtracked on the company’s initial response, which he called “tone deaf,” and promised quick action to address discrimination and harassment with the assistance of law firm WilmerHale.

“It is imperative that we acknowledge all perspectives and experiences and respect the feelings of those who have been mistreated in any way,” Kotick stated. “I am sorry that we did not provide the right empathy and understanding.”

While Kotick said WilmerHale was hired to address systemic issues, it has also been reported that WilmerHale has a reputation for being a union-busting firm. A public response from employees noted that Kotick did not address the other demands of the walkout.

Game developers around the world have shown their support for the workers of Activision Blizzard. Most notably, over 500 employees at Ubisoft, which owns the Assassin’s Creed and Far Cry franchises, among others, signed an open letter standing in solidarity. Employees at Ubisoft, who have recently been witness to their own whirlwind of harassment accusations, expressed a desire for industry-wide change.

How widespread is workplace harassment in video games?

The details of the Activision Blizzard lawsuit sound disturbingly familiar to many past and recent allegations of workplace abuse within prominent video game studios.

Employees of Riot Games, best known for its League of Legends franchise, walked out in 2019 in response to the company’s persistent sexual harassment issues, as well as its policy of forced arbitration. An extensive Kotaku report unveiled the company’s fraternity-like culture, which included eerily similar allegations to the Activision Blizzard lawsuit. While Riot has since made efforts to alleviate its workplace issues, the company was also subjected to a $10 million settlement paid out to female employees after being sued by the state of California.

Ubisoft, another massive developer and publisher, came under fire last year after public sexual harassment allegations were made, criticizing a toxic work environment the company allowed to fester. Although some executives at the company were fired for inappropriate conduct, the aforementioned letter sent by employees from 32 Ubisoft studios demands further accountability. It states the company “only fired the most public offenders” and that the culture at Ubisoft has not sufficiently evolved.

Claims of sexual harassment and toxic workplaces have sprung up around many other games studios. In 2019, Warner Bros. Interactive’s NetherRealm, the studio behind the Mortal Kombat franchise, was accused of cultivating a toxic work environment rife with fraternity-like culture and abusive worker practices.

Reports of senior employees behaving inappropriately have also been a problem at other studios, such as Gearbox, where CEO Randy Pitchford has received multiple accusations of varying types of misconduct, some of which have been dismissed by courts. David Cage, the studio head of Quantic Dream, maker of Detroit: Become Human, was accused in 2018 of making sexist and racist comments, as well as fostering an environment that tolerated sexual harassment, according to Polygon.

While Activision Blizzard’s lawsuit details arguably some of the most disturbing consequences of unchecked sexual harassment, and seems poised to set a precedent as a landmark gender discrimination case, it also mirrors allegations within the games industry as a whole. If one of the largest video game makers in the world can draw such a large public lawsuit, it could embolden other agencies and employees to expose work abuses that have remained hidden for years.

Activision BlizzardCall Of DutyHarassment LawsuitWarcraft
Previous ArticleSwirling Gases on the Sun’s Surface Make It Sing, Say ScientistsNext ArticleMicrosoft: This Windows and Linux Malware Does Everything It Can To Stay on Your Network