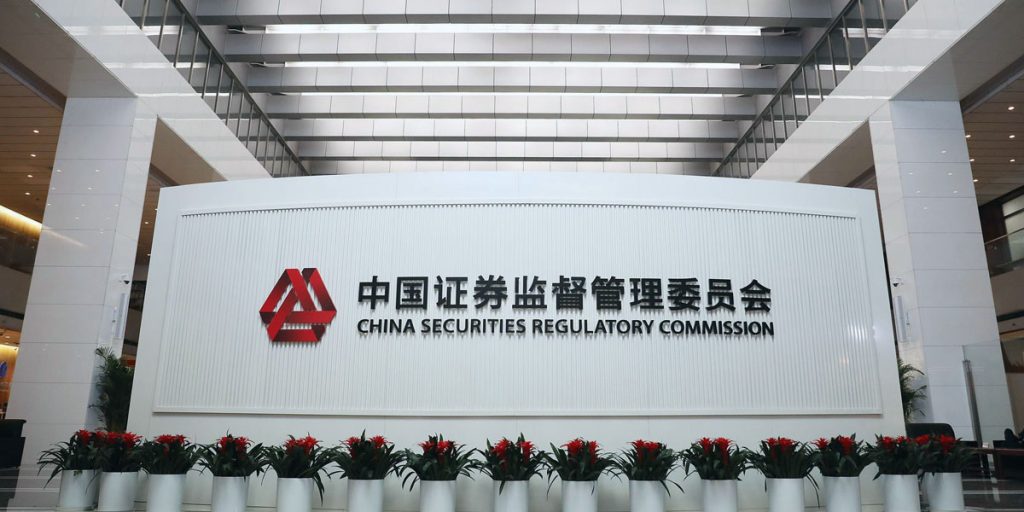 Regulators in Beijing are planning rule changes that would allow them to block a Chinese company from listing overseas even if the unit selling shares is incorporated outside China, closing a loophole long-used by the country’s technology giants, according to people familiar with the matter.

The China Securities Regulatory Commission is leading efforts to revise rules on overseas listings that have been in effect since 1994 and make no reference to companies registered in places like the Cayman Islands, said the people, asking not to be identified discussing a private matter. Once amended, the rules would require firms structured using the so-called Variable Interest Entity model to seek approval before going public in Hong Kong or the US, the people said.

The proposed change is the first indication of how Beijing plans to implement a crackdown on overseas listings flagged by the country’s State Council on Tuesday. Closer oversight would plug a gap that’s been used for two decades by technology giants from Alibaba Group Holding Ltd. to Tencent Holdings Ltd. to attract foreign capital and list offshore, potentially thwarting the ambitions of firms like ByteDance Ltd. contemplating going public outside the mainland.

It would also threaten a lucrative line of business for Wall Street banks and add to concerns of decoupling between China and the US in sensitive areas like technology. Chinese firms have raised about $76 billion through first-time share sales in the US over the past decade.

The changes are subject to approval by the State Council, the people said. The securities regulator plans to discuss potential revisions with firms that underwrite share sales, one of the people said.

The CSRC didn’t immediately respond to a fax seeking comment. Foreign Ministry Spokesman Wang Wenbin directed questions on VIE firms to the relevant authorities during a press briefing in Beijing. Bloomberg News reported on the potential rule tightening in May.

Pioneered by Sina Corp. and its investment bankers during a 2000 initial public offering, the VIE framework has never been formally endorsed by Beijing. It has nevertheless enabled Chinese companies to sidestep restrictions on foreign investment in sensitive sectors including the Internet industry. The structure allows a Chinese firm to transfer profits to an offshore entity — registered in places like the Cayman Islands or the British Virgin Islands — with shares that foreign investors can then own.

While virtually every major Chinese internet company has used the structure, it’s become increasingly worrisome for Beijing as it tightens its grip on technology firms that have infiltrated every corner of Chinese life and control reams of consumer data. Authorities so far have little legal recourse to prevent sensitive overseas listings, as with the recent Didi Global Inc. IPO, which went ahead despite requests for a delay from regulators.

The additional oversight could bestow a level of legitimacy on the VIE structure that’s been a perennial worry for global investors given the shaky legal ground on which it stands.

The State Council said Tuesday that rules for overseas listings will be revised while publicly traded firms will be held accountable for keeping their data secure. China will also step up its regulatory oversight of companies trading in offshore markets, it said.

Under the revised rules, VIEs like Alibaba that have already gone public may need approval for additional share offerings in the offshore market, according to the people familiar.

The “political compromise” that allowed the VIE structure as a way around foreign ownership restrictions is “under serious threat,” said Martin Chorzempa, a senior fellow at the Peterson Institute for International Economics, following the State Council’s statement. China “can now discourage its promising firms from listing abroad, which could boost its ambitions to develop financial markets on the mainland”.

One firm has already suspended its work helping two Chinese companies using the VIE structure to list overseas after being advised by regulatory officials that new rules are being put in place, according to a person with knowledge of the matter.

In recent days, China has intensified its crackdown on technology firms with the cyberspace regulator announcing a probe into Didi and pulling the company’s app from stores. Shares in Didi, which controls almost the entire ride-hailing market in China, plunged 20% in US trading just days after a $4.4 billion IPO.

So far this year, 37 Chinese companies have listed in the US, surpassing last year’s count, and raised a combined $12.9 billion, according to data compiled by Bloomberg. One-third of these firms were trading lower on Tuesday.

In landmark anti-monopoly regulations released in November after the abrupt suspension of Ant Group Co.’s IPO, the antitrust watchdog wrote in language to give it approval power over mergers and acquisitions conducted by VIEs. The condition has since been used to fine tech companies for past deals and hangs over future transactions.

On Wednesday, 500,000 yuan ($77,365) fines were imposed on numerous deals involving Alibaba, Tencent, and other companies that were found to have breached anti-trust rules.

One company poised to test sentiment soon is Hong Kong on-demand logistics and delivery firm Lalamove, known as Huolala in China. It filed confidentially for a US initial public offering, according to people with knowledge of the matter, and is seeking to raise at least $1 billion. Tencent-backed social app Soulgate Inc. last month abruptly called off its debut after filing a prospectus and determining an initial price range. And podcast app Ximalaya Inc. has filed for but not yet pulled the trigger on a US IPO that could raise at least $500 million.