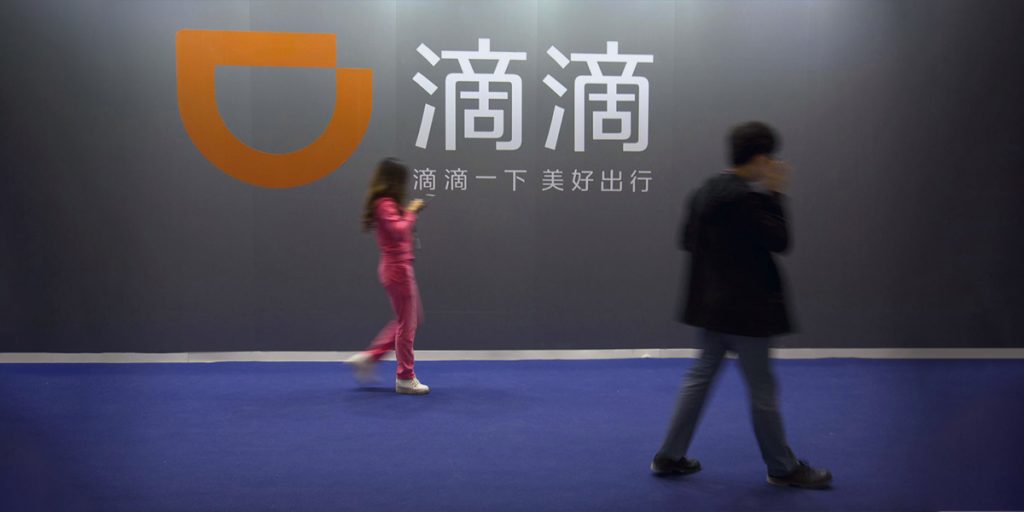 When Chinese authorities swiftly shut down one of its country’s most popular apps in an antitrust crackdown, there were immediate debilitating consequences for Chinese companies already trading in the U.S. But the longer-term ramifications of the move could sting the U.S. IPO market, as well as American tech giants like Apple Inc.

Such is the collateral damage in the cross-border conflict between the U.S. and China on technology. The two countries have been battling each other for technological advances for years, and have simultaneously been challenging their domestic tech giant’s growing power in different ways in recent years.

The latest move by officials in Beijing was dramatic, blocking new users from downloading the popular ride-hailing app Didi Global Inc. DIDI — China’s version of Uber Technologies Inc. UBER — just two days after the company’s U.S. initial public offering. Chinese regulators told the company to delay its IPO, according to a Wall Street Journal report, but shares of Didi debuted June 30 and plunged 20% in trading Tuesday and another 4% Wednesday after the news hit.

The effects were immediate for Chinese companies listed in the U.S., with stocks that went public with large valuations in recent years — like Alibaba Group Holding Ltd. BABA, and iQiyi Inc. IQ — falling sharply along with Didi. But experts said the fallout could be felt more widely, as tech companies like Apple AAPL that attempt to do business in China confront a new reality and the U.S. IPO market faces the loss of a big chunk of its pipeline.

“The real story here has much less to do with an impact on the U.S. market,” Harry Broadman, managing director at the Berkeley Research Group LLC, told MarketWatch. “It is squarely in the Chinese market — certainly for Chinese tech firms there, but also possibly U.S. tech firms operating there.”

Apple has gleaned 15% to 20% of its twelve-figure annual revenue totals from Greater China in recent years, but with increasing criticism. During Apple’s antitrust lawsuit with Epic Games Inc., an Epic attorney pointedly brought up a New York Times investigation that concluded Apple and its chief executive, Tim Cook, compromised individuals’ personal information to curry favor in China.

“Governments have the right to pass laws for their citizens. We have to comply with the laws in the jurisdictions we operate in,” Cook replied.

Apple’s conflicted condition in China highlights escalating concerns for U.S. tech companies that deal in data while pursuing business in China, home to the world’s second-biggest economy and largest population, say economists. Paul Zarowin, an accounting professor at New York University’s Stern School of Business, sees what is unfolding as a referendum on any tech company doing business in China.

“China is becoming more and more totalitarian. Regardless of where you’re listed, it almost doesn’t matter in terms of control in China,” Zarowin told MarketWatch. “Apple AAPL has compromised its principles to do business in China to appease the government there. It does 20% of its business in China. Anyone who wants to do business there has to sell its soul.”

The consequences for the U.S. IPO market, investors, and prospective Chinese tech companies could be disquieting. Chinese companies have raised more than $26 billion in the U.S. IPO market in the past year and a half, according to Dealogic — $13.6 billion in 2020 and $12.6 billion already this year — and more than 30 companies based in China and Hong Kong were expected to list in the U.S. in the rest of this year, according to data compiled by Bloomberg.

Chinese medical data group LinkDoc Technology LDOC, backed by Alibaba Health Information, appeared to be the first victim on that impending list of Beijing’s clampdown on overseas listings. The company had been due to price its deal Thursday but has postponed its plans, according to Nikkei, citing two people familiar with the deal.

“The Chinese are leaning on companies like Didi not to go public. Didi was a warning to other companies,” James Lewis, senior vice president at the Center for Strategic and International Studies, told MarketWatch.

Though the Chinese are loath to admit it, their actions copy U.S. policy. The Trump administration threatened to restrict Chinese company’s access to financial markets; the Chinese are trying to “force people to buy Chinese rather than go somewhere else,” Lewis said.

Meanwhile, Chinese regulators are considering a change that would require companies using a variable interest entity structure — Alibaba, Tencent Holdings Ltd. HK:700, and JD.com Inc. JD employ it to skirt Chinese restrictions on foreign ownership and capital and currency controls— to seek Beijing’s approval before listing in the U.S., Hong Kong or elsewhere.

At the same time, Chinese companies face intensifying pressure within the U.S. On Wednesday, Sen. Marco Rubio, R-Fla., who last month called on the Securities and Exchange Commission to block Didi’s IPO, said it was “reckless and irresponsible” for Didi to have been allowed to sell shares in New York. In May, Rubio introduced an act that would bar U.S. listings for Chinese companies out of compliance with American regulators.

Critics point out Chinese tech companies were encouraged by the government to grow at all costs, but when a few behemoths — Baidu Inc. BIDU, Alibaba, and Tencent are considered the biggest and known to some investors by the acronym BAT — got too big while elbowing out competition and innovation, regulators stepped in. (BAT extended their vice-like grip on digital advertising, to 67% in 2018, from 61% in 2015, according to consulting firm TS Lombard.) Something quite similar is playing out in the U.S., where the Obama administration was an unbridled champion of Silicon Valley as the Big Five — Apple, Amazon.com Inc. AMZN, Google parent Alphabet Inc. GOOGL GOOG, Microsoft Corp. MSFT, and Facebook Inc. FB — became all-powerful, leading to antitrust scrutiny by the Trump and Biden administrations, along with states.

“The Chinese government is doing what U.S. and EU regulatory bodies have been doing for years,” Ionut Ciobotaru, chief product officer at Verve Group, told MarketWatch. “Though they do have governmental surveillance, they want to make sure that’s not the case for the tech companies. It could also be that they want to keep these unicorns in check, like preventing AliPay’s IPO”.