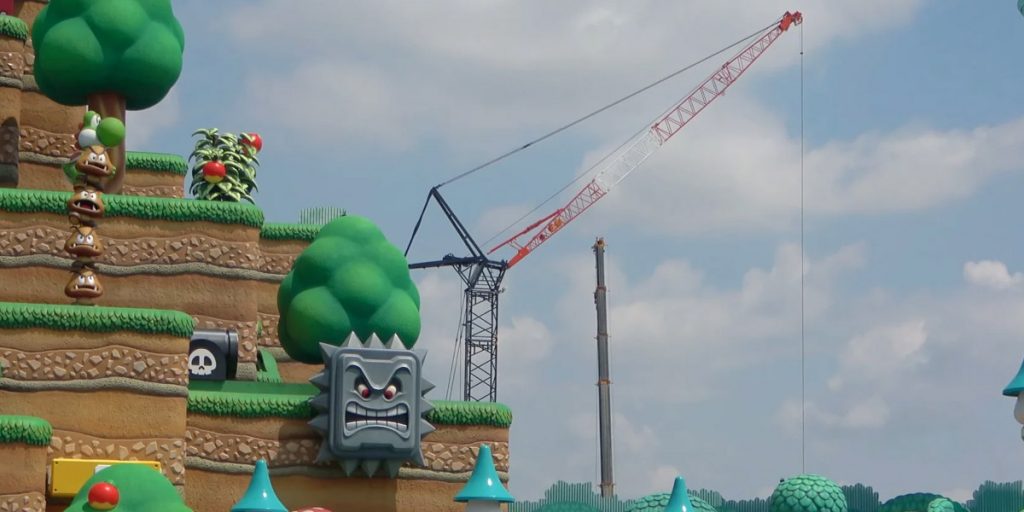 However, as pictured by social media users, construction cranes now loom large over Super Nintendo World’s Osaka environment, and aerial shots reveal that a jungle-themed backdrop has even been plastered alongside the construction area.

Some shots taken in July even suggest that part of the DK world’s structure has already been assembled, likely for a minecart-themed rollercoaster ride.

Super Nintendo World finally opened to the public in March, following months of delays caused by the coronavirus pandemic.

While Universal is yet to officially announced a Donkey Kong expansion for Super Nintendo World, information alluding to the potential plans have circulated as far back as 2019.

Adding even further weight to the DK plans is the discovery of Donkey Kong-related assets that were datamined from the Universal Studios Japan mobile app in December 2020.

The assets include various collectables from the Donkey Kong Country series, as well as the titular apes themselves. The images match the visual style of Super Nintendo World’s Stamps, suggesting that similar Achievements-style challenges will be added to the future expansion.

Florida’s version of Super Nintendo World has reportedly been delayed until 2025, while construction has resumed on the Hollywood version, which is said to be smaller in scale than the others and will likely open sooner.

Donkey Kong Theme ParkNintendo
Previous ArticleMicrosoft: This Windows and Linux Malware Does Everything It Can To Stay on Your NetworkNext ArticleZoom Agrees to Settle Lawsuit Over ‘Zoombombing’