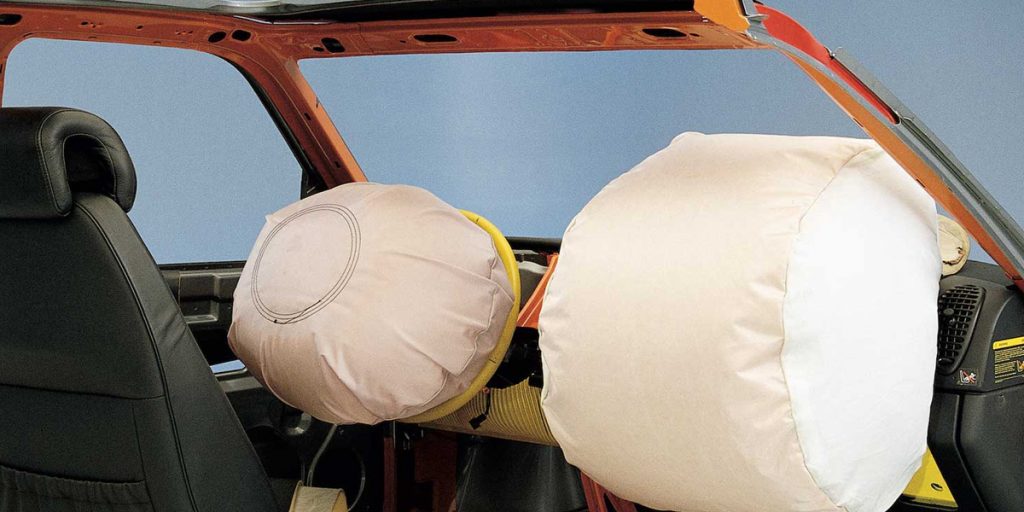 At the Air Force Research Laboratory’s Munitions Directorate in Florida, a new gas cartridge system for releasing bombs from aircraft is believed to have the potential to improve safety airbags in cars.

But the core invention is something called a Selectable Force Gas Generator, which was developed by Jerry Provenza, an engineer at the lab, to prevent bad bomb releases, as in an Air Force pilot says “bombs away,” but the munition accidentally tumbles sideways and clips a wing.

But as you can see, the Air Force believes that Provenza’s idea has broader implications and has expanded its claims to airbags in the new application.

“Generally, each airbag is a customized static design that activates with a preset force intended for worst-case scenarios where the airbag must be fully inflated very quickly to absorb a large amount of momentum transferred from the occupant,” according to the new patent application published Thursday. “Occupants can be injured by the airbag itself due to this rapid inflation”.

Using sensors and computer processors, the new airbag system could adapt to the particular deceleration event (car crash) and weight of the occupant, releasing only the amount of gas necessary to protect the person.

But, because of U.S. laws and regulations, the Air Force can transfer its technologies to private companies, in this case, airbag manufacturers, so that they can be commercialized into new products.

Through a patent license agreement, private companies can obtain the rights to the government’s intellectual property.

TechLink’s Darin Oelkers is ready to help companies review all of the technologies in the Munitions Directorate’s IP portfolio, learn about the tech transfer process, and help them through the application procedures so they can secure a patent license from the Air Force.