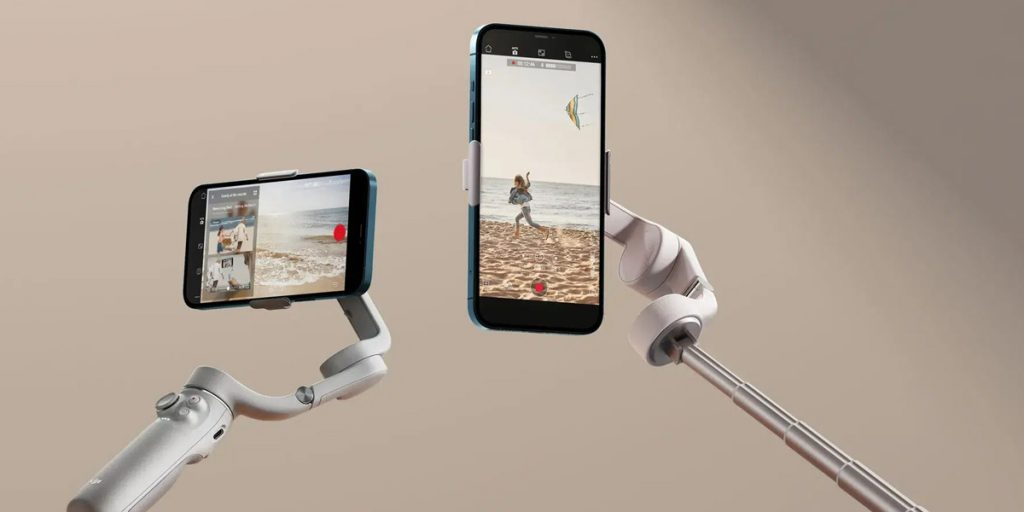 Today DJI revealed the fifth iteration of its affordable smartphone stabilizers that help turn the device in your pocket into a surprisingly capable filmmaking tool. Although the DJI OM 5 now includes a telescoping arm that makes capturing group shot selfies and low-angle shots easier, the improvements come with a significant cost to battery life.

Like the DJI OM 4 that made its debut just over a year ago, the new OM 5 features the same easy-to-use magnetic clamp system but with increased adjustability so that larger phones, including those wearing a bulky protective case, can be easily attached and removed from the gimbal. The OM 5 also features a smaller and lighter design, even with the addition of a built-in “extension rod” that can position a smartphone an additional 215-millimeters (about eight-and-a-half-inches) farther away from the user. DJI has essentially turned the gimbal into a stabilized selfie stick for capturing larger group shots, but the extra length will also make it easier to capture more creative shots from higher or lower angles.

The extension rod doesn’t automatically extend and retract so you can’t use it as a short-range camera dolly, but you probably wouldn’t want it to anyways because while last year’s OM 4 model boasted 15 hours of battery life, the new OM 5 tops out at around six hours and 20 minutes. That’s still pretty decent—you’d probably fill up your phone’s storage capturing video before the OM 5 needed a recharge—but it’s a significant drop in battery life given the OM 5 doesn’t look much smaller than the OM 4. The storage space needed for that telescoping arm apparently left a lot less room for the battery.

The added reach of the telescoping gimbal promises to make it easier to capture larger selfie shots with a group of people, as well as more creative angles when using the smartphone’s rear cameras.

Other upgrades on the DJI OM 5 include stronger motors in the gimbal to hold larger and heavier smartphones steady, improved image recognition and tracking for automatically locking onto specific subjects in the frame, and a new ShotGuides feature in the app which will scan a scene, automatically recommend a series of shots to capture, and then automatically edit them together into a video.

The OM 5 is available now on DJI’s website in two color options: Athens Gray and Sunset White, for $139. Optional upgrades include a $39 carrying case (the device does come with a fabric storage pouch), as well as a $79 alternate magnetic smartphone clamp that adds battery-powered LED lights to improve low-light selfie shots.