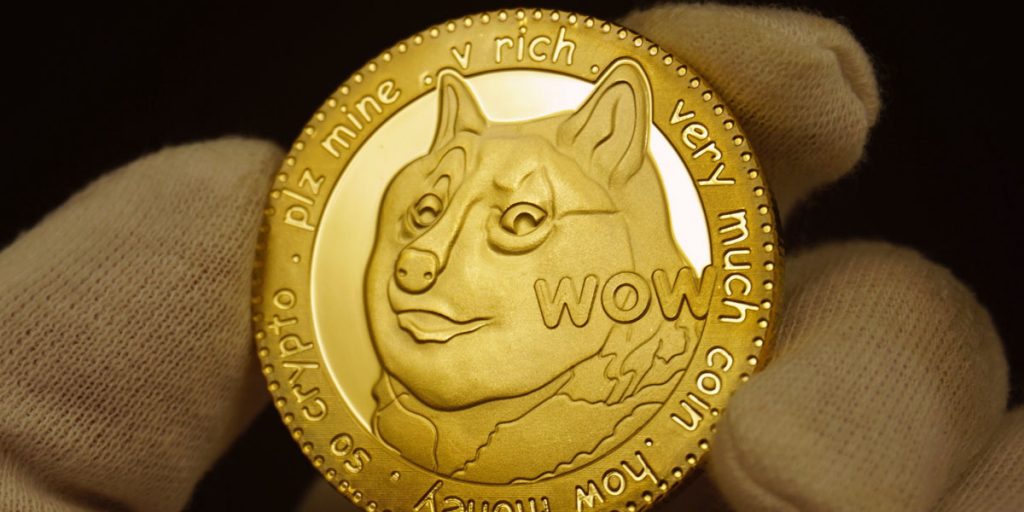 Doge, the classic meme behind the meme cryptocurrency Dogecoin (DOGE), will be sold as a non-fungible token (NFT) in an auction on Thursday, NBC News reported Monday.

What Happened:  The auction will be hosted by NFT auction site Zora and is being curated and certified by Know Your Meme, the internet meme database, as per the report.

Don Caldwell, Know Your Meme’s editor-in-chief, was quoted by NBC News as saying that the database has verified that Japanese nursery teacher Atsuko Sato herself will be auctioning the photographs of Kabosu, the female Shiba Inu that featured in the original meme.

The proceeds from the sale will reportedly go towards charities.

Cryptocurrency publication Decrypt noted that an NFT of Doge would not act as a copyright, but is more like a digital autograph from the meme creator.

Why It Matters: Doge is an Internet meme that became popular in 2013. The meme typically consists of a picture of a Shiba Inu dog accompanied by multicolored text in Comic Sans font in the foreground.

The meme, based on a 2010 photograph of Kabosu, became popular in late 2013. Dogecoin, the cryptocurrency based on Doge and created mainly as a joke in 2013, has shot to prominence this year, in major part due to endorsement from Tesla Inc. (NASDAQ: TSLA) CEO Elon Musk.

NFTs, blockchain-based tokenization of collectible items or art pieces, allow users to own digital assets like retail estate, art, digital sneakers, and video moments. NFTs also give artists more control over their assets and allow them to set sale prices.

Some NFT artworks have recorded sky-high valuations, with Beeple’s ‘The First 5000 Days’ NFT based digital artwork being sold for $69 million in an auction in March.

In the same month, the “Grumpy Cat” internet meme which fetched more than $80,000 in an NFT sale, while token sneakers sold for $3.1 million.