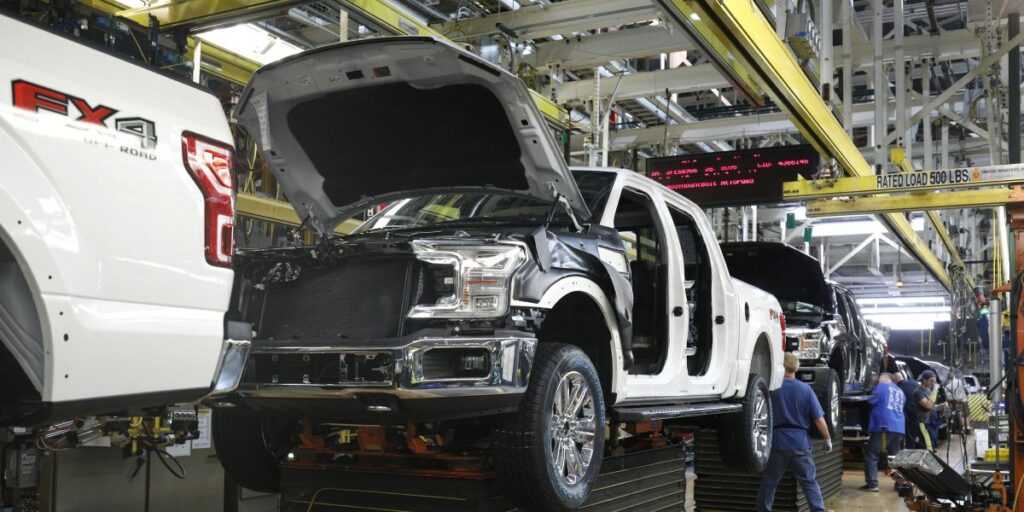 The data, which was provided by AutoForecast Solutions, shows that automakers in North America have now skipped the assembly of more than 1 million vehicles since the beginning of 2022. The global semiconductor shortage has impacted nearly 3 million vehicles worldwide this year, according to the data, and nearly 4 million vehicles will be impacted by the year’s end.

“We are still looking at a bottom in Q1 2023 with the anticipation of the start of a recovery in Q2. Even then, it is expected to be gradual with peaks and valleys throughout the year,” said Joseph McCabe, CEO of AutoForecast Solutions.

This week’s impacted production in North America means the region surpasses Europe as the most affected region worldwide.

In July, General Motors said it had nearly 100,000 unfinished vehicles waiting for semiconductors as part of its mid-year update for investors, and other automakers have shipped cars to dealers without some functions such as heated seats due to the chip shortage.

Despite the rising shortage, industry analysts and some producers expect the shortage to ease by the end of the year, with relief coming soon.

“The good thing to know, it is easing up,” Swiss-based automotive supplier ABB CEO Bjorn Rosengren told Reuters last month. “I would not say the problems are over yet, but we have commitments for the second half which look quite good.”

According to AutoForecast, the assembly of 1.04 million vehicles in Europe has been impacted by the shortage, just shy of North America’s 1.06-million mark. Combined, South America, Asia, China, and the Middle East and Africa regions comprise nearly 900,000 more impacted vehicles.

Since 2021, production of roughly 13 million cars worldwide has been skipped due to the shortage, although there are encouraging signs. In the data provided by AFS this week, automakers in Europe said they don’t expect an increase in skipped vehicle productions, a signal that there could be positive signs ahead.

“Europe staying flat this week is not an indication we are out of the woods in terms of the shortage impact,” McCabe said. “However, it is a good indicator that there may be light at the end of the tunnel.”