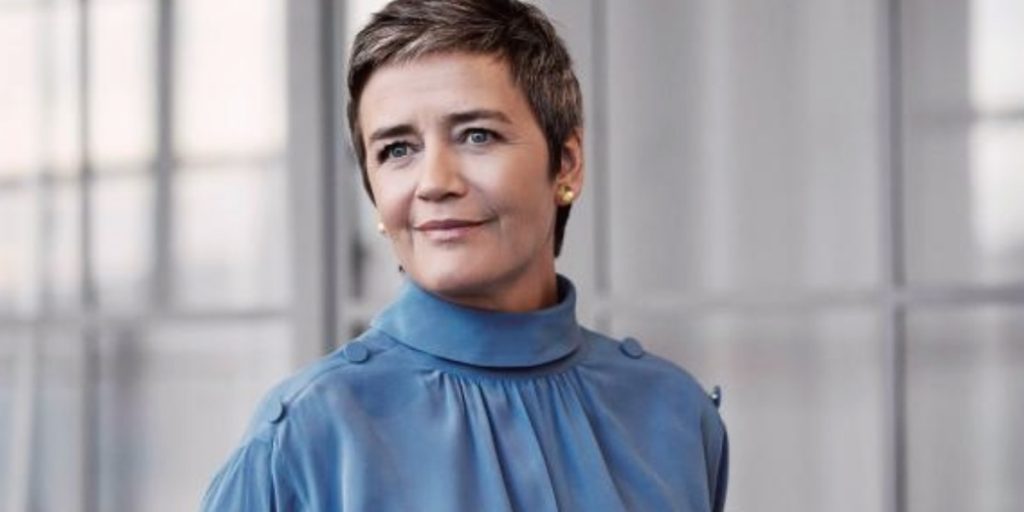 The US and the European Union (EU) have set up a new transatlantic group specifically dedicated to digital competition, an apparent bid to bridge the often acrimonious divide between Brussels and Silicon Valley.

The US-EU Trade and Technology Council will seek to establish new global trade standards for emerging technology, promote democratic values online and explore US/EU collaboration on research and development. It will also look to coordinate standards and regulations around new technologies, such Artificial Intelligence. It’s also got an open agenda of making supply chains less dependent on China.

The Council is the latest evidence of rapprochement between the EU and the US under the Biden administration, with the former having frequently been accused of protectionism, including by former President Barack Obama, and of being set up to hurt the US in a mad MAGA conspiracy fantasy by former President Donald Trump.

She was also famously given what many might regard as a badge of honor by being dubbed by Donald Trump as “perhaps worse than any person I’ve ever met”, which given the number of contenders there must be for that title is quite the back-handed compliment. For her part, Vestager makes no secret of the fact that she’s detected a positive change in the status of EU/US cooperation since the former reality TV star and one term US President went back to the golf course at Mar-a-Lago.

Earlier this week, Vestager took part in a debate at the CogX conference, in which she addressed some of what she sees as opportunities for geopolitical change in a Vaccine Economy after 15 months in which dependency on tech – from virtual learning through to Amazon-dependency – has altered societal attitudes potentially irrevocably, at the same time as global attitudes around Big Tech regulation – from content responsibility through to digital taxation – have come to the fore.

Vestager thinks that the time is ripe for action finally to be taken that has meaningful consequence:

I think instead of feeling anxious, there is a feeling of, ‘Let’s take action!’. It’s not just a European thing, it seems also to be a very global thing. When I was at the G7 Digital Ministers meeting, we had people coming in from Japan, from South Africa, pretty much from all over the world, and there was a sense of not only a shared agenda of things that we need to do but also a shared sense of, ‘We need to take action. At least in Europe – and I think it’s pretty much the case all over the world – you’re more than welcome to be successful, big-time successful, but with success comes responsibility and that responsibility is not really lifted these days, both in order to keep the market base open and contestable, but also when it comes to being the host of our democratic dialogue. Here you have a responsibility.

So, I think things have changed quite a lot over the last five years but really accelerated by the pandemic. We will not make the same legislation in every jurisdiction, but I think the things we do will have the same direction. It will be the same guiding principles. We realize that actually there is something fundamental at stake in our democracies because geopolitically we also have a systemic rivalry with countries who are not democracies and that I feel is a really strong change that has come around.

Democracies need to come together, she argues, even when not all marching entirely to the same tune:

We need an alliance of democracies. We really need to assert ourselves for democratic values to underpin the standards of technology. The reason why I say in an alliance of democracies is that in a democracy, the integrity, the dignity, of each and every one [of us] is the starting point, not that the states have a right to decide and do the surveillance as to what we’re doing. It’s really important that we get this right, that we do not accept technology used for social scoring by states, that we do not accept continuing biometric identification in public spaces that I find really, really intrusive, that when it comes to using biometrics the integrity of the individual is the starting point, that you own yourself. So, I think we are making really important choices these days, as to whether we can overcome our differences as democracies to do this together. We have great democracies all over the planet, talking about the same thing. Take India, Australia, New Zealand, South Africa, the US, Canada. Of course, there are areas where we do not see eye to eye. But I think fundamentally, we are really, really, really on the same page.

That’s splendid political idealism, but does that sort of thing ever translate into cohesive action? When the much-vaunted G7 success on Digital Services Taxation was fan-fared last week, diginomica applauded the basic idea but queried the practical delivery beyond the political photo opp and the press release. Vestager appears conscious of such skepticism:

“Democracy by nature is slow because we want to we talk, we try to understand in full, we make plans, we want to shape the future. Technology by nature is fast. So, I think it’s really important that we gain the self-awareness that we act, even if we are sometimes slow and haven’t understood everything in every detail, but we act on a matter of principle as to what constitutes a society, a marketplace, a democracy, that we’re willing to do that. I find it 100% legitimate because we have done it before. This was also the case with the first Industrial Revolution, which also, for those days, [brought] really fast changes and yet, eventually, we managed to get working hours right, to get the children out of the factories and into schools, to get the working environment on dangerous substances right, to protect nature against all the pollution. So, we have done it before”.

Whether you accept the thesis that comparing not sending urchins up chimneys to scrape out soot is comparable to making Mark Zuckerberg face up to Facebook’s societal responsibilities is indeed a like-for-like concept – both do involve a lot of dirty hands and grubby faces! – there is the wider question of whether legislators, both in the EU and the US, are fit for purpose when it comes to tackling tech regulatory issues. Time and again in Washington and Brussels alike, tech titans are hauled before politicos on the make, who then proceed to posture, pontificate that ‘something must be done and then let the titan in question slip away back to Silicon Valley with barely a punch landed.

On this point, Vestager has a near idealistic worldview, one in which politicians all care about what voters want – and not just at election time – and the voters themselves – you and me and the family down the street – face up to our own responsibilities actively to create the digital economy society we want to live in, not just accept the one Zuckerberg and his peers are prepared to give us:

“There is a fundamental thing about politicians and it is that just as they inspire voters, voters also inspire politicians, so I think it’s really important that more people take an interest. Just as back in the days where the unions played a really important role in getting the working conditions right in the factories, I think here, both in our role as citizens, as consumers, as workers, as entrepreneurs, that we [have to] use our voice”.

“This is one of the reasons why digital skills are such a hard strategic priority because it’s really difficult to make claims about things that you do not understand at all and that you feel estranged towards. If I could wish for one thing, it would be that there was a different awareness, that it’s now that we should take action to make sure that our societies get the right direction, and that digital technology is a tool and we should use it in the best possible way”.

“All of a sudden, we may actually fulfill some of all those promises given over the years of access to education, world-class health care, unpolluted cities fighting climate change. But it’s not just something done by politicians in enclosed rooms, it is something that needs also the demand from voters.”