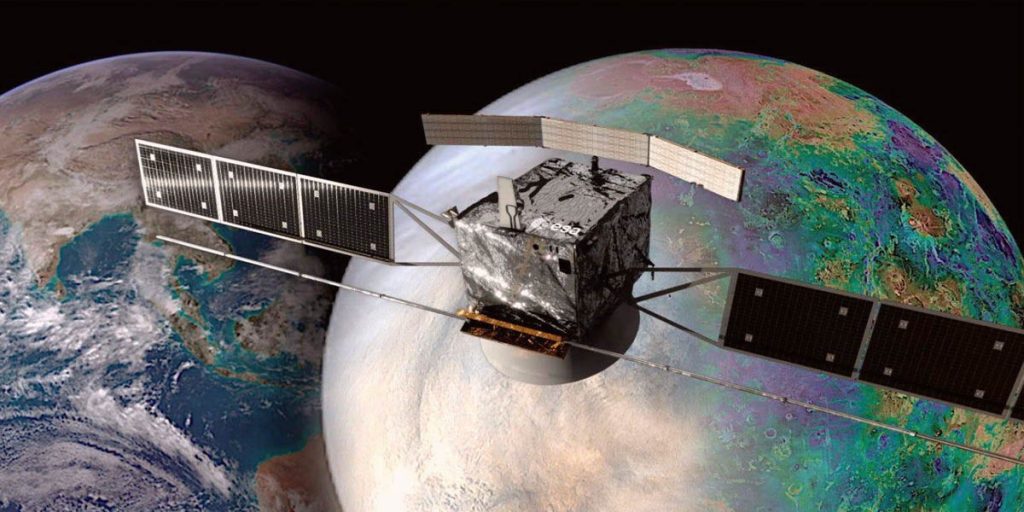 The European Space Agency has announced it will be launching its own mission to Venus that will join two American spacecraft announced earlier this month, to explore our sister planet. It is part of a broad effort to solve the mystery of why a world so much like ours turned out so differently.

The European mission, called EnVision, will orbit Venus and probe the surface with radar, looking for signs of volcanic activity both past and present. Volcanoes are believed to be the source of a planet’s atmosphere and the atmosphere of Venus is incredibly different from ours and that of Mars.

If you have felt the intense heat when you open the door of an oven that has been baking at 200 C, that would be considered a cold day on Venus. The temperature on the surface is more than twice that, an unimaginable 464 C — higher than the melting point of lead.

Any spacecraft we send there has little chance of surviving for long. The only craft to land on Venus was the Russian Venera series. In fact, Venera 3 was the first spacecraft to touch another planet in 1966. However, it was a crash landing, as the spacecraft failed in the atmosphere.

Several following missions were lost due to the harsh conditions, and even those that landed successfully didn’t last for long. Venera 9 operated for a full 53 minutes, but in that time was able to successfully send back the first image of Venus’s surface. The Venera 13 mission survived for just a bit over two hours. In 1978, the U.S. sent its Pioneer Venus missions, and while one of the atmospheric probes survived to reach the surface, it succumbed after 45 minutes.

Given the conditions, it’s highly unlikely a human will ever set foot on Venus.

We have three planets in our solar system, Venus, Earth, and Mars, all made of similar rocky materials, all within the habitable zone of the sun, but with three very different environments. One is a super-hot runaway greenhouse, enshrouded in a dense carbon dioxide atmosphere. One is in a permanent ice age with frigid temperatures under an extremely thin carbon dioxide atmosphere, and the other, right in the middle, is just right with nitrogen and oxygen air to breathe and live in.

The intriguing part of this mystery of why the planets are so different is the fact that at one time in the distant past, they were much more alike. There is evidence that billions of years ago Venus was cooler with liquid water on its surface and we’re pretty sure that Mars was warmer and wetter as well. That means there could have been a time long, long ago when there were three blue planets.

The reason we explore other planets is to better understand our own. Venus and Mars changed from conditions that might have supported life to dramatically different environments and have remained that way ever since. The Earth, on the other hand, is in a constant state of change, with ice ages and warm periods battling for dominance over geological time.

It’s clear that planets are capable of dramatic global transformations. In the past, those changes have been the result of volcanic activity, the impact of objects from space, or the movement of continents. Now we humans are affecting the climate on a global scale in a very short time, pushing a system that can transform profoundly. Nobody is suggesting that the Earth is in danger of turning into something like Venus or Mars. But they are a vivid illustration of what can happen to a planet when its climate goes awry.