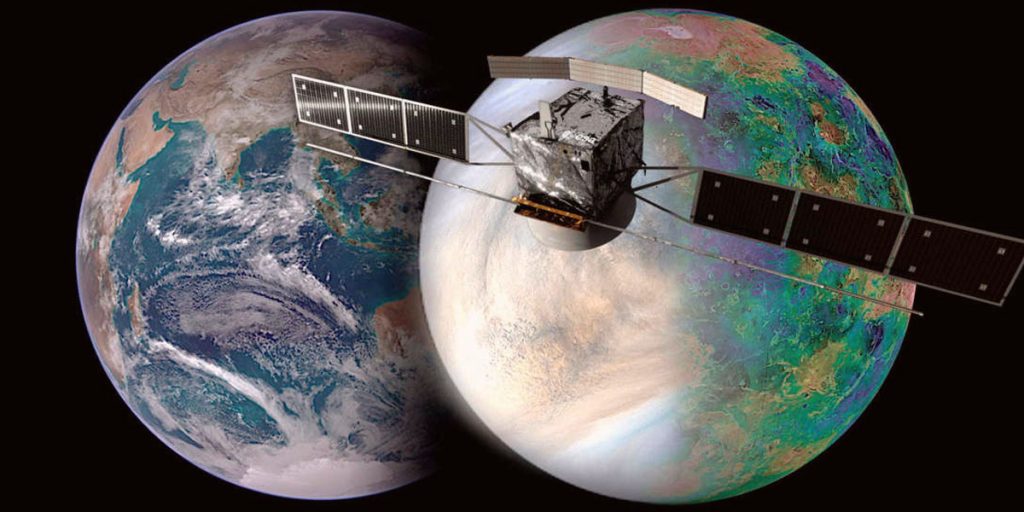 After decades of gazing longingly at Mars, the world’s space agencies are finally turning back to look at Venus.

Last week NASA announced that it had picked two new missions to go to Venus – one, called VERITAS, to orbit the planet and another, called DAVINCI+, to plunge to its surface. Now the European Space Agency (ESA) is throwing its hat in the ring.

The ESA revealed Thursday that it’s sending its own probe to Venus – an orbiter called EnVision. The mission aims to study how the planet’s atmosphere, surface, and interior interact to create the infernal pressure cooker it is today. Together, the three probes spell a renaissance in Venutian science.

“A new era in the exploration of our closest, yet wildly different, solar system neighbor awaits us,” Günther Hasinger, ESA Director of Science, said in a press release. “Together with the newly announced NASA-led Venus missions, we will have an extremely comprehensive science program at this enigmatic planet well into the next decade.”

Venus used to be a lot like Earth. The two planets are about the same size, and they’re made of the same material. Scientists think Venus could have even had oceans in the distant past.

But something happened that drastically changed Venus’ climate. Today it’s the hottest planet in our solar system, thick with yellow, heat-trapping clouds of sulfuric acid. Its average surface temperature is a blistering 880 degrees Fahrenheit (471 degrees Celsius) – hot enough to melt lead – and its crushing air pressure is more than 90 times that of Earth’s.

The upcoming missions could help scientists understand how Venus became such an extreme environment, whether it was hospitable to life, and whether or not its volcanoes are still erupting.

The world’s interest in Venus was rekindled in September, when a new study suggested the planet’s clouds could harbor microbial aliens.

That’s because researchers found traces of phosphine – a gas typically produced by microbes on Earth – in the upper reaches of Venus’ clouds. However, a follow-up study suggested those trace elements weren’t phosphine, but rather sulfur dioxide, casting doubt on the idea that Venus could be habitable.

These new missions could help settle that debate.

“It is astounding how little we know about Venus, but the combined results of these missions will tell us about the planet from the clouds in its sky through the volcanoes on its surface, all the way down to its very core,” Tom Wagner, a NASA Discovery Program scientist, said in a statement about the NASA missions. “It will be as if we have rediscovered the planet.”