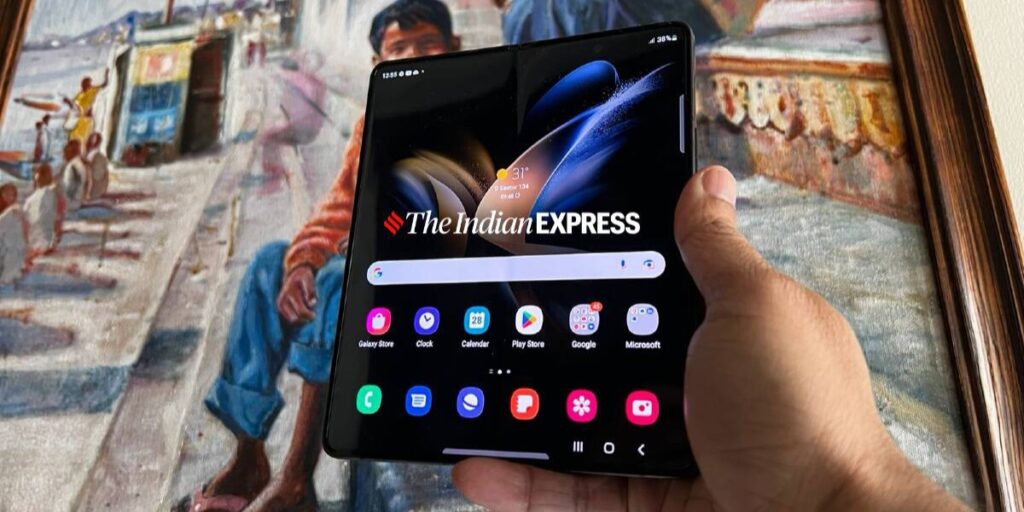 Google employees are seeing all the buzz around ChatGPT, the artificial intelligence chatbot that was released to the public at the end of November and quickly turned into a Twitter sensation.

Some of them are wondering where Google is in the race to create sophisticated chatbots that can answer user queries. After all, Google’s prime business is web search, and the company has long touted itself as a pioneer in AI. Google’s conversation technology is called LaMDA, which stands for Language Model for Dialogue Applications.

At a recent all-hands meeting, employees raised concerns about the company’s competitive edge in AI, given the sudden popularity of ChatGPT, which was launched by OpenAI, a San Francisco-based startup that’s backed by Microsoft.

“Is this a missed opportunity for Google, considering we’ve had Lamda for a while?” read one top-rated question that came up at last week’s meeting.

Alphabet CEO Sundar Pichai and Jeff Dean, the long-time head of Google’s AI division, responded to the question by saying that the company has similar capabilities but that the cost if something goes wrong would be greater because people have to trust the answers they get from Google.

Billions of people across the globe use Google’s search engine, while ChatGPT just crossed 1 million users in early December.

“This really strikes a need that people seem to have but it’s also important to realize these models have a certain types of issues,” Dean said.

Morgan Stanley published a report on the topic on Monday, looking at whether ChatGPT is a threat to Google. Brian Nowak, the bank’s lead analyst on Alphabet, wrote that the bearish case for Google is that language models could take market share “and disrupt Google’s position as the entry point for people on the Internet.”

However, Nowak said the firm is still confident in Google’s position because the company is continuing to improve search while creating behavioral change is a huge hurdle for any new and competitive technology. Additionally, Google is “building similar natural language models such as LaMDA” and “we look for further products to come over time,” he wrote.

Pichai said at the meeting that the company has “a lot” planned in the space for 2023, and that “this is an area where we need to be bold and responsible so we have to balance that.”

In a tweet over the weekend, OpenAI CEO Sam Altman acknowledged that ChatGPT has limitations and that users should be careful with how much they rely on the answers they’re getting.

“It’s a mistake to be relying on it for anything important right now,” Altman wrote. “It’s a preview of progress; we have lots of work to do on robustness and truthfulness.”

Google, which has a market cap of over $1.2 trillion, doesn’t have that luxury. Its technology has stayed largely in-house so far, Dean told employees, emphasizing that the company has much more “reputational risk” and is moving “more conservatively than a small startup.”

“We are absolutely looking to get these things out into real products and into things that are more prominently featuring the language model rather than under the covers, which is where we’ve been using them to date,” Dean said. “But, it’s super important we get this right.”

Dean said the technology isn’t where it needs to be for a broad rollout and that current publicly-available models have issues.

The AI “can make stuff up,” Dean said. “If they’re not really sure about something, they’ll just tell you, you know elephants are the animals that lay the largest eggs or whatever,” he said with a laugh.

Regarding Google’s internal chat tools that have been available to employees, Dean said that during the pandemic “people would kind of chat with the system for a while and have these engaging conversations” at lunchtime.

Pichai said that 2023 will mark a “point of inflection” for the way AI is used for conversations and searches.

“We can dramatically evolve as well as ship new stuff,” he said.

Employees had other concerns about Google searches.

The company is coming off its slowest period of growth since 2013, aside from one period during the pandemic. Search-related revenue only increased 4% from the prior year, a slower growth rate than the company’s overall ad business.

At the meeting, Pichai read the following question aloud: “With headlines like ‘Google search is dying,’ it’s not what it used to be, how concerning is this to you, Sundar? And what is the understanding of the common thread behind these concerns and what we can do about them?”

“I think it’s a good question – I’ve read all the articles,” Pichai said. “The progress has been great but it’s also true that people take everything we do for granted and you’re constantly looking ahead.”

“There’s no denying, we have to step up and answer and model those queries,” Raghavan told employees. “Users’ expectations keep evolving – they’re asking us new things,” he said. “It does behoove us to step up and address the needs.”

Industry estimates still show that Google holds at least 90% of the search market, and the company remains under scrutiny by regulators. Executives have been more willing of late to talk publicly about Google’s competition in a market where it’s been accused of operating a monopoly.