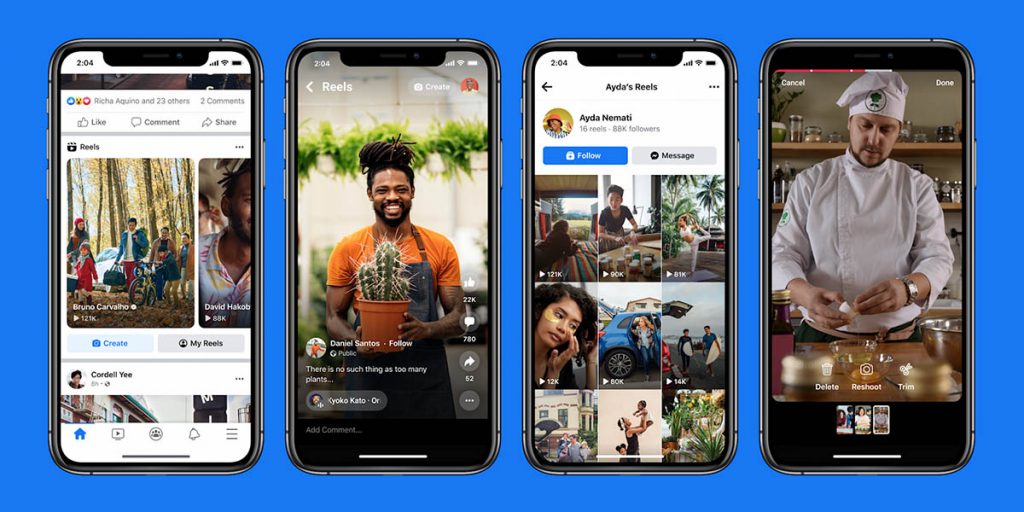 Starting today, some Facebook users in the US will see Reels, Instagram’s take on TikTok-like short-form videos, appear throughout the company’s main app, the social media giant told The Verge. If Facebook enrolls you in the test, you’ll see the clips appear nestled in the News Feed and within Groups. The experiment is an expansion to an existing one Facebook is running in Canada, India, and Mexico.

In addition to watching Reels on the platform, you can record them directly from the Facebook app. Moreover, much like with Stories, Instagram users can cross-post the clips to Facebook. The company told The Verge the test is in part a response to the popularity of the format, with interest in the clips growing “especially quickly.”

Whatever you think of them, it’s safe to say short-form videos are here to stay, and Facebook isn’t the only company intent on integrating the format into its mainline app. Just last month, YouTube rolled out tools for creating Shorts to users in 100 countries and started paying out creators from the $100 million fund created to support the format.