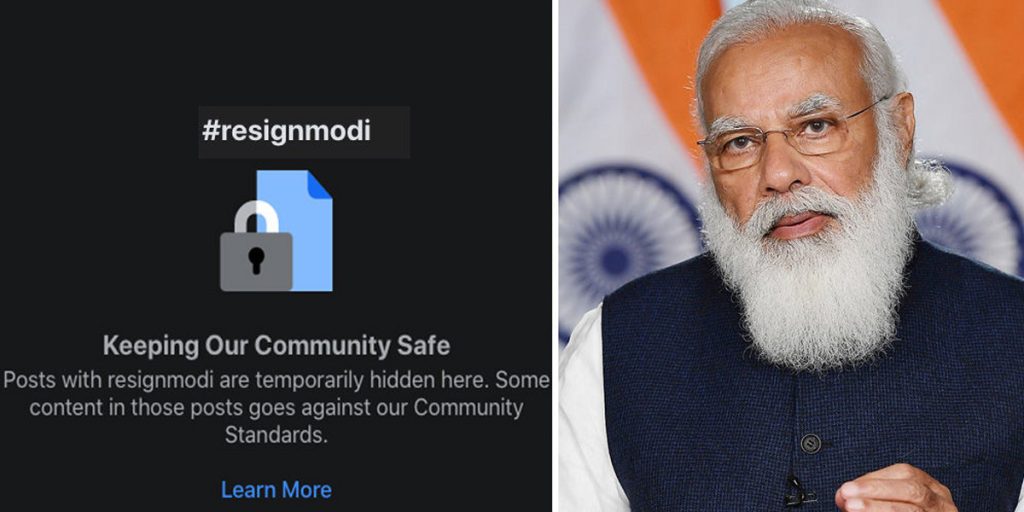 Facebook has restored the #ResignModi hashtag, which calls for the resignation of Indian Prime Minister Narendra Modi. The news follows reports Wednesday that the social media network was censoring posts with the hashtag because some violated its community standards.

“We temporarily blocked this hashtag by mistake, not because the Indian government asked us to,” Andy Stone, from Facebook communications, clarified in an emailed statement Wednesday evening. Stone had tweeted earlier in the day saying the hashtag had been restored and the social network was “looking into what happened.”

“Keeping our community safe,” the notice on Facebook read when people searched for the hashtag. “Posts with #ResignModi are temporarily hidden here. Some content in those posts goes against our community standards.”

The Facebook hashtag block follows Twitter taking down dozens of tweets over the weekend at the request of the Indian government. Those tweets were critical of the government’s response to the spike in COVID-19 cases across India.

“When we receive a valid legal request, we review it under both the Twitter Rules and local law. If the content violates Twitter’s Rules, the content will be removed from the service,” a Twitter spokesperson said in a statement on Sunday. “If it is determined to be illegal in a particular jurisdiction, but not in violation of the Twitter Rules, we may withhold access to the content in India only.”