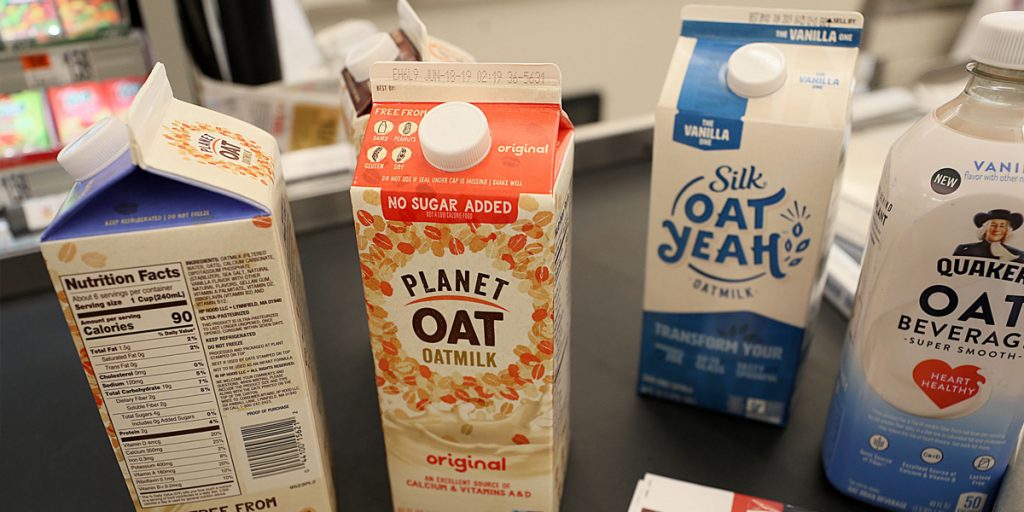 Welcome to the weekend and the spring season! If you happen to find yourself caught in a spring shower while admiring wildflowers, this is the perfect time to scurry home catch up on some Food Tech News. This week we have stories on the first oat milk gin, a traveling grocery landing in Chicago, and Shelf Engine’s technology being implemented in an independent grocery store.

Finland-based Arctic Blue Beverages produces an award-winning gin and the company launched a new product this week – a vegan oat milk infused gin. The inspiration came from one of the board members, who is a former CEO of a Finnish oat producer. The new product is called Arctic Blue Oat and is a mixture of organic, gluten-free oat milk and gin. The company’s website describes the flavor of its newest gin as “…the flavour of an oaty blueberry pie, smothered in vanilla sauce and topped off with a generous sprinkling of cardamom.” Arctic Blue Oat will be available in Finland within the next few months, and then shortly after be distributed to other countries throughout the year.

Pop Up Grocer is a traveling grocery that offers hundreds of unique food, pet, body care, and home items, and moves to a different major city every 30 days. After popping up in Los Angeles, New York, and Austin, Pop Up Grocer’s next location is Chicago. The grocery concept emphasizes selling products that are plant-based, health-conscious, and unique, and Pop Up makes an effort to buy from brands that are women and BIPOC owned. Additionally, the temporary grocery store will offer brands that currently just sell online, like Loca and Magic Spoon. The Pop Up Grocer will be in the Wicker Park neighborhood of Chicago from April 30 through May 30 before moving to the next city.