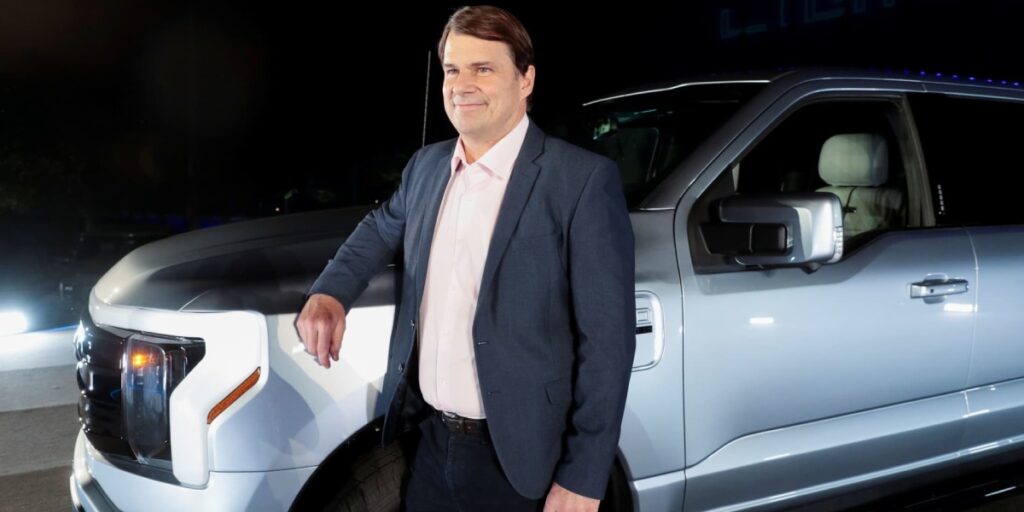 The dealership practice of placing so-called market adjustments on new vehicles is hated by consumers and automakers alike. Even though car companies can suggest a retail price, dealerships are free to do as they wish. This often results in some eye-watering prices which, of course, the customer may choose not to pay. But the lack of new car supply means some have no choice, and dealerships are getting away with this awful practice.

Just recently, F-150 Lightning trucks were being advertised with startling markups. Ford’s CEO Jim Farley is fed up with this and has devised a rather cunning plan to stop the greedy method in its tracks. According to Automotive News, the automaker is giving its retailers until October 31 to decide if they want to sell EVs. For some dealers, this is a tough decision, as Ford has laid down some serious requirements.

If American Ford dealerships want to continue selling desirable vehicles such as the Lightning and Mustang Mach-E, they need to commit to fixed pricing – which means no markup. This will come as music to the ears of consumers everywhere, who have had to put up with the unscrupulous practice for too long.

Retailers will have to place predetermined prices online for EVs, which would allow for fair competition amongst dealers. Potential customers will be able to shop around for the best deal, purchase the vehicle and plan the delivery, all without setting foot in a Ford retailer. The fixed prices will apply to old-school shoppers too, who prefer to visit physical dealerships and experience the product for themselves.

However, it’s a tricky decision for dealerships to make. And not for the reasons you think. Another requirement stipulates that dealers need to fork over a substantial investment if they want to partake in Ford’s electric future.

Interested retailers have a choice of two tiers; Model e Certified Elite and Model e Certified. The Elite business model will require an initial $900,000 investment. Most of this would go towards the installation of two DC fast chargers, one of which has to be “public-facing.”

By 2026, a third fast charger is required through an additional $300,000 investment. All in all, that’s $1.2 million to gain the privilege of selling Ford’s electric vehicles. Elite dealerships will, however, receive demo vehicles and carry limited stock. In response to a call for cheaper alternatives, Ford created Model e Certified. A $500,000 investment is required for one public-facing fast charger. There are fewer privileges, though. These dealers won’t receive any inventory or demo models.

Of course, dealerships can also opt-out for now and become certified at a later date. They won’t, however, get the chance to buy EVs until then.

Jim Farley, who has previously spoken out against dealer markups, told reporters that Ford doesn’t “want to rush dealers into being a Model e dealer before they are ready to. He added, “We want people to take on these standards that can be profitable in executing them. Farley explained that dealers are not being pressured into making a move that could hurt them.

“It will not be good for the dealers or the company if people take on these standards and they don’t get a return on their investment. We’re not so excited or dogmatic that we want a certain number of people to take it that we’d look past the financial viability of it. That’d be a really bad move for us,” he said.

Ford is also looking to beat Tesla at its own game. Farley is hoping to convince dealers to reduce EV prices by as much as $2,000. In July, the CEO told analysts that the automaker needs to reduce costs to remain competitive against the direct sales model favored by startups.