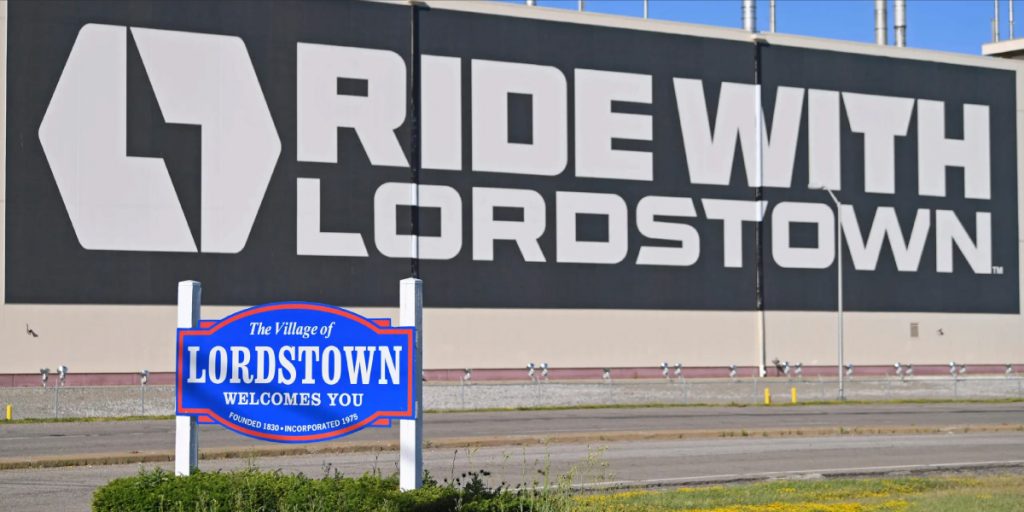 Young Liu, Chairman of Foxconn, said the deal would help Foxconn achieve “the goal of moving ahead our timeline to establish electric vehicle production capacity in North America.”

Foxconn, the world’s largest contract electronics maker best known for assembling Apple’s iPhone, will invest $50 million in Lordstown equity. Lordstown Motors plans to enter into a long-term lease for a portion of the existing facility for its Ohio-based employees, and Foxconn plans to offer employment to many Lordstown employees.

Lordstown CEO Daniel Ninivaggi said in an interview the new partnership with Foxconn allows Lordstown to move to a less capital-intensive business model and that the deal is expected to close in about six months.

“We can get the benefits of scale without necessarily having to do it all on our own,” Ninivaggi said.

Under the deal, Lordstown Motors will issue warrants to Foxconn for 1.7 million shares of common stock at an exercise price of $10.50 per share.

Lordstown separately said on Thursday it would move forward with its plan to build a limited number of vehicles for testing and regulatory approvals through early 2022.

In April, Foxconn drastically scaled back a planned $10 billion factory in Wisconsin, a project former U.S. President Donald Trump once called “the eighth wonder of the world.”

Foxconn reduced its planned investment to $672 million from $10 billion and cut the number of new jobs to 1,454 from 13,000. It had proposed a 20-million-square-foot manufacturing campus in Wisconsin that would have been the largest investment in U.S. history for a new location by a foreign-based company.

Lordstown shares closed up 8.4% and were up nearly 10% in after-hours trading.

Lordstown, which has struggled to launch production of its Endurance pickup, had previously said it was in talks to build vehicles for other automakers or lease space in its factory. It currently uses only 20% of the plant’s 6.2 million square feet.

Fisker in May finalized a vehicle-assembly deal with Foxconn. Fisker Chief Executive Henrik Fisker said in an interview Thursday Foxconn will build 150,000 vehicles a year to start for Fisker with production to begin by 2024.

Foxconn, meanwhile, has been exploring possible sites to build EVs in the United States. The company had previously said it was in talks with Wisconsin state about building EVs there. Foxconn and Fisker Inc (FSR.N) said in May they had finalized a deal for Foxconn to build EVs for the EV startup.