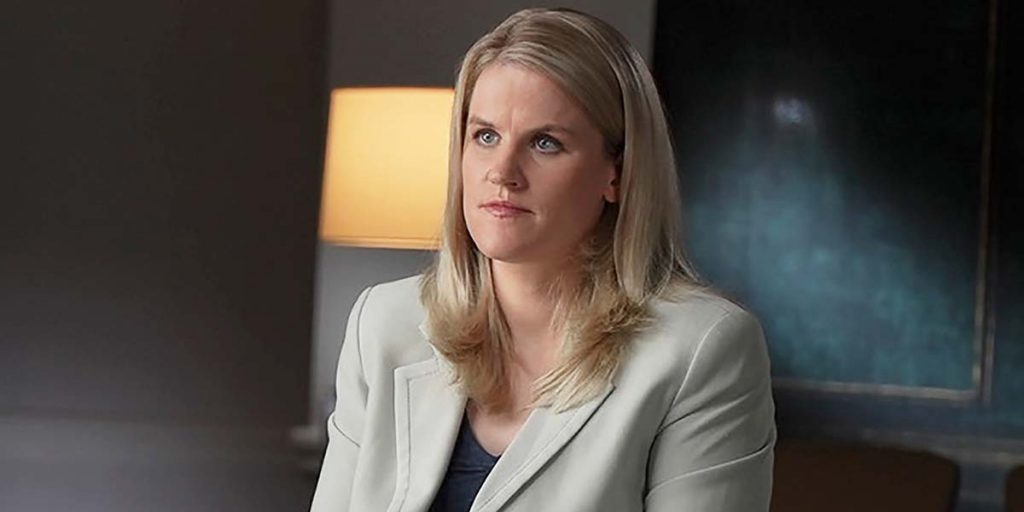 A former Facebook whistleblower responsible for a series of bombshell leaks has revealed her identity.

Frances Haugen, 37, who worked as a product manager on the civic integrity team at Facebook, was interviewed on Sunday by CBS.

She said the documents she leaked proved that Facebook repeatedly prioritized “growth over safety.”

Facebook said the leaks were misleading and glossed over positive research conducted by the company.

In the interview, on CBS’s 60 Minutes program, Ms. Haugen said she had left Facebook earlier this year after becoming exasperated with the company. Before departing, she copied a series of internal memos and documents.

She shared those documents with the Wall Street Journal, which has been releasing the material in batches over the last three weeks – sometimes referred to as the Facebook Files.

Revelations included documents that showed that celebrities, politicians, and high-profile Facebook users were treated differently by the company. The leaks revealed that moderation policies were applied differently, or not at all, to such accounts – a system known as XCheck (cross-check).

Another leak showed that Facebook was also facing a complex lawsuit from a group of its own shareholders.

The group alleges, among other things, that Facebook’s $5bn (£3.65bn) payment to the US Federal Trade Commission to resolve the Cambridge Analytica data scandal was so high because it was designed to protect Mark Zuckerberg from personal liability.

But it’s allegations about Instagram that have been particularly worrying to US politicians.

Internal research by Facebook (which owns Instagram) found that Instagram was impacting the mental health of teenagers but did not share its findings when they suggested that the platform was a “toxic” place for many youngsters.

According to slides reported by the Wall Street Journal, 32% of teenage girls surveyed said that when they felt bad about their bodies, Instagram made them feel worse.

Ms. Haugen will testify before a Senate subcommittee on Tuesday in a hearing titled “Protecting Kids Online”, about the company’s research into Instagram’s effect on the mental health of young users.

Last week, a Facebook executive testified to US senators that the leaks had failed to highlight the positive impact the platform had on teens.

However, Ms. Haugen was damning in her assessment of her former employer.

Facebook strongly denied that claim, saying it had spent significant sums of money on safety.” To say we turn a blind eye to feedback ignores these investments, including the 40,000 people working on safety and security at Facebook and our investment of $13 billion (£9.6 billion) since 2016,” said Lena Pietsch, Facebook’s director of policy communications.

She said Facebook turned on safety systems to reduce misinformation during the US election – but only temporarily.

“As soon as the election was over they turned them back off, or they changed the settings to what they were before, to prioritize growth over safety, and that really feels like a betrayal of democracy.”

Appearing on CNN, Vice President of Global Affairs Nick Clegg said it was ludicrous to suggest Facebook was responsible for the riots.

“I think it gives people false comfort to assume that there must be a technological, or technical, explanation for the issues of political polarisation in the United States,” he said.