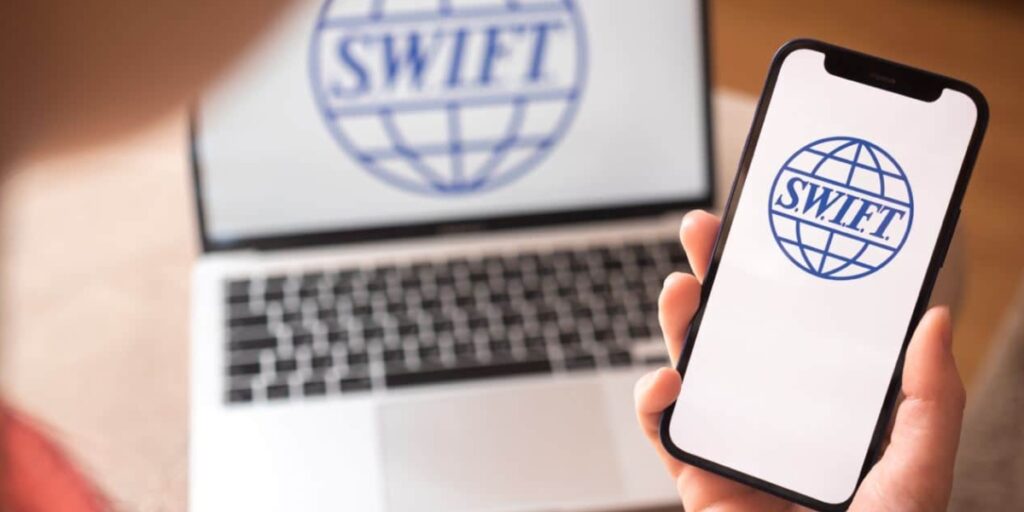 SWIFT has successfully shown that Central Bank Digital Currencies (CBDCs) and tokenized assets can move seamlessly on existing financial infrastructure –  a major milestone towards enabling their smooth integration into the international financial ecosystem.

The findings, from two separate experiments, solve the significant challenge of interoperability in cross-border transactions by bridging between different distributed ledger technology (DLT) networks and existing payment systems, allowing digital currencies and assets to flow smoothly alongside, and interact with, their traditional counterparts. This important step forward builds on SWIFT’s core capabilities and means that as CBDCs and tokens develop, they can be rapidly deployed at scale to facilitate trade and investment between more than 200 countries and territories around the world.

Globally, nine out of 10 central banks are actively exploring digital currencies – often using different technologies and with a primary focus on domestic use. For the potential of CBDCs to be fully realized across borders, these digital currencies need to overcome inherent differences to interact with each other, as well as with traditional fiat currencies.

SWIFT, in collaboration with Capgemini, achieved CBDC-to-CBDC transactions between different DLT networks based on popular Quorum and Corda technologies, as well as fiat-to-CBDC flows between these networks and a real-time gross settlement system. The success showed that the blockchain networks could be interlinked for cross-border payments through a single gateway and that SWIFT’s new transaction management capabilities could orchestrate all inter-network communication.

Unlocking the potential of tokenized assets

In a separate experiment with a different group of participants, SWIFT similarly demonstrated that its infrastructure can serve as an interconnector between multiple tokenization platforms and different types of cash payments.

Working in collaboration with Citi, Clearstream, Northern Trust, and SETL, its technology partner, SWIFT explored 70 scenarios simulating market issuance and secondary market transfers of tokenized bonds, equities, and cash. It successfully served as a single access point to various tokenized networks and showed its infrastructure could be used to create, transfer and redeem tokens and update balances between multiple client wallets, as well as provide interoperability between different tokenization platforms and existing account-based infrastructure.

Tokenisation is a relatively nascent market, but the World Economic Forum has estimated it could reach $24tn by 20271. The potential benefits include greater market liquidity and fractionalization, which could increase access to investment markets for retail investors, and enable institutional investors to build stronger portfolios.

Tom Zschach, Chief Innovation Officer at SWIFT, said: “Digital currencies and tokens have huge potential to shape the way we will all pay and invest in the future. But that potential can only be unleashed if the different approaches that are being explored have the ability to connect and work together. We see inclusivity and interoperability as central pillars of the financial ecosystem, and our innovation is a major step toward unlocking the potential of the digital future. For CBDCs, our solution will enable central banks to connect their own networks simply and directly to all the other payment systems in the world through a single gateway, ensuring the instant and smooth flow of cross-border payments.

“Tokenisation has great potential when it comes to strengthening liquidity in markets and increasing access to investment opportunities, and SWIFT’s existing infrastructure can ensure these benefits can be realized at the earliest opportunity, by as many people as possible.”

The experiments are part of SWIFT’s extensive innovation agenda in support of its strategic focus on enabling instant, frictionless, and interoperable cross-border transactions. The cooperative, which connects more than 11,500 financial institutions and 4 billion accounts across 200 countries and territories, was created to bridge geographies, technologies, and currencies. And it has been transforming the underlying infrastructure of the global economy at pace to meet the rapidly changing requirements of businesses and consumers. This includes a new standard, SWIFT Go, for low-value payments, and services like Payment Pre-validation which uses predictive intelligence to pre-check international payments before they begin to prevent common mistakes that cause delays.