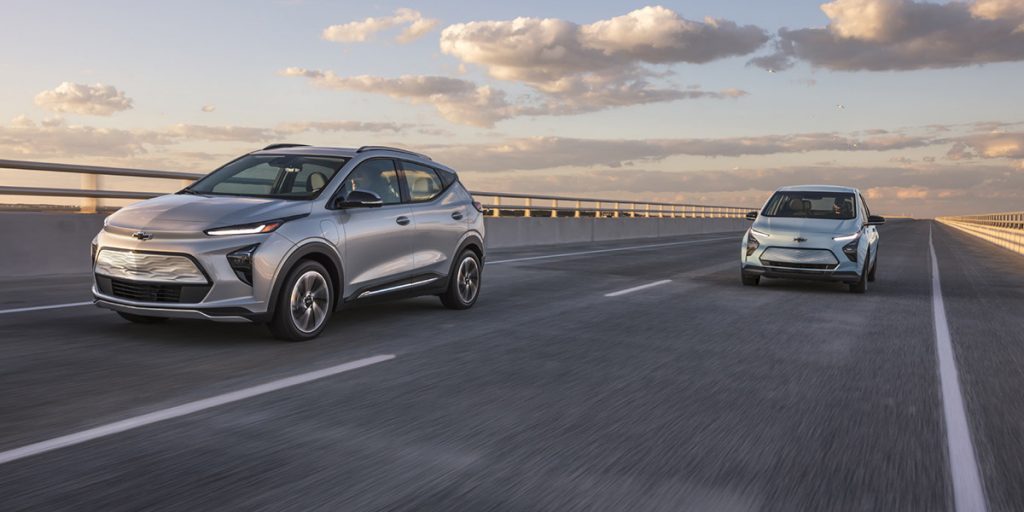 General Motors is halting production of the Chevy Bolt EV after a number of battery fires prompted a massive recall that has already cost the company nearly $2 billion. The automaker won’t resume making the 2022 Bolt and Bolt EUV until at least mid-September. It had initially stopped production last week because of the global chip shortage. The recall repair process is also on hold, as GM is still waiting to get new battery modules from its supplier, South Korean conglomerate LG, that it is confident are free of defects. “We will not resume repairs or restart production until we are confident LG is producing defect-free products for us,” GM spokesman Daniel Flores said in a statement to The Verge.

It’s the latest blow to one of the most capable and competitively priced electric vehicles on the market, and it comes as GM is getting ready to dramatically increase the number of EVs in its lineup. Those new EVs will also be powered by batteries from LG, which makes the cells that GM identified the cause of the fires in the Bolt. GM CEO Mary Barra told Bloomberg late last week, though, that the recall will not affect companies’ plan to keep collaborating on EV batteries — despite GM saying it plans to make LG pay for the recall.

GM first recalled the 2017–2019 Chevy Bolts in November 2020 after a handful of fires had been reported. But it wasn’t until May 2021 that the company explained it would attempt to prevent future fires by installing new software on those older Bolts as well as on all new models being made. That fix didn’t work, though, as at least two more Bolts caught fire by July that had the new software. GM issued a second recall and also finally started to share that it believed certain defects in the cells were causing the fires. Then, on August 20th, just days after a 2020 Bolt caught fire, GM issued a third recall for all Bolt EVs ever made — some 140,000 — including the two new 2022 versions that launched this year.