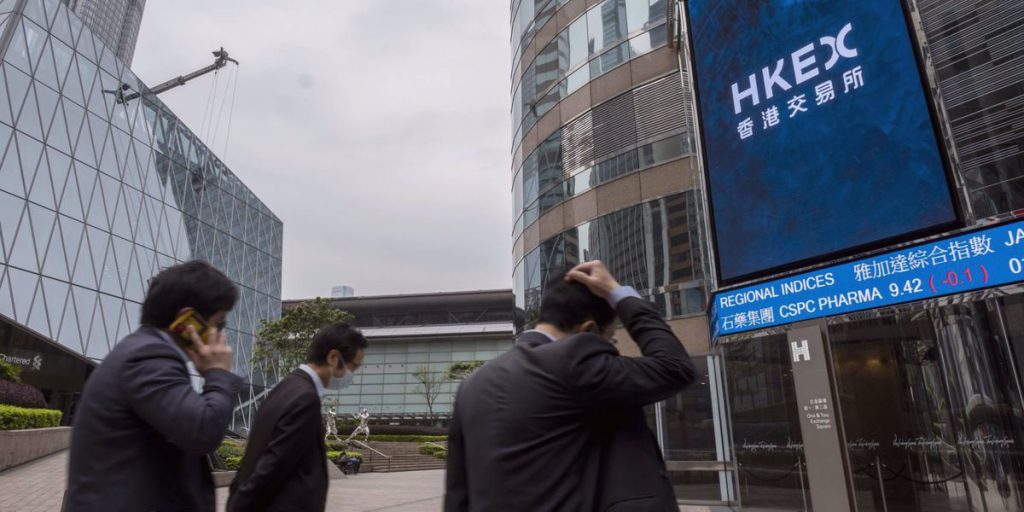 The Hong Kong Stock Exchange has done well in the past year at attracting China technology IPOs and secondary listings from the likes of short-video platform Kuaishou and online gaming giant NetEase. Continuing geopolitical tension between the U.S. and China is likely to spur more mainland Chinese technology firms to list in Hong Kong relative to the U.S. in the future, a top Asia-based venture capitalist said in an interview this week.

“I think there will be a bigger role for Hong Kong to play,” said Jixun Foo, managing partner of global venture capital investment firm GGV Capital. Foo ranked No. 56 on the 2021 Forbes Midas List and was one of four executives from the firm to make the list, along with Hans Tung (No. 3), Jenny Lee (No. 33), and Glenn Solomon (No. 79).

Foo, 53, has seen many changes in China and its capital markets since he entered the investment business more than two decades ago following an early research career at Hewlett Packard. He went on to become an investment executive at the government-run National Science and Technology Board of Singapore. Foo’s first non-government investing job was at Draper Fisher Jurvetson ePlanet Ventures, where China search engine Baidu was one of his early winning picks. He joined GGV in 2006 after crossing paths with its founder Thomas Ng several years earlier; today, the company has $9.2 billion under management.

“One thing I’ve learned as a VC is that change is a constant,” Shanghai-based Foo said. “Obviously we are in a new world order right now where geopolitical tension is kind of clouding a lot of the developments and how we think about investments and exits, et cetera”.

“I also believe that where there is change, there is opportunity,” he added.

Foo made the list this year in part because of new models for success in the transportation industry. One winning pick: EV maker XPeng, which went public in the U.S. last year at $15 a share; today it’s at $44.24. (See related story here.) Foo foresees more opportunity in transportation and other sectors as digitalization – from its early beachheads in PCs, phones, and e-commerce — sweeps into other parts of the economy. Increased mobility spawned by digital communications has already created new Asia businesses such as ride-sharing platforms Didi and Grab. “It isn’t just going into apps and browsers; it will drive into enterprises and robots”.

Robots, in Foo’s view, include cars. “A car is a form of a robot. A drone is a form of a robot,” he said. “Digitalization makes AI possible.” Ai, in turn will allow robots to move around and cars to self-park more easily. “We are seeing the beginning of digitalization,” Foo said. It’s also behind GGV’s stake in Manbang, a truck-hailing firm expected to list in the U.S. soon. Digitalization of information and AI are also helping to overhaul traditional industries such as recruitment, he said. That belief is behind the gains in GGV-backed online job site Kanzhun at the Nasdaq this month; the company makes it early for seekers and recruiters to communicate (see post here). “As everybody becomes more mobile, their identity will become more mobile, and their resume and data will become more mobile,” Foo said.

The transformation of other traditional sectors will occur in part because large platforms and apps for consumers have already grabbed so much market share, and investors will see opportunity in new areas ripe for digital transformation. “On the consumer end of the super app, the stage is pretty much set. There are a few players you are aware of — you can count them on your fingers,” he said. “ It will be hard for new players to emerge. Anti-trust concerns globally will also likely pressure that group. “Around the world, we are in a new paradigm of anti-trust and monopoly,” he said. “You won’t be able to exclude one versus the other in your platform” just because they are also using a rival platform. In China, for instance, Alibaba this year was given an anti-monopoly fine of $2.8 billion.

“The past 20 years have been centered around the consumer,” Foo said. “The next 20 years will be more centered around the enterprise and cloud,” led by smaller business, he said. “They have to run digitally with data, with machines that are smarter and more efficient. So that’s the direction and where you see investors are putting their dollars at work”.

The Hong Kong Stock Exchange, already profiting from a wave of IPOs in recent years, entered a new era of change this year with the appointment of its first foreign CEO last month, long-time JP Morgan executive Nicolas Aguzin.

Foo sees more business headed his way. “Hong Kong has actually come a long way,” Foo said. “Ten years ago, we wouldn’t have thought of HK as a strong alternative” for tech listings to U.S. exchanges. “Today, I think HK has become a stronger alternative” in part on rule changes that make it more attractive to listees.

Though geopolitics may make U.S. listings riskier, fund managers will likely follow good Chinese companies to the exchange where they list. “They are looking for returns, and still have to find those returns for their stakeholders,” Foo said.