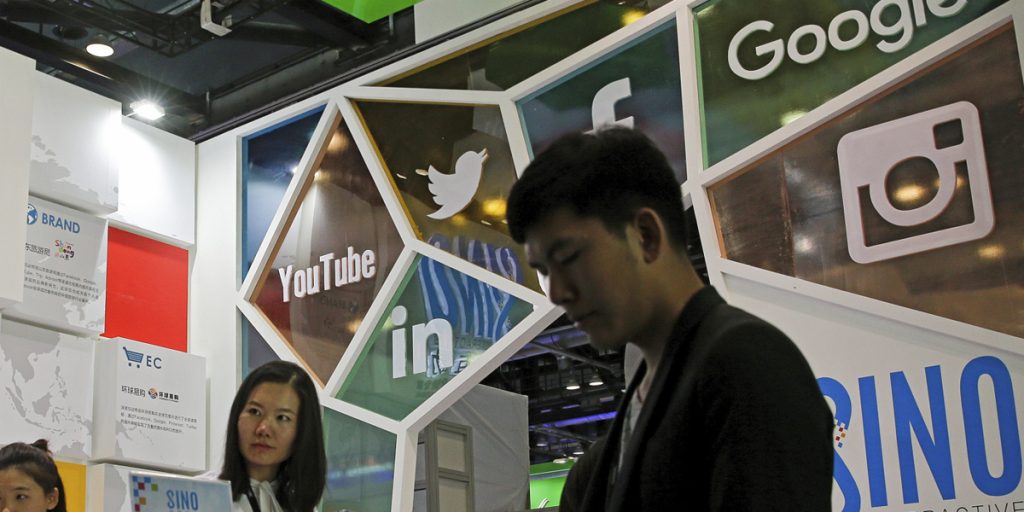 American-born entrepreneur Danny Levinson estimates half of his LinkedIn connections come from inside China. He has been using the social media platform for four years and is involved in several China-based businesses that use LinkedIn as one of their primary communication channels.

“On the business side, it’s been a critical way to expand visibility,” said Levinson, 47, a Beijing-based head of technology at the seed investment firm, Matoka Capital.

But the China tech scene veteran was not surprised when LinkedIn’s parent company, Microsoft, announced last week it would pull the professional networking service out of China, citing the Communist government’s increased oversight of its content.

The decision makes LinkedIn the latest foreign internet giant and the last major American social media platform to lose parts of the giant market, following blocks on the content of Facebook, YouTube, and Twitter.

“What maybe was a surprise was how long it took them to make the decision [to leave],” Levinson said. “They probably had more to lose by staying than leaving”.

LinkedIn landed in China in 2014 and attracted 44 million Chinese users to its network, according to the Statista database. The focus on job connections and the backing of Microsoft, which had done two decades of research and development in China, helped LinkedIn hang on longer than other American internet giants, analysts say.

“There have been a number of occasions previously where I have thought it’s interesting that LinkedIn has made it this long in China, and ultimately whenever I’ve thought that I’ve reminded myself it’s about posting resumes and posting recruitment notices largely, and those things are not particularly problematic in China in terms of content,” said Mark Natkin, managing director with Beijing-based market research firm Marbridge Consulting.

“And it sounds from [LinkedIn’s] statement that where things have become problematic is exactly the type of content that is basically beyond that basic kind of core function,” he said, referring to LinkedIn’s social feed and content such as redistributed news articles.

The decision to pull out

Microsoft said last week it would close LinkedIn in China later this year. The professional networking site had faced a “significantly more challenging operating environment and greater compliance requirements,” it said in an October 14 blog post.

“Given this, we’ve made the decision to sunset the current localized version of LinkedIn, which is how people in China access LinkedIn’s global social media platform, later this year,” said the blog post.

LinkedIn also says it will focus on helping professionals find jobs in China — and help Chinese companies with recruitment — by starting a service called InJobs. jobs, however, won’t have a social feed or functions for sharing or posting content.

China has monitored the internet for two decades, from blocking websites to filtering social feeds, with the goal of intercepting antigovernment material. Its latest effort, the Data Security Law, restricts outflows of sensitive data from China and requires internet operators to give their internal data to law enforcement agencies, according to the American Chamber of Commerce in Shanghai.

Every multinational internet company doing business in China ultimately runs the “significant risk” of hitting a censorship barrier, said Natkin of Marbridge Consulting. Firms that do comply with China’s rules may sometimes face criticism from rights groups, shareholders, and users in other parts of the world.

LinkedIn is not immune. Last month, the platform made the controversial move to block several journalists’ profiles from its China-based site because of “prohibited content”.

Behind in ‘every metric’

“It’s difficult to know who’s left in China to leave,” said Zennon Kapron, founder and director of Kapronasia, a Shanghai-based financial industry research firm. “I think when you look at Google, Facebook — and Google’s properties like YouTube and Twitter — all these platforms are either blocked or have a lessened presence in China”.

But Levinson, like the Chinese nationals who work around him, said LinkedIn was never his primary means of everyday communication. WeChat is the dominant chat platform in China.

LinkedIn ultimately did not have “the right product for the China market.” Ma added, “given all the heat it’s attracting for trying to adhere to Chinese rules, it was just, like, unnecessary”.