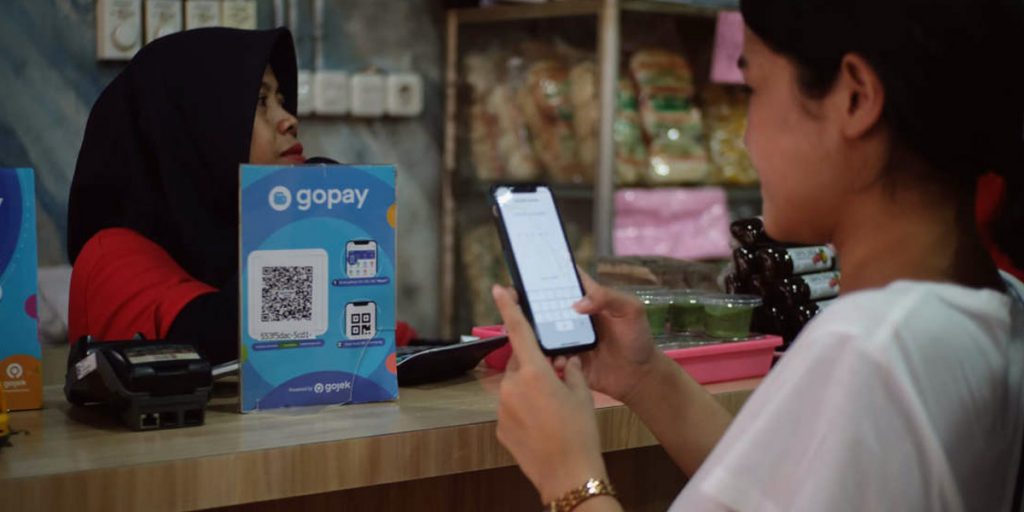 As founding members of GoTo Group, the 30-somethings are responsible for creating Indonesia’s newest and most valuable tech company after merging their ride-hailing and e-commerce start-ups in the country’s biggest-ever business deal.

The combined entity contributes 2% to Indonesia’s GDP via its various business lines including a powerful super-app, according to the company. And that’s just the beginning.

“Hopefully one day, we’ll contribute to 5 to 10%,” Tanuwijaya, co-founder and CEO of Tokopedia told CNBC Make It.

But you may never have heard of it. So what exactly is GoTo and how did it get so big?

GoTo Group is an Indonesian tech giant formed in May 2021 in a blockbuster merger between two of the country’s largest start-ups: Gojek and Tokopedia.

Founded a year apart in the capital Jakarta, Tokopedia started in 2009 as an e-commerce marketplace to connect small merchants with buyers, while Gojek launched in 2010 as a ride-hailing platform for motorbike taxis.

Both companies were created by a group of friends in their 20s, who were responding to an emerging wave of internet connectivity taking hold of the country at the time.

“There was kind of this inflection point where people were seeing the potential of the internet there, especially with the rise of mobile,” said Aluwi, co-founder and CEO of Gojek.

In a sprawling country with the world’s fourth-largest population and a rapidly growing middle class, the founders were onto something. In the years that followed, both businesses ventured into digital payments and other services.

Tokopedia doubled down on adding new market segments such as parents and small stallholders to its ecosystem. Meanwhile, Gojek expanded its ride-hailing platform regionally and grew its domestic super app, offering users on-demand services from food to massages and manicures.

Then in 2015, the two began working in partnership, using Gojek drivers to provide same-day delivery for Tokopedia products during their off-peak riding hours.

“We were the first in the world to bring together a partnership between an on-demand platform with an e-commerce platform,” said Aluwi.

Under the new structure, GoJek’s Andre Soelistyo takes over as CEO of GoTo Group and GoTo Financial, Tokopedia’s Patrick Cao becomes president, while Aluwi and Tanuwijaya remain CEOs of Gojek and Tokopedia, respectively.

The combined entity counts over 100 million monthly active users, more than 11 million merchants, and over 2 million drivers in an ecosystem that represents 2% of Indonesia’s $1 trillion GDP, the company said.

GoTo is hoping that will help it capture a greater chunk of the market in Indonesia and beyond.

Indonesia’s digital economy is expected to be worth $124 billion by 2025, as the wider Southeast Asian online market triples in value to more than $309 billion, according to a recent study.

“Indonesia remains hugely exciting because of the population in Southeast Asia, huge economic growth forecasts for the next 10 years or thereabouts, (and) really turning into a consumption-based economy,” said Florian Hoppe, a partner at Bain & Company and co-author of the research.

But in order to expand, Hoppe said businesses need to target their services at the 120 million Indonesians who live outside urban areas across the more than 17,000 island archipelago.

“A lot of the early growth was driven by key urban centers, was driven by Java,” he said. “The next half is going to be the really interesting story. How do you reach them? Establishing logistics services there, onboarding them for payments, really starting to integrate them in the digital economy.”

“It’s these individuals who are underbanked or unbanked, where falling sick or economic shocks can really mean the difference between being in the middle class and falling back into poverty,” said Aluwi. “So, this is both a huge business opportunity but also an area where we really think we can deliver a lot of impact.”

To date, neither Gojek nor Tokopedia is profitable.

GoTo is said to be planning another round of fundraising before a public listing, likely in Jakarta and the U.S. Already, the company boasts an impressive list of investors such as Softbank, Alibaba, Tencent, Facebook and Google.

“On timeframe, not only for the IPO, but on all product development, my timeframe is always yesterday,” said Tanuwijaya. “But to be realistic to the team and so on, then it’s as soon as possible. We hope that we can aim to list by hopefully the end of this year.”

The IPOs of GoTo and Grab will also serve as a litmus test for the region. If successful, it could pave the way for more tech start-ups to emerge as investor appetite grows.

“Southeast Asia, historically, has had a bit more challenging time getting on the radar next to China and India,” said Hoppe. “The last few years have shown that now, the digital economy is actually rivaling at the very least India. But the potential’s clearly there and I think international investors have woken up to that.”

With their newly combined resources and business thriving in the new landscape, the company is now planning its expansion strategy, including an ambitious pledge sustainability pledge.

“GoTo comes with a big responsibility,” said Tanuwijaya. “We try to provide solutions for a problem that we figured out a decade ago. But this solution will also create another problem; with millions of drivers, the emissions, with so many merchants, the packaging and so on.”

“So we have a commitment by the year of 2030 (to) really drive zero waste, zero emissions, and to become a company that can be a legacy for the next generation.”

The bold ambitions imply the GoTo of 2030 could look very different from today. But as far as the leaders are concerned, they’re just getting started.

“There’s no doubt that our ambitions are global,” said Aluwi. “We have operations not just in Indonesia and we do believe that the future for our combined group is one that goes beyond just one country.”