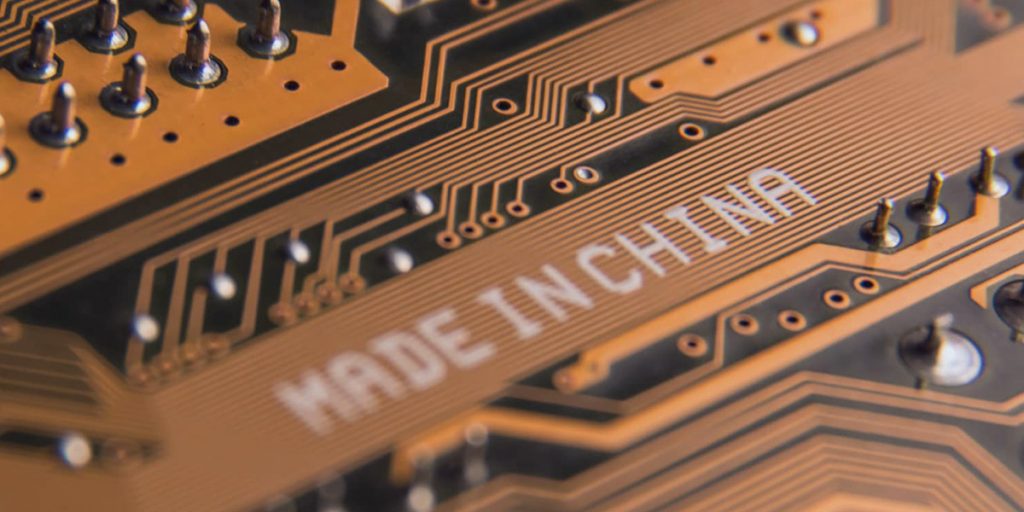 The US sanctions on Chinese tech companies could be a blessing in disguise for the chipmakers in the communist nation.

Semiconductors are an essential component of all electronic devices. American fear of Chinese surveillance through Chinese chips has led to US sanctions against Chinese companies and a boost to American domestic production. But invariably, it might have contributed to China getting an edge in the semiconductor industry.

Last month, The Eurasian Times had reported on how the Pentagon has cleared over $311 million in domestic investment to reduce Chinese companies’ dominance in the US defense manufacturing sector, mainly the semiconductor business.

While China dominates in the supply market of electronic devices, the US controls about 80% of the chipmaking and design processes. Both the countries despise this dependency which could be turned against them during a possible conflict.

The US is also worried about Chinese investments and spying through the semiconductor industry. Accusing Chinese telecommunication giant Huawei of digital espionage, the Trump administration had effectively banned it in 2019. As many as 160 Chinese entities have been blacklisted by Washington since 2018 for their alleged links with the Chinese military.

The leeway that still existed through a temporary general license was also removed last year as the US Commerce Department reported that the company was still using American technology in its semiconductor design.

US Congressman Mike Gallagher, the co-chair of the House Armed Services task force, projects that in the near future, 90% of the world’s semiconductor manufacturing will probably happen in China, South Korea, and Taiwan. Thus he believes it is critical to remove supply chain vulnerabilities that could threaten national security before the dependency on China takes full-fledged roots.

The US is reportedly in preliminary talks with its allies to stay ahead of China in cutting-edge technologies, such as in semiconductors and artificial intelligence, through collaborative efforts.

A report by the Information Technology and Innovation Foundation (ITIF), a US-based public policy think tank, has recommended that the US invest in its own research and development as state-sponsored Chinese “mercantilist” stimulus has created a distortion in the market at the expense of American innovation.

The US still has an edge currently. IBM recently announced its breakthrough of a 2nm process that can cram 50 billion transistors into “a chip the size of a fingernail”.

On the other hand, China is trying to decrease its reliance on American imports and technology in the semiconductor sector. The Chinese automobile industry relies on imports for more than 90% of semiconductor components.

After being banned from the American market, Huawei has started stockpiling chips and investing in research and development to diversify its supplies. It recently blamed the current global chip shortage on US sanctions.

It has provided massive state incentives such as tax cuts and subsidies for qualifying integrated circuit (IC) projects and enterprises. But some question how far investments can go.

Prior to 2015, China had spent more than tens of billions of dollars over 30 years to build a domestic semiconductor industry. Yet Chinese semiconductor companies make up a marginally small part of the global market today.

But the jury is still out on what this could mean in the future. In light of the closing off of the American market, domestic production has increased as several Chinese companies position themselves to replace foreign vendors in the chipmaking industry.

The Chinese dependency is not only on the US but also on the latter’s allies. A recent report by Bloomberg showed that China imported nearly US$32 billion worth of chipmaking equipment from Japan, South Korea, Taiwan, and other places.

Thus, Wuhan-based Yangtze Memory, which is considered the vanguard of China’s efforts to create a domestic semiconductor industry, has recently launched a massive in-depth review of its supply chain to find alternative local suppliers.

Miin Wu, chairman of Taiwan-based Macronix International, a leading memory chipmaker, told Nikkei Asia that geopolitical uncertainties could cast a shadow on China’s tech development in the short term. “However, in the longer run, from China’s perspective, it will definitely hope to build a competitive industry. It’s a trend that is hard to resist, and there is no turning back”.

ChineseTech Firms
Previous ArticlePowering Our High-Tech Future: How Can We Prepare For Increasing Energy Needs?Next ArticleTSX Up for 10th Week With Gain As Weak Jobs Reports Support Continued Easy Money