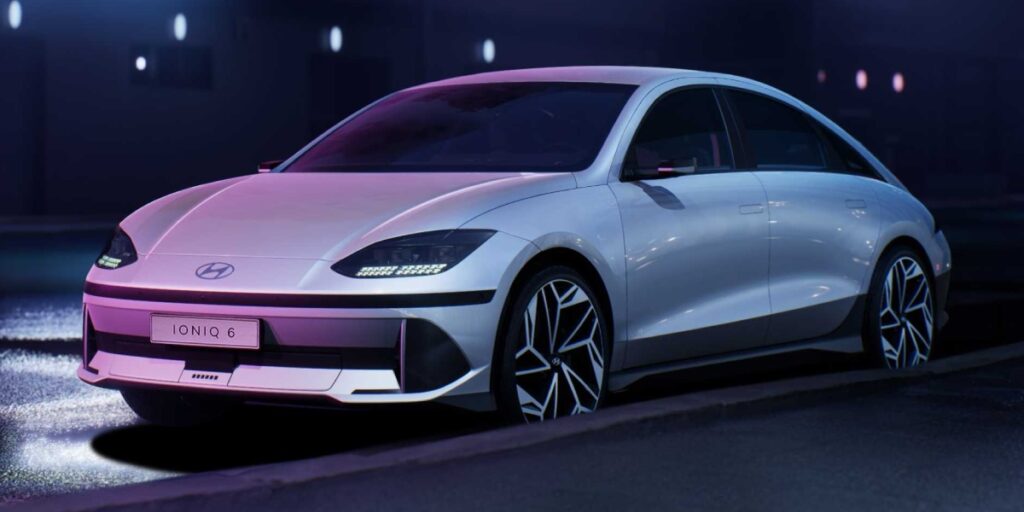 The newest electric vehicle from Hyundai Motor is a sedan with a unique bubbly design. The South Korean automaker unveiled the Ioniq 6 Wednesday night as an “electrified streamliner,” a nod to its aerodynamic design that Americans may know best through the design of an Airstream trailer. It’s a major shift in styling from the well-received Ioniq 5 EV, which went on sale late this year.

Hyundai is currently selling the second-most EVs in the U.S. behind Tesla.

“Each Ioniq vehicle will have a different design character … we all want our designers to always connect with customers on the emotional level,” said SangYup Lee, executive vice president and head of Hyundai design, during a virtual media event.

Hyundai is expected to begin production of the car at a factory in South Korea during the third quarter. It is scheduled to go on sale in the U.S. during the first quarter of next year.

The pricing of the vehicle was not announced.

Hyundai expects the car to achieve 610 kilometers (380 miles) of range on a single charge, based on global standards. However, those testing standards differ from those in the U.S., meaning the U.S. range will likely be different.

The interior of the vehicle features two 12-inch screens for driver information and entertainment.

The Ioniq 6 will be the third all-electric vehicle in the U.S. under the Hyundai brand, following the Kona and Ioniq 5 crossovers. The South Korean automaker also owns Kia, but the brands operate independently in the U.S.

Industry research firm LMC Automotive expects Hyundai, including Kia and its luxury Genesis brand, to sell the second-most EVs in the U.S. this year, behind only Tesla, which delivered more than 936,000 EVs globally last year (the company does not break its deliveries down by region).

Through the first six months of the year, Automotive News reports, Hyundai, Kia and Genesis brands sold a combined 34,518 EVs in the U.S. – behind Tesla’s sales, according to the report, but ahead of the 22,979 EV sales from Ford Motor.