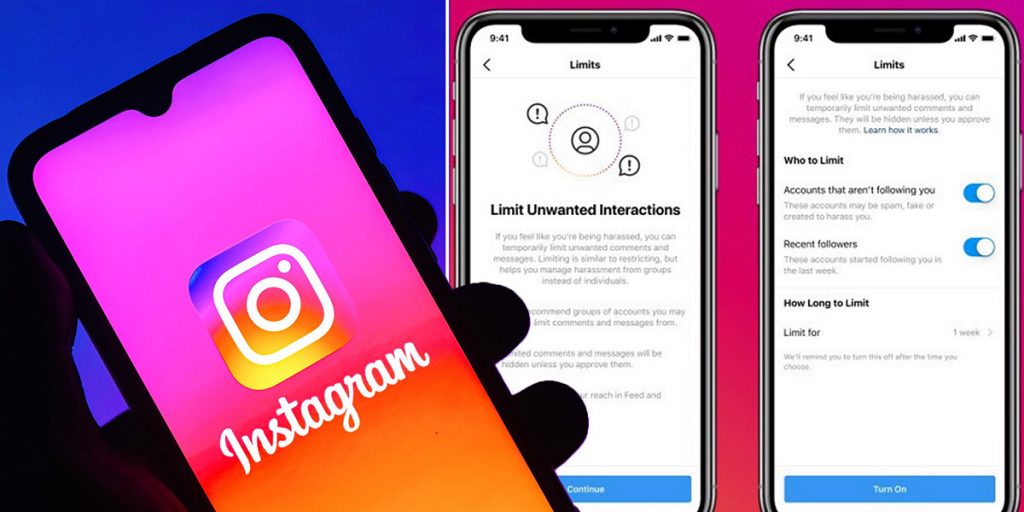 Its new “limits” feature automatically hides comments and messages from people who do not follow – or just started following – users who switch it on.

It was designed to stop abuse from large numbers of people “who simply pile on in the moment”, Instagram said.

The company specifically referenced the racist abuse following the men’s Euro 2020 football final as one example.

In the wake of England’s defeat in a penalty shootout, black players found themselves subjected to a torrent of racist abuse, including on social media platforms.

The level of abuse prompted calls from the prime minister and others for social networks to do more to prevent it – as well as several subsequent arrests.

In July, Facebook-owned Instagram told BBC News it had made “mistakes” in moderating the abuse, and later promised to take a closer look at its software system.

Instagram said its new features were designed to protect people from “a sudden rush” of negative attention.

“Creators and public figures sometimes experience sudden spikes of comments and DM [direct message] requests from people they don’t know,” it said in its announcement.

“In many cases, this is an outpouring of support – like if they go viral after winning an Olympic medal.

“But sometimes, it can also mean an influx of unwanted comments or messages.”

Instead of requiring well-known users to completely disable all comments and messages, the new tool will let anyone effectively mute those who have not been “long-standing followers”.

And it could be switched on or off at any time, Instagram said.

The company also announced it was rolling out its previously announced Hidden Words system for everyone worldwide.

Instagram said it had also “expanded” the blocklist of words, hashtags, and emojis the system automatically blocked to filter out abusive messages, which individual users can also customize.

And it had strengthened the language of pop-ups when users try to post “a potentially offensive comment”, warning their accounts could be deleted for repeat offenses.

It follows Twitter’s announcement, on Wednesday: