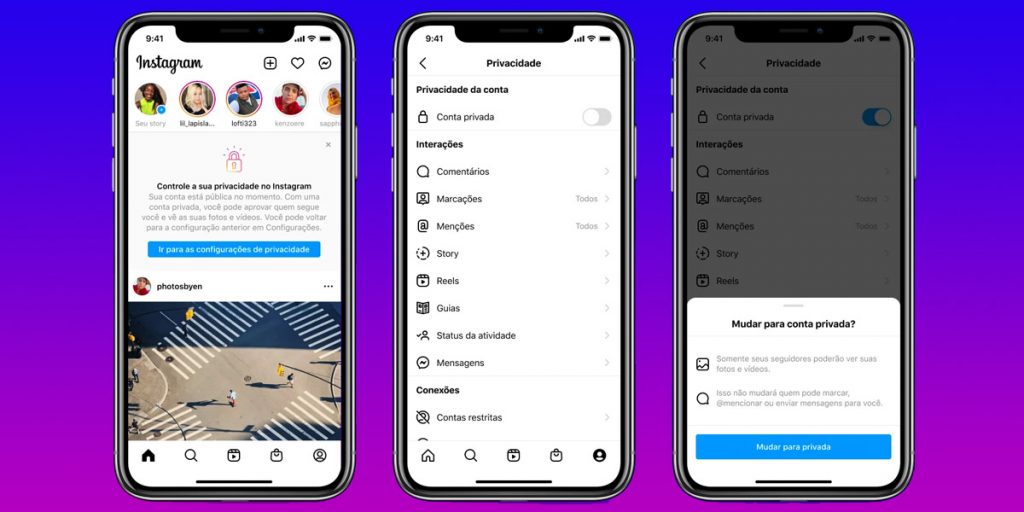 As part of a slew of ongoing efforts to make Instagram less of a cesspool of awful content for awful people, the company announced a slew of new changes for accounts belonging to the teen and tweenage set meant to keep them safer on the platform.

First off, Instagram says it will now switch the default account settings for users under the age of 16 to “private” when they sign up. This means that only approved followers will be able to see what pictures or clips these younger users post—and they don’t need to worry about any messages from older creeps trickling into their DM’s.

“Wherever we can, we want to stop young people from hearing from adults they don’t know, or that they don’t want to hear from,” Instagram wrote in a corporate blog announcing the changes. “Historically, we asked young people to choose between a public account or a private account when they signed up for Instagram, but our recent research showed that they appreciate a more private experience.”

Of course, some teens also appreciate showing off their skills in dumb (or dangerous) viral challenges—so naturally, Instagram is also giving these younger users the ability to switch to a public account whenever they’d like. That said, Instagram’s blog notes that if they make that choice, the app will “show them a notification highlighting the benefits of a private account,” and will walk them through how to change their privacy settings.

Aside from the changes to these teen’s default settings, the company’s also making it a bit harder for unsavory types to find these accounts through other means, too. Instagram’s blog describes that the company has developed yet another algorithm, this time to pick out adult accounts flagged as engaging in “potentially suspicious behavior,” such as adult accounts recently “blocked or reported by a young person.” When those accounts get flagged, Instagram will no longer show teen accounts on that adult’s Explore, Reels, or “Accounts Suggested For You” pages; and if that adult happens to find younger people’s accounts by searching for their usernames, Instagram will block the adult’s ability to follow them, or interact with the younger user at all.

The company’s also stopping another class of creep from snooping on its teenage users. In a few weeks, advertisers across Instagram—or Facebook’s other properties, like Messenger and Facebook’s —will no longer be able to target teens using the bevy of data that they might be collecting on these younger users. Instead, they’ll be restricted to targeting ads based on those teen’s age, gender, and location—a far cry from the previously available options, which included, well, pretty much anything you can think of.

“We already give people ways to tell us that they would rather not see ads based on their interests or on their activities on other websites and apps, such as through controls within our ad settings,” Instagram wrote. “But we’ve heard from youth advocates that young people may not be well equipped to make these decisions. We agree with them, which is why we’re taking a more precautionary approach in how advertisers can reach young people with ads.”

Naturally, Instagram’s blog notes that these targeting restrictions get lifted the day that these teens turn 18—even if these teens aren’t any more ready to wade through Facebook’s murky privacy policies than they were the year prior. But if Facebook’s previous behavior is any indication, these moves are less about offering consumers choice as much as they’re about dodging the tightening grip of impending regulation.