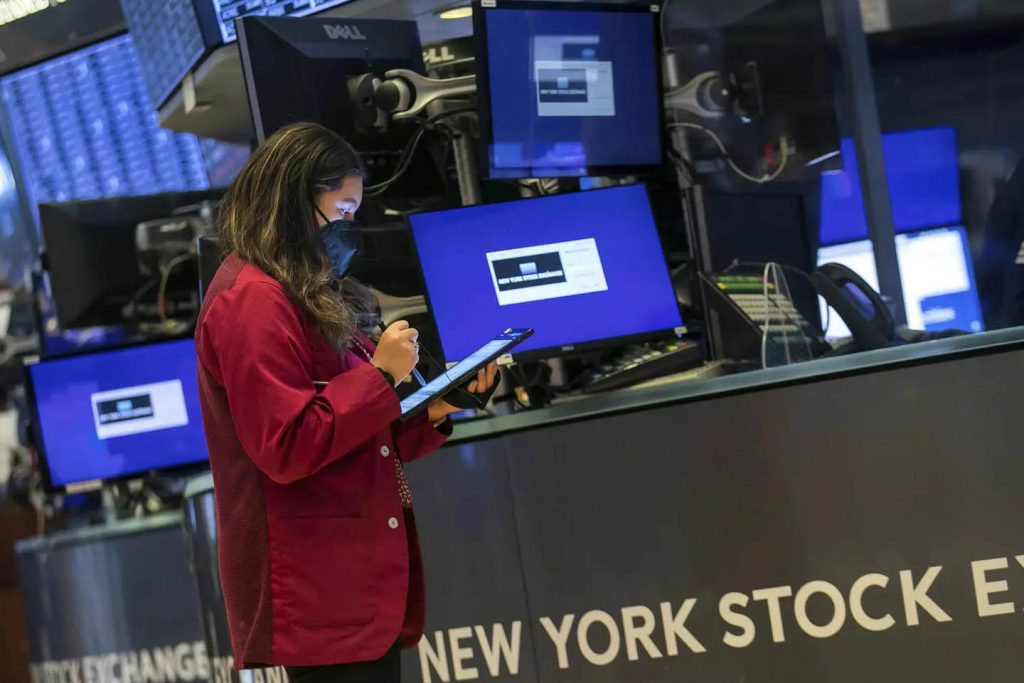 Estimated year-over-year first-quarter earnings growth for S&P 500 companies (.SPX) rose to 31% from 25% in the past week, based on Refinitiv data, driven by last week’s stronger-than-expected results from Wells Fargo & Co(WFC.N), Goldman Sachs Group Inc(GS.N) and other banks.

Tuesday brings results from stay-at-home winner Netflix Inc(NFLX.O), which is part of the FAANG group of high-profile tech-related names. Chipmaker Intel Corp’s(INTC.O)results are due later this week.

After the bell Monday, shares of International Business Machines Corp (IBM.N) were up more than 2% as the company resumed sales growth in the first quarter after a year of declines and beat Wall Street targets. read more

Earnings for the technology sector (.SPLRCT), which continued to grow last year while S&P 500 overall earnings dropped as the pandemic took its toll on businesses and consumers, are on track for 25% year-over-year growth in the first quarter.

But this year, tech is expected to lag profit growth of sectors that should benefit from the reopening of the economy, such as financials.

First-quarter profit growth for the S&P 500 financials sector (.SPSY), is now estimated at 116%, compared with 76% a week earlier.

“Every time we go to earnings, there’s always the question of whether (tech) can keep delivering, especially in terms of guidance,” said Quincy Krosby, chief market strategist at Prudential Financial in Newark, New Jersey.

“And they have,” she said. “What you are seeing is investors are prepared to have them – or some of them – in their portfolios along with cyclical”.

To be sure, many strategists have been bullish on economically focused sectors, and U.S. technology and growth stocks have recently begun to gain again after months of being outpaced by economically sensitive names that appear to be a better value. read more

Netflix still lags the broader market. Its stock is up 2.5% so far in 2021 after gaining 67% in 2020, when consumers embraced at-home entertainment during the early pandemic lockdowns, but some analysts are optimistic Netflix’s strong run is not over.

“It is reasonable to anticipate reduced engagement on the platform as the global economy reopens,” Brian White, an internet and software analyst at Monness Crespi Hardt who recommends buying the stock, wrote in a recent note.

“However, this crisis has acted as a catalyst in introducing more consumers to the service and we believe this story has a long runway of growth in the coming years”.

“Semiconductors are operating on all cylinders right now. They can’t make them fast enough,” he said.

Micron Technology Inc (MU.O) shares rose when it forecast quarterly revenue above Wall Street estimates due to a rise in demand for memory chips, thanks to 5G smartphones and artificial intelligence software. read more

As companies have more money to increase their technology spending, that will support tech companies as well.

“With tech, either way they win. They’re really in a great position right now,” Morgan said.