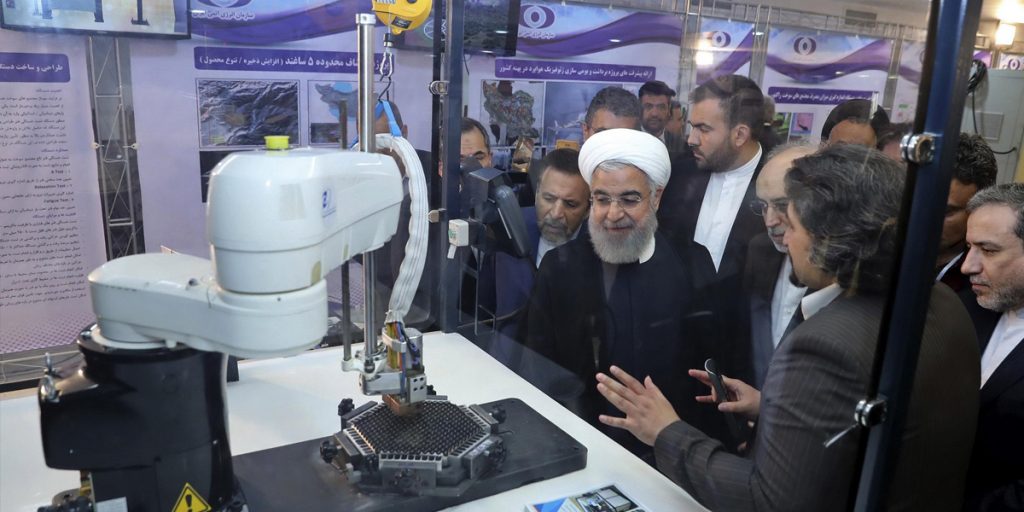 On Saturday, Rouhani unveiled “133 national nuclear achievements and projects,” during the video conference, according to the official website of the president.

The slate of advanced centrifuges was unveiled at the underground Natanz facility.

Rouhani thanked specialists and officials of the Atomic Energy Organization with a plaque of appreciation during the ceremony Saturday, according to the president’s website.

Rouhani emphasized Saturday during the unveiling ceremony that Iran’s nuclear activities are “peaceful” and for “non-military purposes.”

“The projects that are being inaugurated today are related to the nuclear industry as an important technology that has drawn the world’s attention, which the Islamic Republic of Iran has pursued using it in the context of ethics and religious observances because of the sensitivities of the technology,” Rouhani said. “But some countries and world powers express concern about the peaceful activities of Iran’s nuclear program, because they themselves have used this technology in other ways.”

Iran told a U.N. watchdog in January it may enrich uranium levels to 20%, surpassing levels set by the 2015 nuclear deal, the Iranian Student News Agency reported.

Former President Donald Trump withdrew from the nuclear deal, which lifted sanctions in exchange for limits on Iran’s nuclear program, in 2018. President Joe Biden has refused to lift sanctions against Iran imposed since U.S. withdrawal from the Obama-era nuclear deal without Iran honoring uranium enrichment limits. Iran has insisted the U.S. sanctions be lifted first.