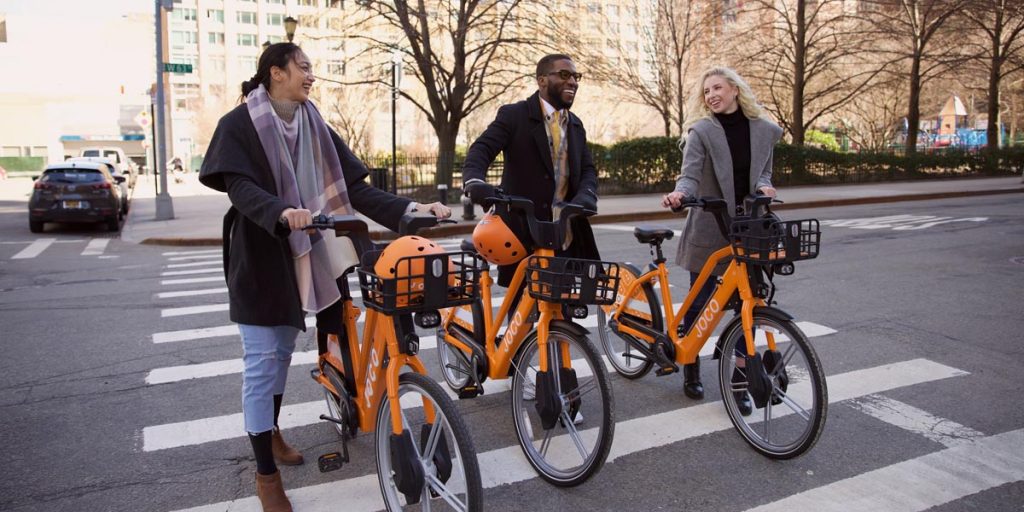 The City of New York’s lawsuit against JOCO, the docked electric bike-share service, hit a snag with the court Thursday, when it was denied temporary restraining order to end the company’s operations.

The city alleges in the lawsuit field Wednesday that JOCO is operating illegally because all bike-sharing systems within the city require prior written authorization from the Department of Transportation. JOCO has argued that it’s not violating any laws since its docking stations are all on private property and thus outside the jurisdiction of the city’s regulation. In late April, the city issued a cease-and-desist notice to JOCO, which the company ignored.

The court denied Thursday the city’s request to temporarily halt JOCO’s operations in advance of a hearing scheduled for June 16.

“We are pleased with the result in court today, and in the months ahead we will be expanding our operations to help New Yorkers with more mobility options as they return to work and begin to again enjoy the city as it re-opens and recovers from the pandemic,” said the co-founders of JOCO, Johnny Cohen and Jonny A. Cohen, in a statement.

JOCO launched 300 e-bikes at 30 stations around Manhattan in April, and said it plans to nearly triple that number by June. The company has partnerships with parking garages in the city, including the iconic Icon Parking, the city’s largest operator of private garages.

The lawsuit filed this week, which includes a request to impose a civil penalty against JOCO of $5,000 for every day a violation occurs, specifies that Citi Bike, a subsidiary of Lyft, is the only company presently authorized by the DOT to operate a bike share in any of New York’s five boroughs. The Citi Bike system, which launched in 2012 and has recorded more than 111 million trips, originated in a request for bike-share proposals from the department that would benefit the public, including mandated safety, service levels and maintenance standards, as well as privacy and consumer protections.

“We’re committed to the highest safety standards,” the two Cohens told TechCrunch. “We have fleet management, we give free helmets to all our members. We are a responsible startup making sure we have all our bases covered in this regard, and to add onto that, we’re using a very reputable bike.”

A JOCO spokesperson declined further comment regarding the city’s justification for regulation and exclusivity with Citi Bike.

“We all live on top of each other in NYC,” tweeted New York State Senator Liz Krueger in response to the lawsuit. “Our street space requires thoughtful regulation to be functional and safe. Any transportation service that moves people in large numbers on the public right-of-way needs oversight, public accountability and to obey the laws that exist.”

A Lyft spokesperson declined to comment on the lawsuit.