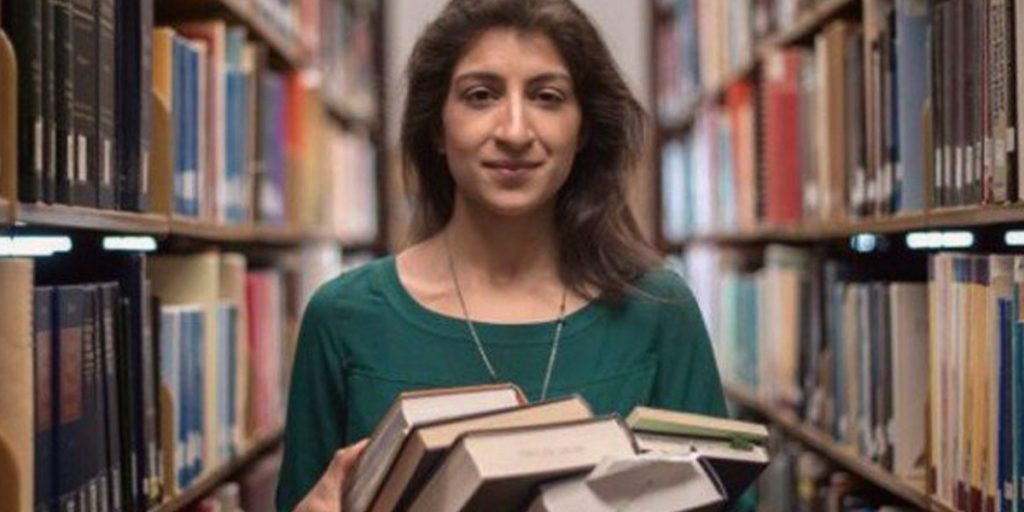 On Tuesday, 32-year-old Lina Khan was sworn in as chair of the US Federal Trade Commission (FTC).

The role is a hugely powerful one, which protects consumers from bad business practices and companies from unfair competition.

And when it comes to unfair competition, there is one sector that has been singled out by Democrats and Republicans alike: Big Tech.

Worryingly for technology giants, Ms. Khan has been one of their most vocal critics.

Ms. Khan was born in the UK and moved to the US as a child.

In an interview with BBC Hardtalk in January, she talked about how she started getting interested in competition law as a policy researcher after graduating.

“What became clear is there had been a systemic trend across the US… markets had come to be controlled by a very small number of companies,” she said.

Her general criticism is that Big Tech is simply too big – that a handful of large US tech firms dominate the sector, at the expense of competition.

Some of her Democrat colleagues have even suggested that Facebook and Google could be split up.

The comparison she uses is from the late 19th Century, when a handful of companies, or “trusts”, owned key parts of the infrastructure of the US – such as the railroads.

However, critics like Ms. Khan say current laws aren’t fit for the competition challenges of today.

“These firms essentially provide infrastructure to the digital age,” she told the BBC in her previous interview.

“A small group of private executives are setting the rules of who gets to use the infrastructure and on what terms,” she said.

In 2017, Ms. Khan wrote a paper called “Amazon’s Antitrust Paradox” for the Yale Law Journal. It argued that the traditional anti-trust focus on price was inadequate to identify potential harms done by Amazon.

This is a much-repeated criticism of the laws around antitrust. Traditionally “monopolistic” behaviour would result in price increases for consumers.

However, that doesn’t often happen when it comes to Big Tech.

In fact, when it comes to Facebook and Google, their services are mostly free to the consumer, while Amazon will often have lower prices than its competitors.

Instead, the argument is much more nuanced. For example, it’s argued that these companies are so big, and control so much of the internet, that they can undercut their competitors.

Current antitrust laws don’t necessarily reflect that reality, and once again this is something about which Ms. Khan has talked.

“Even when services are good for consumers, they can hurt a whole set of other interests – be it workers, be it business formation, be it democracy at large.” she told the BBC.

Ms. Khan’s appointment has been hailed by anti-trust campaigners, and in particular by Democrats.

Elizabeth Warren – who supported breaking up Big Tech in her 2020 presidential campaign – described the appointment as “tremendous news”.

And in the FTC, Ms. Khan now has teeth to back up her ideas. She has gone from legal activist and academic to holding perhaps the most powerful consumer protection job in the country.

The commission is already in the process of suing Facebook for “illegally maintaining its personal social networking monopoly through a years-long course of anticompetitive conduct”.

It is also investigating Amazon.

Worryingly for Big Tech too, a number of bipartisan bills have also been put forward in Congress to rein in the power of Big Tech. That there are Democrats and Republicans who support antitrust action makes her position even more powerful.

Ms. Khan’s appointment is the clearest sign yet that President Biden means business when it comes to clipping the wings of companies like Amazon and Apple.

These companies, though, have big pockets and good lawyers.

Ms. Khan may want to take the fight to Big Tech, but she should expect a long, drawn-out legal battle if she is to get her way.