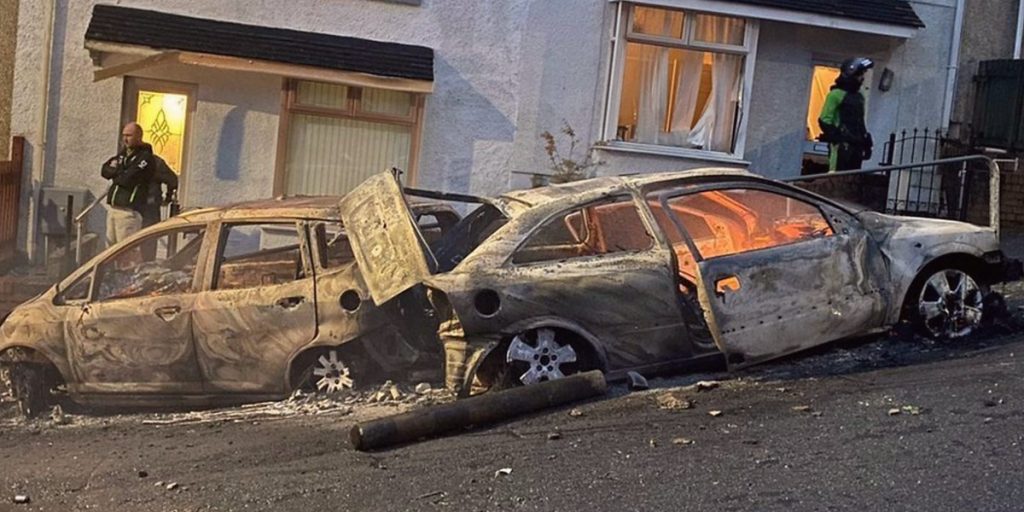 More arrests are due to be made this week and facial recognition will be used to trace others following violent disorder in Swansea, police have said. Seven arrests have already been made after cars were burnt out and windows smashed in Mayhill on Thursday. South Wales Police said eight others have been identified and those involved have been urged to hand themselves in. Seven officers were injured during the incident on Waun-Wen Road and families described being trapped in their homes. “We’ve identified a further eight people and we have a team of specialist officers who are working relentlessly to bring these offenders to justice,” Mark Travis, Assistant Chief Constable of South Wales Police told BBC Radio Wales.

“We will be making more arrests this week.” He added: “Today we will be using our facial matching technology and we’re going to use that to identify everybody. It works really well with masks. “It takes key points on your face, around your eyes and key features and it compares them to previous photos we have. “It has a very high rate of success.” The disorder involving about 200 people is believed to have begun after a planned balloon release in the memory of Ethan Powell, who collapsed and died suddenly on Wednesday.

Mr. Powell’s family is said to be deeply upset by the incident. On Saturday three men, aged 36, 20, and 18, and a 16-year-old boy were arrested on suspicion of unlawful violence following the violence on Waun-Wen Road. Three more men, aged 18, 21, and 23, were arrested on Sunday, and two of them remain in custody. Five people have been released on bail and placed under a night-time curfew.