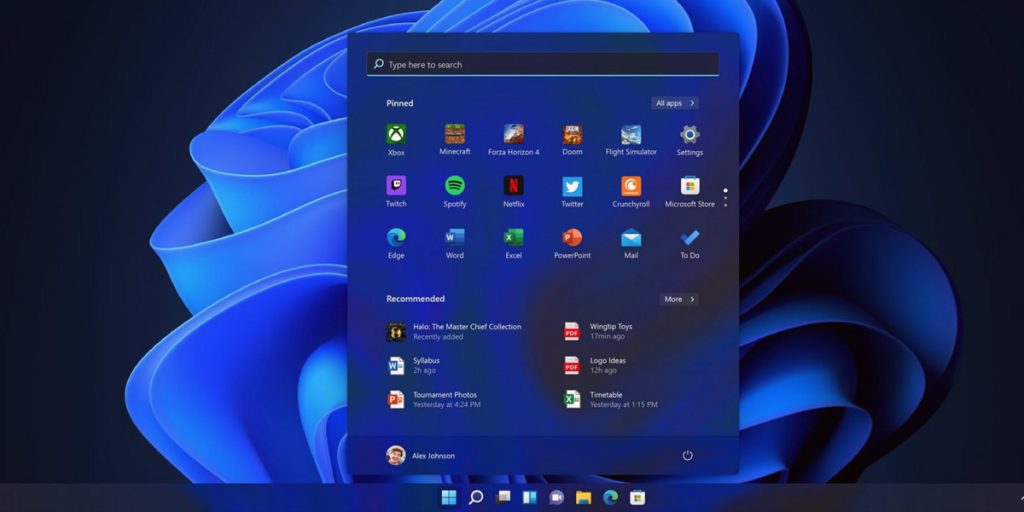 Microsoft has unveiled Windows 11, its “next-generation” operating system, at a virtual event.

The new software will let Android apps run on the Windows desktop.

Product manager Panos Panay promised smaller, faster security updates – a common complaint about Windows users – and said they would happen in the background.

Windows 11 will also let users configure multiple desktops for work, home, and gaming, like on a Mac.

Microsoft says there are currently about 1.3 billion devices running Windows 10.

An early preview version of the new system will be released for app developers next week.

Windows 11 will be available as a free update to existing Windows 10 users – although some devices will not have the right specifications. These include a minimum of 64 gigabytes of storage and 4 gigabytes of RAM.

One cosmetic change is putting the “Start” button at the bottom-center of the screen rather than left-hand side.

The tech giant said it would share more profits from its app store with creators and developers – as rival Apple continues to face challenges over its business model.

When Windows 10 launched in 2015, Microsoft said it would be the final version of the operating system. It has since announced Windows 10 will be retired in 2025.

Microsoft chief executive Satya Nadella described the launch as “a major milestone in the history of Windows”, but analyst Geoff Blaber from CCS Insight said he did not consider it to be “a revolutionary step”.

“Windows 11 is an iterative release that pinpoints where Windows needs greater ambition, rather than introducing the sweeping changes seen with its predecessor,” he said.

“The end game for Microsoft is ensuring that the step up from Windows 10 to Windows 11 provides significant enough improvements to offset any complaints.”

Forrester’s principal analyst JP Gownder noted that the new operating system was based on the code of Windows 10, which should prevent upgrade glitches such as those seen in the past with Windows Vista.

“These user-friendly nods to the past are a double-edged sword, though,” he added.

“They’re great for continuity of experience, but they make you wonder what the 11 really stands for. Is this really more of an admittedly feature-rich Windows 10 update than a full-version release?”