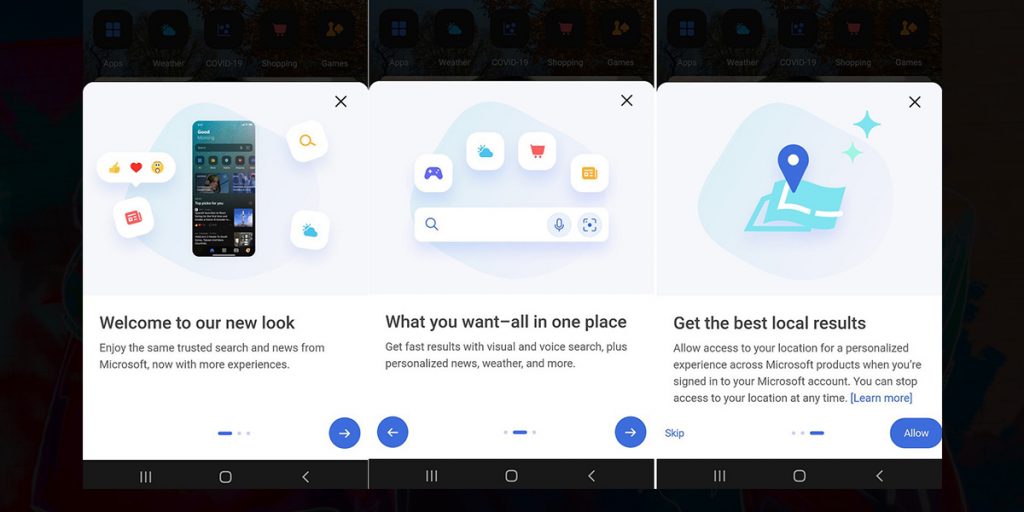 Microsoft has rolled out new updates to its OneDrive and Bing Search apps for Android users. As expected, the latest update comes with new features and refreshed UI for Bing users. Users can get the latest versions after updating the apps on Google Play Store. Let’s take a look at what is new in the two apps. According to the Play Store changelog, Microsoft Bing Search comes with a new homepage. Users will get to see top news, topics they follow, and quicker access to Microsoft features. The latest Bing app features include Covid tracker, weather updates, Google Lens-like visual search, rewards system, voice search, translator, unit converter, e-sports updates, and so on. You can update your Bing app from here.

As far as the OneDrive app goes, the Android version has now received the sought-after feature – Chromecast support. It will allow users to stream media files on Chromecast-enabled devices, including TV. You will notice a Cast icon in the top toolbar. To start mirroring the content, tap on the button and choose the device you want to cast to. The latest versions are currently being rolled out to select markets right now. We’re expecting them to be available for all users in the coming days. Separately, Microsoft is exploring a new way to allow its users to earn Microsoft Rewards point. Users can earn it through Microsoft Search. According to reports, users can earn the rewards when signed in select 365 services with a school or work profile. The feature is likely to roll out next month. “Users in your organization will have the ability to earn Microsoft Rewards points when signed into select Microsoft 365 services (Microsoft Search in Bing) with their organizational (work or school) account,” according to the description.